Crop circles are not left by aliens, but by microtornados, researchers from the United States have found. About this and other causes of the mysterious phenomenon tells "BBC». 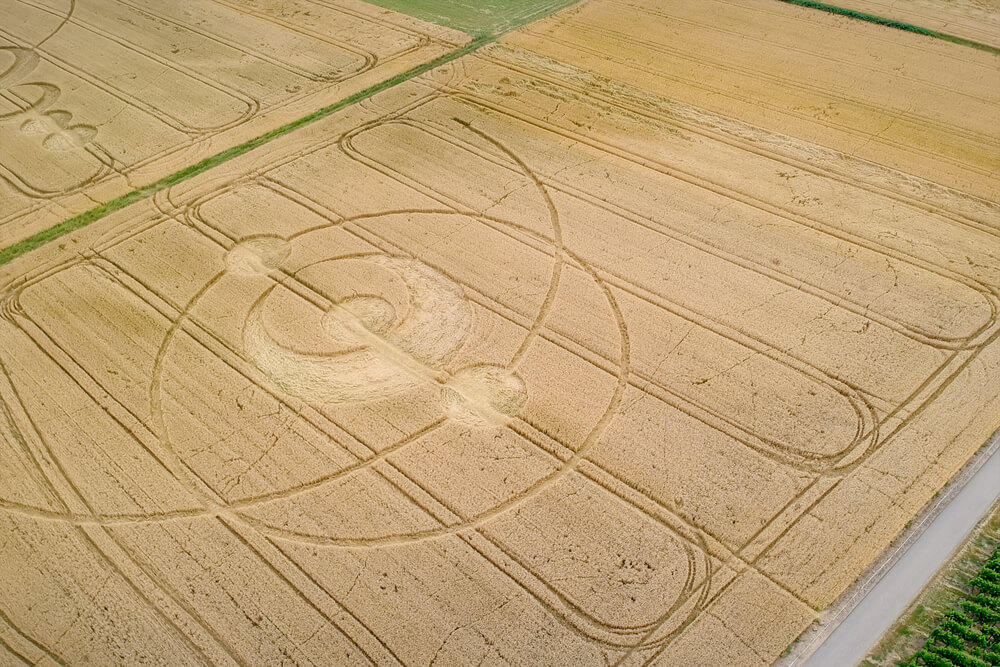 The end of the twentieth century was marked by a growing flurry of reports of mysterious crop circles. This coincided with the growing popularity of ufology and supposedly observed flying saucers. The British were the first to report mysterious figures in the 1972 year, but the peak of finds occurred in the last decade - only in the 1990 year about 500 of such circles were found. As the phenomenon was covered in the media, the number of finds went to thousands.

Photo Shoot: Millions of people gathered to storm the secret base of the United States to save the aliens

Over time, the figures became more complex. So, the figure discovered by 14 on August 2001 in Wiltshire has a diameter of about 450 m and consists of 409 circles.

In fact, the first mention of the phenomenon appeared in the XVII century

In 1678, a brochure entitled The Devil Mower was published in Great Britain, where a characteristic figure with horns and hooves was drawn, mowing two circles on the field.

In 1686, professor of chemistry at Oxford University Robert Plot wrote a book, The Natural History of Staffordshire, which described this phenomenon. In 1880, an article in Nature magazine was even dedicated to crop circles.

“Wheat sprouts on the field were badly mashed, but not completely, but only in places. From a distance they looked like perfectly round spots, ”amateur researcher John Rand Kapron described his observations. - I could not find any clear explanation for the correct geometric shape of these sections. We can only assume that some strange whirlwind worked here. ”

In September 1991 of the year, Britons David Chorley and Douglas Bower admitted to creating circles. According to them, they made the first pattern in 1978, inspired by photographs of paths left on agricultural fields with agricultural machinery. They provided videos of the creation of circles, after which hundreds of Britons, Canadians, Americans, Australians, Indians, and even Japanese followed suit. 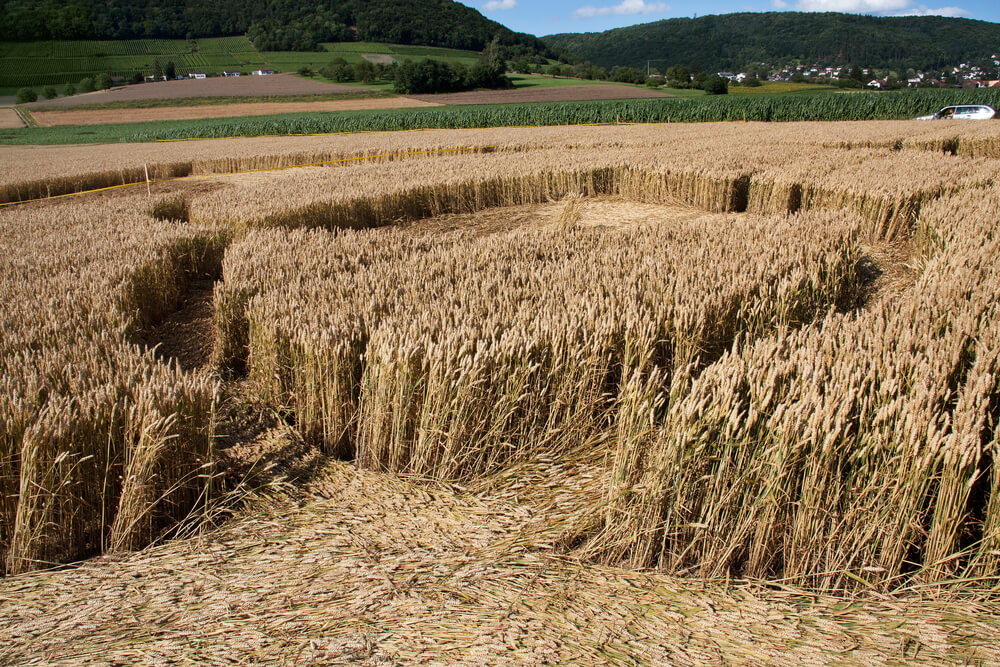 Statements about the creativity of the circles had little effect - people continued to believe that flying saucers appeared on the fields and the number of "specialists" in ufology grew exponentially.

Subsequently, circles began to appear in Russia, sowing confusion in the hearts of gullible citizens. In 2001, Komsomolskaya Pravda correspondents conducted an experiment - Using a walk-behind tractor, they created a circle in the Moscow region and took a couple of ufologists to it. Those, although they first suggested that the circle could be fake, eventually agreed that the probability of a UFO landing at this place is 93-95%.

Photo Shoot: 'This is what': US Navy pilots talked about encounters with UFOs

“The circle, of course, is an alien. The fakes are not like that at all, ”the“ experts ”confidently stated.

So the publication managed to show that, if desired, even supposedly knowledgeable people can see traces of an alien visit in an amateur craft, and a trace of a UFO hub in a hole from a stake. 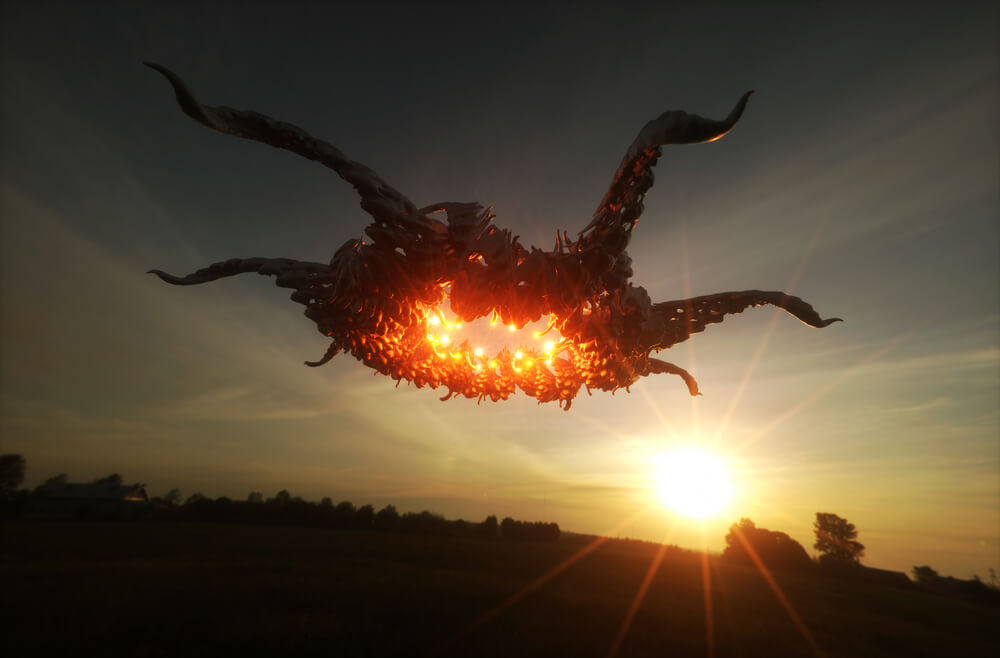 However, not all crop circles are made by people. After studying dozens of such figures, American researchers from the Biophysical Laboratory, located in the settlement of Grass Lake, found that most of them are the result of exposure to microtornados. Air rotates clockwise and crushes plants. In addition, such vortices have a charge, so dust particles that get inside can emit light. This explains the luminous lights that witnesses say about the sudden appearance of mysterious circles.

“Repeatedly documented elongation and bending of stems selected in formations in the interval from several hours to several days after they appear in the fields, the frequent occurrence of cavities, as well as the fact that the formation of circles occurs in accordance with the law of absorption of electromagnetic energy of Bouguer-Lambert - Bera - all this indicates the involvement in the process of formation of cultures of intense plasma energies transmitted very quickly, ”the authors of the work write.

So, in 2013, German researchers found that circles with a diameter of 2-40 m in southwestern Africa were formed, apparently, due to termites. The so-called “witch circles” look like round bald spots with grass growing wildly around the edges, and their appearance, of course, is also sometimes attributed to aliens. According to local myths, these are traces of gods or plots of land once poisoned by the breath of an underground dragon. 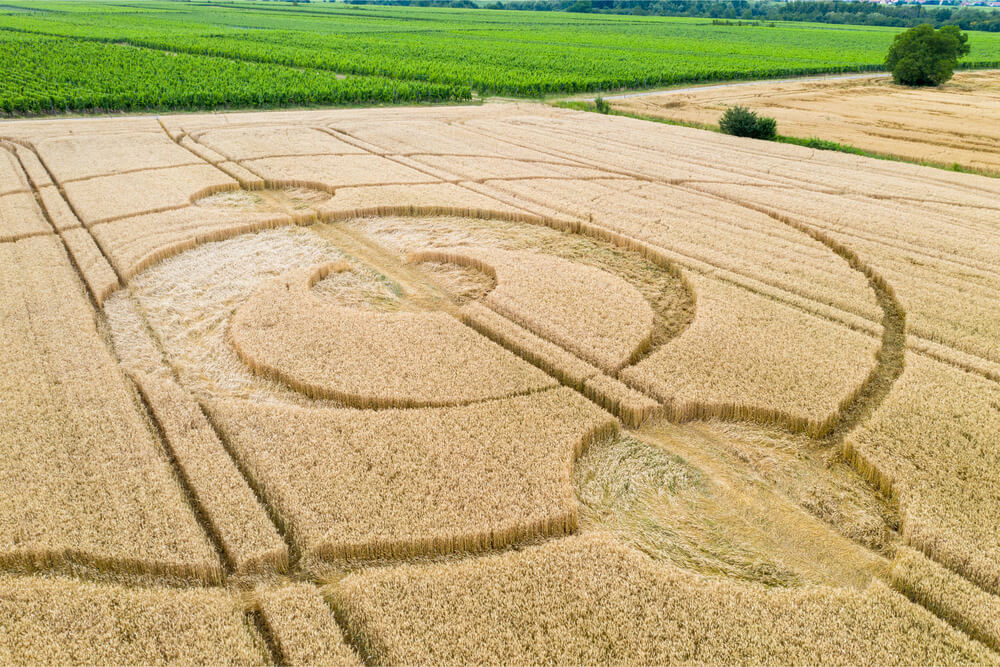 Researcher Norbert Jurgens found that these circles are traps for moisture: in their center there is no vegetation that sucks and evaporates water, so it quickly seeps through the sand and remains under the surface for a long time.

The scientist suggested that circles form under the influence of biological factors, and studied the species composition of their “population”. It turned out that only a few species of insects are often found in witch circles, and in all seasons and in all circles only one species was found - the sand termite Psammotermes allocerus. To check whether termites are the cause of circles or only “colonists”, Jurgens examined young, only nascent circles and found many termites. It was they who ate the roots of the grass, laying their underground galleries, which led to the appearance of bald spots and the birth of circles.

On the subject: Scientists have shown how aliens may look

And in 2016, specialists from Princeton confirmed this version with the help of computer modeling, making additions to it - the reason was also in the struggle of plants for moisture, which is so lacking in the desert. The combination of grass chasing a valuable resource and the collision of termite colonies led to the formation of circles.

Some of the most complex figures are indeed traces of intelligent civilizations, not alien, but ancient terrestrial.

Historic England archaeologists have proven that these are traces of prehistoric settlements, burial mounds and places of worship.

The fact is that in some places the foundations of ancient buildings have been preserved underground, and in these places the fertile soil layer is much thinner. Because of this, cereals grow worse and dry faster in very hot weather. As a result, dark and light stripes are formed in the fields, repeating the contours of ancient buildings. So mysterious figures can serve as a good clue for archaeologists.

One way or another, there is still no evidence that aliens leave circles, despite the long history of studying the phenomenon - all the data comes down to anecdotal evidence and the conclusions of “specialists” who do not know what a hole looks like from a stake.

'Show the UFO!': More than 1 million people gathered to storm the secret '51 Zone' in Nevada

'This is what': US Navy pilots talked about encounters with UFOs