Eduardo Posso was supposed to attend school and live in Florida with his sister, father and stepmother. Instead, 12-year-old boy 24 May was declared dead in Indiana hospital; Doctors discovered signs of prolonged bullying, lack of care and starvation on his body. CNN. 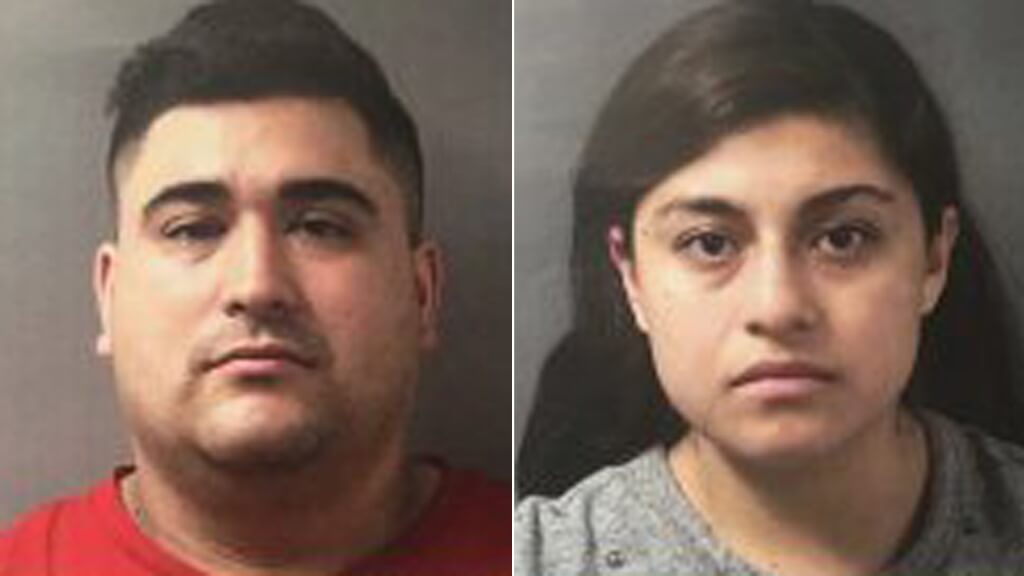 His 32-year-old father, Luis Posso, and 25-year-old stepmother, Diana Medina-Flores, were arrested and charged with murder, negligence, illegal detention and bondage of a minor. Militiamen say the couple slowly starved Eduardo at a motel in Bloomington, Indiana.

Posso and Medina Flores are held in the Monroe County Correctional Center, the court appointed them with bails of 500 000 dollars each.

Mother said she didn’t know where her children were

Eduardo's mother, Aurea Garcia, said that she did not even know that her son had left Florida. She became aware of this last week, when the police came to her house.

Garcia says that at first she thought that the police were going to talk to her about taking her children away from her father, who, she said, had offended Eduardo.

“I thought my son had finally told about everything, someone would find out about the situation and they would help him,” said Garcia.

On the subject: In New York, the mother is accused of killing a child who swallowed the drug

But the officers came to the woman’s house to inform her of her son’s death.

“When they told me what happened, I just went crazy. I screamed. My husband was holding me back, ”Garcia admitted.

According to the investigation, the boy was tied in the bathroom.

Eduardo’s death was qualified by a medical examiner as a murder. The cause of death was complications from hunger and lack of medical care. The hospital staff, where they brought the boy, noted that Eduardo was severely exhausted and had bruises, lacerated wounds and ulcers all over his body.

In the last weeks of his life, Eduardo was tied in a bathroom in a motel: the boy was tied to a heated towel rail, wearing an electric collar around his neck.

His family lived in a motel in Kokomo, Indiana, while Posso and Medina Flores worked in a traveling circus, handing out advertisements.

During the interrogation, Medina-Flores told investigators that the family moved from Florida after “repeated incidents” with the Florida Department of Child Care.

On the subject: The teacher adopted a sick child to save his life

According to her stepmother, 23 May Eduardo fell ill and was too weak to even eat, later he allegedly lost touch with reality. The woman stated that the following morning the boy’s body was cold and his father took him to IU Health Bloomington Hospital.

The boy went to the hospital unconscious and was soon declared dead.

Three other children living with a couple of children - a 9-year-old girl, a 5-year-old boy and a 2-year-old boy - were placed in the care of child protection services and were in good condition.

After Eduardo’s death, investigators found on the stepmother’s cell phone a video on which Eduardo was lying in the bath. The video shows how Medina Flores and the other child enter the bathroom, ignoring Eduardo.

After Eduardo’s death, investigators also found chains, cords, retaining cuffs, an electric collar and padlocks under one of the two beds in the motel room. They also found a message in Spanish on Posso’s phone, which said: “Eduardo was almost not tied.” It was also discovered selfie Posso with an attached Eduardo.

Medina Flores confessed to the investigators that her husband had beaten Eduardo with a belt, shoes and hands, moreover, according to her, the man tied the boy with ropes and cords more than ten times. Initially, the woman denied that she was aware of the abuse of a child, but then acknowledged that she knew it.

Medina Flores reported that her father also used an electric collar to shock Eduardo. She told investigators that when they didn’t take Eduardo with them for distribution of promotional booklets, they tied him in the bathroom and watched him with a video.

On the subject: 10 the most expensive and cheapest child care states: calculations

Posso during interrogation confirmed his wife’s claim that he had hit his son with a belt, but denied that the boy was not fed, and did not indicate the cause of several other injuries to Eduardo.

According to Garcia, she knew that the ex-husband was rude to their children, this was one of the reasons they broke up. But she did not think that he was capable of what he was accused of.

"It never occurred to me that he was going to do something so terrible like what he did. How could you do this to your son? Starve him to death, put him in chains, beat him ... How could you even think about that? ”- the woman is horrified.

She said that her son was a sweet child who often stood up for his 9-year-old sister. She last saw him on Thanksgiving 2017 of the year.

Garcia said that her son looked thin then, but he told her that he was just on a diet.

She and Father Eduardo broke up in 2015, and divorced in 2016. After the divorce, Posso took the children and never returned them to her. She says that she missed the custody hearing, and therefore the father was given full custody of the children.

Garcia thought they still live in Florida because she paid child support to an address in Florida.

Garcia hopes that the death of her son will push others not to remain silent if they see the child abuse.

“If you see a child who is being mistreated, no matter where it happens or if you know his name, say so. Do not be afraid, this way you will save the child from the hands that hurt him, ”said Garcia.

Top 11 states with the most expensive child care

What you need to know about divorce in the United States

How do immigrants protect themselves in case of domestic violence