Home In the U.S. Will take away work from a person: Elon Musk presented a prototype of a humanoid robot

Elon Musk's Tesla unveiled a prototype of its humanoid robot, dubbed Optimus. Making a bet on artificial intelligence, manufacturers have set themselves the goal of changing physical labor in the future. Writes about it The Washington Post. 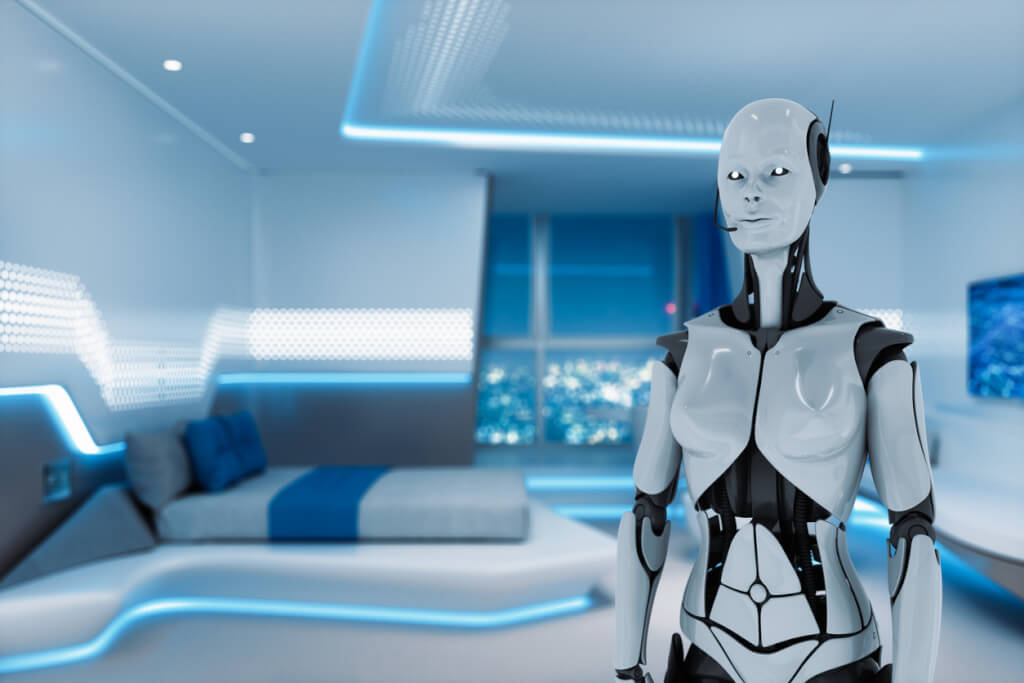 The robot entered the stage and demonstrated a range of motion, waving its arms in greeting and moving its arms in the air. A Tesla spokesperson said the robot was running its computer on full autopilot. The company has launched a high-tech presentation of its efforts to develop and train the robot, from its first steps to more advanced features.

“This is literally the first time a robot has worked itself on stage,” Tesla CEO Elon Musk commented.

The robot had visible wiring and equipment, and he hobbled clumsily around the stage, greeting. The next generation of the cyborg was also shown.

Musk shared his plans. He wants the robot to be produced on a large scale, sell for less than $20, and have basic physical capabilities such as the ability to move all fingers independently and opposing thumbs so it can control tools.

“The robot means future abundance,” he assured. — A future without poverty. Where people can get everything in terms of products and services.”

“This is truly a fundamental transformation of civilization as we know it,” he said.

On the subject: Higher education is optional: Elon Musk and other large corporations are ready to take people after courses

Tesla said its latest-generation robot is powered by a Tesla computer chip with Wi-Fi and LTE (long-term evolution) capabilities similar to a mobile phone, as well as audio and cyber security features. The manufacturer explained that the humanoid is powered by a battery with a capacity of 2,3 kilowatt-hours, which is much less than required for an electric vehicle.

The company designed the robot with the same mass production goals in mind as it did with the development of a car, so they assured the robot could be built quickly. Tesla said it could use the robot to perform tasks in its factories, which employ thousands of workers.

Investors and financial analysts have expressed skepticism that Tesla will eventually be able to build a robot and have advised instead focusing on projects closer to Tesla's core business, i.e. electric vehicles.

Musk wants to solve one of the most difficult problems of robotics and artificial intelligence: how to create a machine that can replace a person.

For years, companies including Amazon and Google have been working on building robots that can move, pick up or manipulate objects with mechanical claws or hands. That “Holy Grail” of technology that would allow companies to replace humans with tireless robots has never materialized.

Musk unveiled a humanoid robot at the same event last year. He said that the cyborg would be non-combatant, about 5 feet 8 inches (172 cm) tall. It will be designed to help with repetitive tasks and open up a future where physical work is the choice. Critically, Musk said, a person can "run away from it and most likely overpower it."

On Friday, Musk acknowledged the difficulty of this year's demo compared to last.

“As you know, last year it was just a man in a robot suit,” he explained.

The Tesla robot is part of the company's long-term effort to usher in a new era of automation in which computer algorithms participate in human-like decision making and expand their knowledge independent of human input.

The country is struggling with a labor shortage that has left a huge percentage of manufacturing jobs unfilled; companies are coming up with new ways to automate work previously done by humans. The effort has faced criticism from trade unions but has also been acclaimed as it could improve worker safety and open up new opportunities.

If all goes well, Optimus could cut manufacturing jobs, which make up roughly 10 percent of the U.S. workforce, or $500 billion in annual wages, Jean Munster, managing partner at Loup Ventures, writes in an analysis.

“The global market for manual labor is many times larger than manufacturing labor in the US,” he added.

However, Musk is known for over-promising, especially when it comes to timelines. In 2019, Tesla unveiled the Cybertruck, a truck with shatterproof windows, but the windows shattered on stage during a demo.

The computer on which the robot runs is based on Tesla's Total Self-Driving System, which offers a set of features that allow cars to maneuver without driver intervention, and is in beta testing with 160 vehicles on public roads. But Tesla notes that drivers should always be careful.

Musk said he fears that artificial intelligence could one day outsmart humans and put us at risk. He called AI the biggest threat to civilization, but assured that by creating a Tesla robot, the company will be able to ensure its safety.

"Obviously we're just making the parts needed for a useful humanoid robot, so I think we should probably build one," he said last year. And if not us, then someone else will. I think we should do it and make sure it's safe."

The company said the robot could help with repetitive tasks such as working with cars or driving to the store.

Musk said he sought to "convince some of the most talented people in the world to join Tesla and help bring the robot to life and bring it to scale so it can help millions of people."

Like some of Tesla's previous products, the humanoid robot didn't have a set release schedule. But when asked about when it will be available to the general public, Musk said people "probably will be able to get" Optimus within three to five years.