Pandemic COVID-19 overshadowed many serious problems that still face humanity, but sooner or later they will have to be solved anyway, writes Air force. 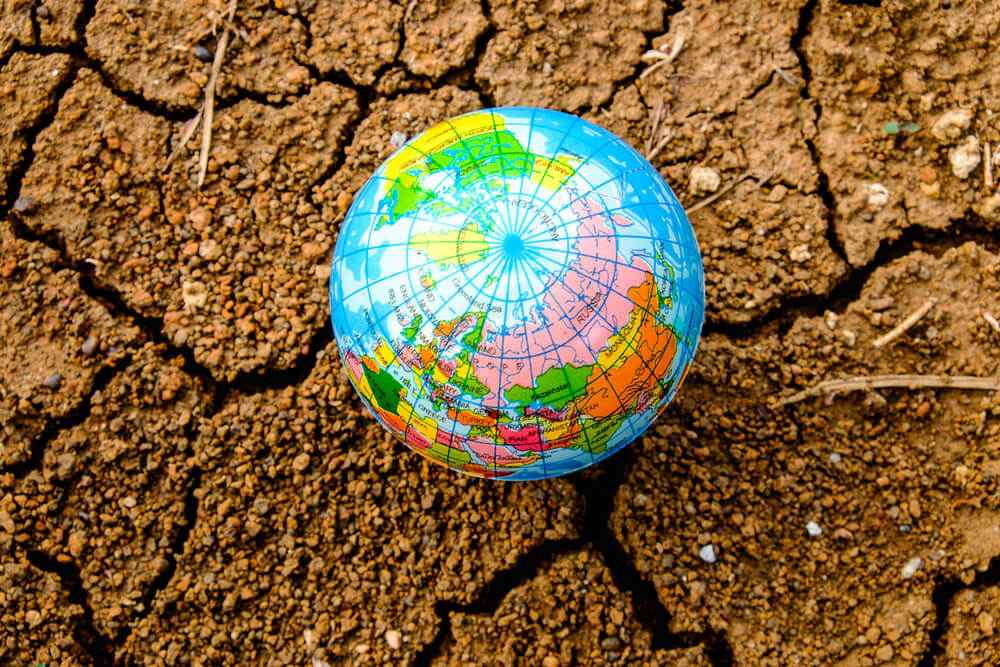 This is not surprising: the epidemic has affected the whole world, it threatens the lives of people, raises many questions relating not only to the fight against the epidemic, but also the entire life of society.

It is already too late to deal with some of the problems that have fallen off the agenda due to coronavirus. Others remain relevant or even more intractable.

Some governments take advantage of the fact that all attention is focused on COVID-19to push through their long-standing intentions.

Here are four main issues that one way or another will have to deal with in the coming weeks and months.

The threat of a new nuclear race

The Russian-American Strategic Arms Reduction Treaty (START-3) expires at the beginning of February next year. This is the last major arms control agreement inherited from the Cold War era.

It can be extended by mutual agreement of the parties, but there is nothing left for this.

If this does not happen, real fears will arise that, in the absence of checks and lack of transparency, a new nuclear arms race will begin. The danger is increasing due to the development of new secret weapons, such as hypersonic missiles that can maneuver in flight.

There is no time left to develop a new comprehensive document. Russia shows signs of readiness to renew the treaty, which is legally uncomplicated.

However, the administration of US President Donald Trump intends to withdraw from the agreement if China does not join it, and Beijing does not see the slightest desire.

So, if Washington doesn’t change its mind at the last minute or if a new owner doesn’t come to the White House, the strategic offensive arms system will become history.

On the subject: 'It is only gaining momentum': the global economy faces a crisis worse than the Great Depression

The scandal that arose because of the US withdrawing from the 2015 agreement on the Iranian atom, known as the Comprehensive Comprehensive Action Plan, is about to escalate even more.

The UN embargo on the supply of a number of modern weapons to Iran remains in force. Its validity expires on October 18 of this year. The United States is seeking an extension. Iranian President Hassan Rouhani has already announced the grave consequences of such a move.

True, Russia is likely to veto it. In this case, the White House intends to get the European allies to enact the clause of the 2015 agreement stipulating the resumption of large-scale economic sanctions against Iran in case of its refusal to comply with the agreement.

In May 2018, the United States withdrew from the "action plan" and since then has increased pressure on Tehran. The Iranians responded by violating many of the clauses of the treaty, although not always in an irreversible manner.

A rather unusual picture is emerging: the United States, under the threat of sanctions, is demanding that Iran comply with the agreement from which it itself came out. As one high-ranking official of the Barack Obama administration put it, they also want the cake to be, and they want to eat it.

As a result, America’s relations with Iran will become even worse, and friction is likely with European allies. At the same time, the current arms embargo has not yet forced Iran to change its behavior in the Middle East region and has not significantly affected its ability to arm clients.

Brexit: still on the agenda

Many have almost forgotten about it.

Meanwhile, the clock is ticking: the transition period during which Britain and the EU must agree on future relations ends on December 31.

The negotiations that were underway were at a preliminary stage, and now they are practically hanging in the air. The government of Boris Johnson does not even hint at the possibility of extending them after the New Year.

The coronavirus pandemic has created a new situation: everyone faces an economic downturn, which will have to be overcome for years.

Finally, the British simply got tired of this topic.

The first reaction of the European Union to the crisis with COVID-19 presented the block in a not very favorable light, although recently the EU ranks have rallied. Britain, too, cannot serve as a good example.

The United Kingdom leaves the EU in a tense atmosphere of recession and a less friendly world. Will this increase the tendency of both sides to compromise?

So far, the parties have not found a common language. Brussels insists that close economic ties, a huge volume of trade, vital for both parties, must be maintained, and for this, Britain must follow certain EU rules to guarantee fair competition.

London replies that Brussels still cannot grasp: the United Kingdom is now a completely independent state that does not intend to sacrifice any part of this independence.

Negotiations on specific critical areas, such as fishing, are still at an impasse.

And then London will have to answer other economic and diplomatic questions. To what extent do they identify with America? How far can one go in confronting China?

The choice will now be tougher than it would be yesterday.

On the subject: Not only coronavirus: in 2020 cruel natural disasters await the world

The fight against the pandemic can be seen as a testing ground for testing the ability of the world community to tackle together perhaps the largest and most complex global problem - climate change.

As for international cooperation, the experience came out very ambiguous. And the difficulties that will remain even after the epidemic will only complicate everything.

The UN Climate Conference, due to be held in Glasgow in November, has already been rescheduled for next year. But the point, of course, is not only the resumption of the negotiation process.

How will the state of mind change? Will the old sense of importance and urgency return? How much will the new world order contribute to rapid progress on the climate front? These questions are still waiting for an answer.

Problems that coronavirus and quarantine exacerbated

Because of the coronavirus pandemic, the number of starving people in the world can doublewarns the World Food Crisis Network.

April 29 World Health Organization (WHO) warnedthat mortality among children around the world could increase as the coronavirus pandemic forces some countries to temporarily stop vaccinating against other deadly diseases, such as polio.

“At least 21 countries report a shortage of vaccines as a result of quarantine designed to slow the spread of COVID-19, Said WHO Director-General Tedros Adhan Ghebreyesus at a press conference at the agency’s headquarters in Geneva. “The tragic reality is that the children will die as a result.”

Studies show that due to the fact that all attention is focused on coronavirus, undiagnosed and untreated cases of tuberculosis will lead to the death of 1,4 million people. The head of the global partnership for tuberculosis (TB) said: according to studies, millions of people will become infected with tuberculosis as a result of restrictions due to COVID-19.

Against the backdrop of the coronavirus pandemic, cases of tuberculosis are not diagnosed, and many patients are not treated during quarantine. This will set global tuberculosis control efforts back five to eight years.

Venus with a surprise: how quarantine 'affects' even a distant planet