Home Educational program From taxi drivers to billionaires: who will be affected by the tax hike under Biden

The president's and other Democrats' plans to raise taxes will affect people with a wide range of incomes, writes MoneyTalksNews. 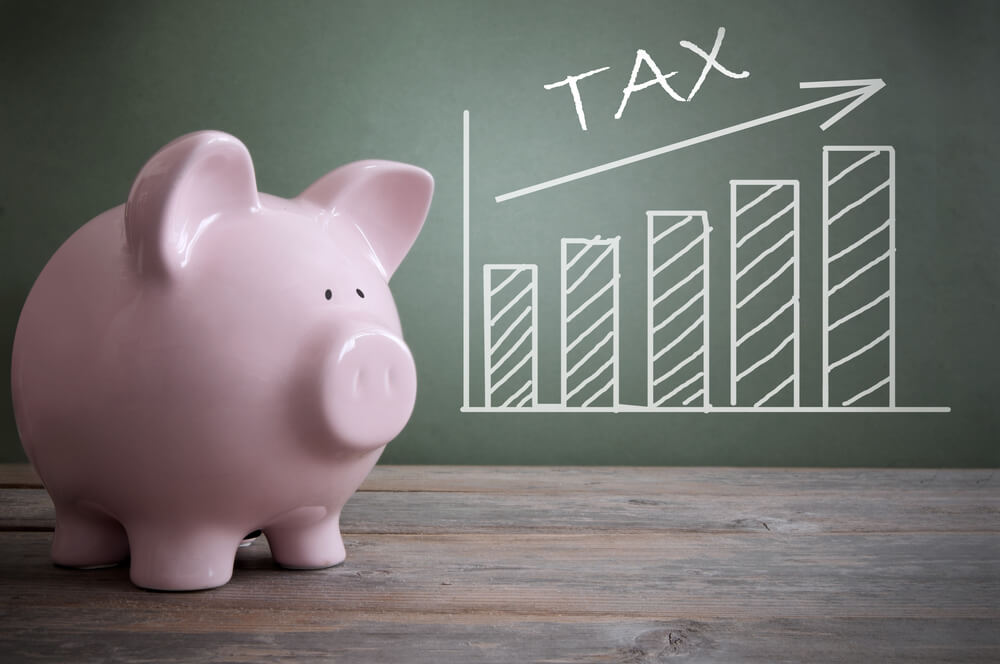 Raising taxes for the rich and corporations was a central part of Joe Biden's campaign, and he confirmed in a recent interview with ABC News that it remains on his presidential agenda.

In addition, several members of Congress recently presented their plans to raise taxes.

Consider some of the groups of people and types of legal entities that are likely to face tax increases under Biden. They cover a wider income range than you might imagine.

This is the only tax change that has already occurred. The American Rescue Plan Act, which Biden signed into law on March 11, requires online gigonomy platforms such as Uber, DoorDash, Airbnb, Etsy, and TaskRabbit to report payments to an employee with the IRS if the employee earns at least $ 600. Previously, this threshold was $ 20.

Technically, this is not a tax hike, because such workers generally had to report their income to the IRS at all times. But the change is likely to have the same effect as the tax hike: an increase in federal government revenue. This is expected to generate about $ 2031 billion in additional tax revenue by FY8,4, according to Roll Call.

The first sentence Biden made after ABC News said on March 16 that he would raise taxes was:

"Anyone who makes more than $ 400 will receive a tax hike from small to significant."

The president did not provide any further details on the type or extent of tax increases that such people can expect. Payroll taxes, also known as FICA taxes, include social security and medical care taxes that are withheld from employee salaries. However, there is now a social security tax revenue cap of $ 142 for 800. This means that workers who earn more than $ 2021 this year will not pay Social Security tax on earnings that exceed this threshold.

Another possibility for people making more than $ 400 is an actual income tax hike, according to the Biden administration's as-yet-private plans, which were recently leaked to Bloomberg.

Biden also mentioned raising the corporate tax rate to 28% in an interview with ABC. This will partially reverse a key change made to the Tax and Employment Cuts Act of 2017, which then President Donald Trump signed into law: a revision of the federal tax code in 2017 lowered the corporate tax rate from 35% to a flat 21%.

4. Individuals with the highest income

The Tax Cuts and Jobs Act also temporarily lowered the tax rate for individuals in the highest tax bracket from 39,6% to 37%. In his interview, Biden mentioned an increase in this rate, indicating both 39,8% and 39,6%.

During his presidential campaign, Biden called for "raising the maximum personal income rate to 39,6%." Beginning in the 2020 tax year - for which returns are due this spring - the maximum individual tax rate applies to people whose taxable income exceeds:

The basis increase applies to fixed assets such as stocks, bonds and real estate, which are inherited. As the nonprofit tax fund explains:

"The increase in the base rate lowers the capital gains tax liability on property transferred to the heir by excluding from taxation any increase in the value of the property that occurred during the life of the deceased heir."

"Some regulations that were either withdrawn or had low priority under Trump would have limited access to tools to cut inheritance tax bills, effectively acting as a tax hike without hindering tax legislation in an equally divided Senate."

In addition, the White House expects an increase in property taxes, according to a Bloomberg report on the administration's still private tax plans.

On the subject: Taxes and immigration status: what you need to know in order not to make mistakes

The increase in the capital gains tax rate for individuals earning at least $ 1 million a year is also part of the Biden administration's tax plans, Bloomberg reported. Capital gains are profits from the sale of fixed assets such as stocks and bonds.

While no details have yet been released, Biden's official campaign platform provides some insight: it called for such people to pay the same capital gains rate they pay on ordinary income such as wages.

Large corporations are not the only type of business that can receive higher taxes under Biden. According to Bloomberg, the administration's private tax plans include "tax cuts" for so-called transit businesses, although it is unclear exactly what this will entail.

According to the tax fund, transit operations are the most common type of business in the United States. These include S corporations and limited liability companies. They also include sole proprietorship, a business structure often used by self-employed people.

Now the corporate tax rate of 21% does not apply to the transit business. They pay based on income, just like individuals, which means that now rates are as high as 37%. But Trump's Tax Cuts and Jobs Act created temporary tax breaks for transit taxes, allowing individuals to deduct up to 20% of their business income against their taxes.

This is not Biden's proposal, but if Wall Street's tax bill becomes law, it would increase taxes during Biden's term. The bill, presented in both the Senate and the House of Representatives in March, calls for a 0,1% tax on every sale of stocks, bonds and derivatives.

Senator Brian Schatz described the bill as an attempt to discourage high-volume speculative trading, but it does not differentiate between types of traders. An additional tax of 0,1% generally applies to any buyer or seller in the United States.

Another recent congressional effort to raise taxes is the Supermillions Tax Act, which was introduced on March 1 by Senator Elizabeth Warren and representatives Pramila Jayapali and Brendan Boyle.

According to Warren, they will be charged:

The IRS will strengthen control over personal income from online sales: what will change