Home loudspeakers From the first person. How does American parenting differ from ours?

From the first person. How does American parenting differ from ours?

In every society, the education of the younger generation has its own specifics. We, parents, without thinking, raising children in the same way as our mothers and fathers, grandmothers and grandfathers. However, as soon as you move to another country, you begin to understand the difference in approach. That's what I saw after I moved to America from Belarus.

1. American parents always offer choices. Is it clothing, food, toys, etc. Is the clothing not suitable for the weather and not combined? Nonsense! It will be cold to the child - he will dress, he will get wet - he will change clothes if he wants. Well, and does not want - this is his choice.

I admit, at first I was greatly surprised at the children in slippers at almost zero temperature and inside she just shouted a voice: “Where are the parents looking? After all, the child is sick! ”. Time passed, and I realized - this is the style of education such. And, most importantly, it suits everyone, but children are not twitching in trifles - the child is allowed to do everything that does not threaten his life.

In this regard, “our” children are also surprising, but at the other extreme - why is it necessary to envelop the child in such a way and control him at the same time, while controlling almost every step ?! For us, the norm is a surprise for Americans. 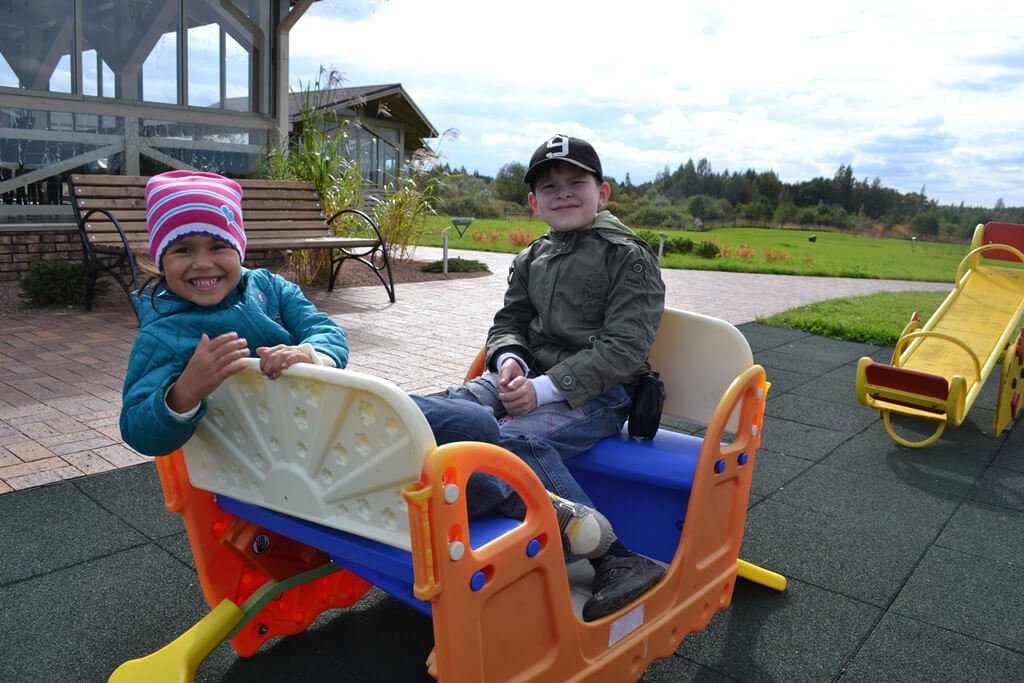 2. Many American parents teach their children to be independent from an early age. An example is the 2-year-old child of my neighbors, who is left alone during the day (there is video surveillance in the room!) In the room for about an hour. Gradually, the time increased to 2 once a day for an hour. At first, the kid was a little afraid of loneliness, but gradually he learned to engage himself in playing. And such examples can not lead 1 and 2.

3. In my opinion, one of the amazing features of the American style of upbringing, which, of course, is present in “our” families, but to a much lesser extent, is the joint spending of children and parents. It does not matter whether it will be an evening game in “Monopoly” or a ball, sitting by the fire or a walk - the main thing is that everything is together and near. Family!

4. Very carefully in classic American families they follow moral issues. Even the youngest children on the beach - always in a bathing suit, and European swimming trunks for men and boys - the top of indecency. At the same time, for many of my compatriots, it is not considered shameful or indecent when the kid on the beach runs without clothes at all, which is amazing, if not to say differently - it upsets Americans. More than once she witnessed when “Russian” parents on the beach were asked to wear at least some clothes on the child.

5. Since quite a young age, many children are taught to manage money and have personal accounts. Not to say that today it is surprising for me (with my own son I spend this training from 6 years), but more often than not, “our” children are not taught how to handle money, bills and checks. The maximum that is entrusted is to go to the store with a specific amount and detailed mother's instructions.

6. Uncompromising in the matter of responsibility is also, in my opinion, one of the defining features of the American approach. It doesn't matter what it will be - the main thing is that the child is responsible for this. The requirements for this are structural, simple and understandable, often written on paper and posted in a prominent place. Business and responsibility for it always stand above all.

As for “our” upbringing, we, Russians, are more loyal in matters of principles. Often the harsh sentence: “You lose your misconduct ... of the tablet, watching TV, computer set-top box (underline the necessary),” after persuading the child to transform into a softer version with conditions or canceled altogether: “Promise me that there will be no more this time I will forgive you, but if the next time it happens, then ... ”. Undoubtedly, the delighted child immediately promises everything that is demanded of him, and happy returns to what was previously forbidden by “harsh” parents.

7. Very few American grandparents are actively involved in raising their grandchildren. Your children are your problems, and we have a life with our grandfather! And that's all. Extremely clear and understandable. Therefore, Americans go with children everywhere, starting with the most tender age. The option is a nanny or a neighbor’s teenage daughter, who is not averse to making extra money (undoubtedly, with a responsible attitude to the matter of the latter). The presence of children everywhere often surprises newly arrived immigrants.

As for the citizens of the United States, they are surprised by something else - why, having raised children, “Russian” grandmothers and grandfathers, instead of enjoying life, take on their elderly and weak shoulders the new burden of responsibility for the next generation.

8. Many Russians, and I am not an exception, are surprised by the fact that there is no maternity leave in the United States and the opportunity to raise a child until the moment when it becomes more independent and can fully participate in social life.

When I said that in our homeland the decree lasts for 3, the Americans literally bombarded me with questions about how to be able to raise a child before they reach the 3 age and at the same time: (1) not lose their job; 2) receive a monthly cash benefit.

9. Material encouragement of children for homework is also unusual for Russians. But this fact exists in very many American families. I did the job qualitatively - I got a cash bonus. Poorly - rework, and the money only after the parents get a satisfactory result. 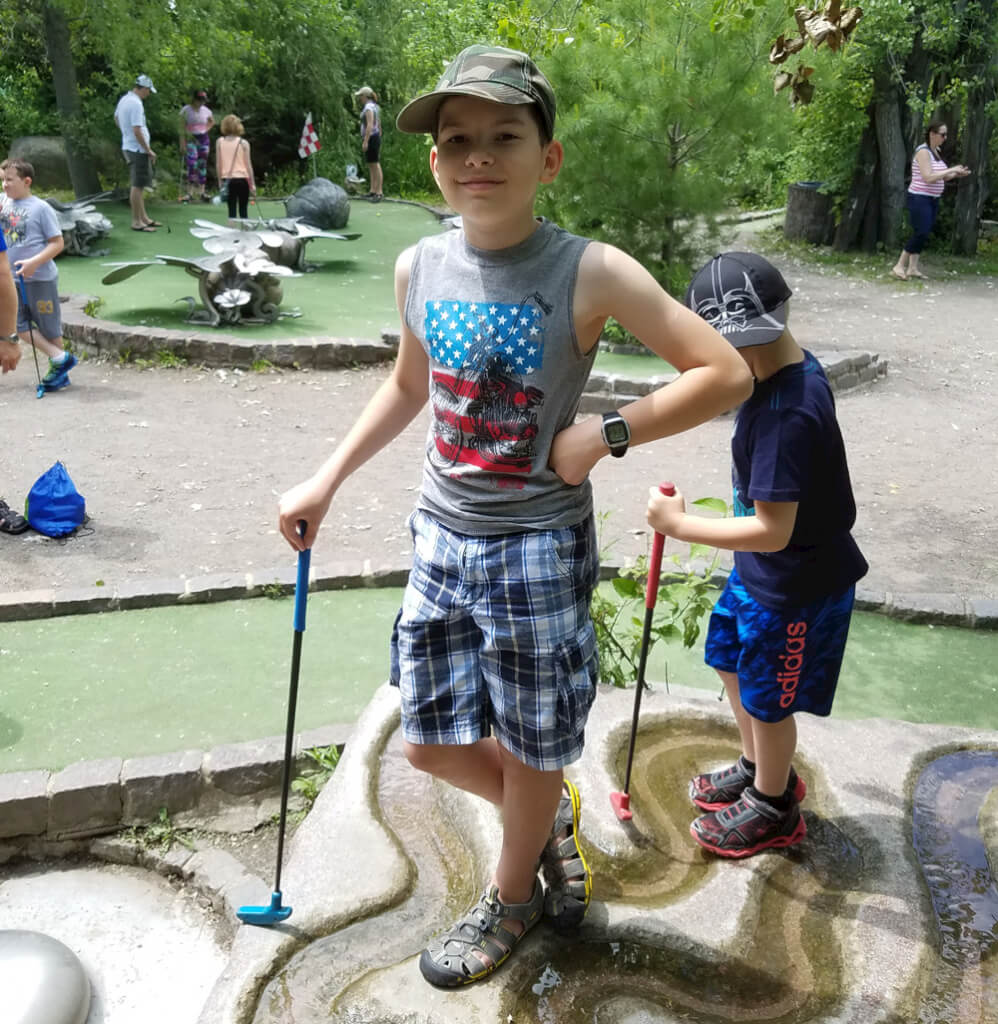 10. What distinguishes American children from “ours” so much is individualism. The USSR and its collectivism is not so far away from us. The current 40-year-olds are still “born in the USSR”. And our children are also covered with this mental touch, no matter how much we strive to level it. Here, perhaps, the parable about the broom is well suited, when one twig breaks, but not many. American children are different. They grow in a cultured and carefully cultivated individualization. Their opinion is taken into account. The whole system of education and upbringing is aimed at individualization of the individual, starting with families and ending with many businesses. It turns out to do it or not - this is a question of another order ...

Communicating with many Americans, I see how strong the myth is that the “Russians” are “ushanka, vodka and bear”, and the Americans are “fat hamburger eaters”. But gradually this mutual surprise is erased, and the environment gets used to non-standard behavior, and it is so nice to see how stereotypes are gradually moving away, and people are beginning to understand why we and our children are what they are.

Personal experience. How to get kids to school in New York

Personal experience: New York through the eyes of a novice

How to avoid mistakes when renting a home in the US

How much is a month living in california