Home Educational program From the first person. 6 tips for economical shopping in the US 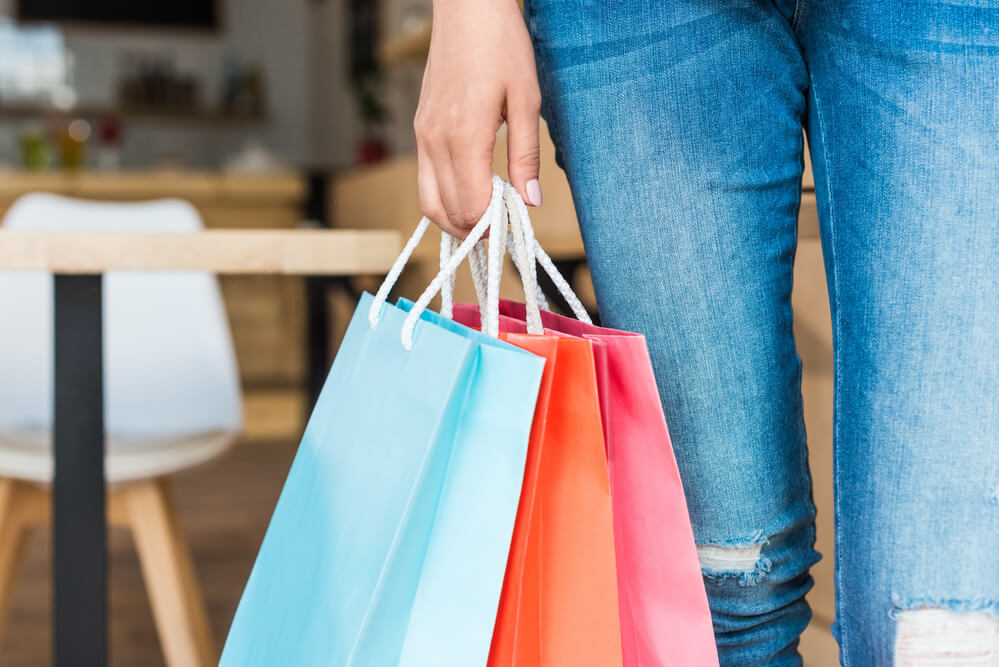 Many immigrants who have just arrived in the United States have to save on everything at first. You can save significant amounts by buying second-hand goods - especially furniture or appliances. The specifics of life in the United States is such that many Americans often move from place to place because of their studies or work, and therefore it is quite easy to part with things. The second-hand market in the States is quite developed. Moreover, the competition among used stores is not lower than among ordinary stores.

I will talk about those options economical shopping, which I tried personally.

I think this is, in general, the first and most important site in the life of every immigrant. The site is a bulletin board where everyone can create an account and put things up for sale, offer a job, look for housing, etc.

Craigslist navigation is easy and straightforward. Screenshot from the site

Once we arrived in the United States on a student visa, the topical issue for us was saving - scholarships are small in America. My husband and I are unpretentious in terms of design, and we considered Ikea to be the main source of furniture back in Moscow. But here the closest à la Sweedish store is in Los Angeles. Delivery from there to Santa Barbara, where we live, is expensive even at affordable prices for the sofas and wardrobes themselves. So, in the first month in search of furniture, I searched the craigleist up and down. As a result, we got a beige sofa for $ 200, which initially cost about $ 600-700, and was used by the first owners for two years in the farthest corner of the living room. Sellers moved to another state, and even brought this sofa to us themselves.

Americans are very fond of such home sales on the lawn or in front of the garage. To find them, on the same kragigist you need to enter in the search box for garage sale. A typical range of garage sales: clothing, kitchen utensils, dishes, decorations, toys, electronics, tools, shoes.

Very often, such sales are also accompanied by a moving sale, that is, the sale is due to the move. Usually in such cases, the finds are the most valuable. Large furniture, appliances, kitchen appliances (often new) come true at bargain prices, which is very profitable for customers. Well, the sellers are thus trying to get rid of unnecessary things and earn some money.

I have always tried to bypass the side of the estate sale ad, which means a sale in connection with the death of the owner. But this does not stop many people. There is even a separate brokerwhere you can find similar sales in your city.

But my special love during pregnancy used garage sales of children's things. Many parents-neighbors even come together for such events. Then it is possible to choose among the ten hammocks or backpacks carrying the most suitable.

The main test for garage sales for me was the time of their implementation. In Santa Barbara County, they are held on weekends, and it all starts on the morning of 8.00 and ends around the day of 12.00. And, of course, the most tasty products are taken apart early, so if you have enough strength to come only to 10.00, you will most likely be able to dig only in broken toys and dishes. But there are merciful sellers who attribute to the ad that it is not necessary to come very early (no early morning morning birds). This means that sales start around 9.00.

Another option for inexpensive acquisitions can be considered shops at charitable organizations. There, Americans donate more unnecessary things, sometimes almost unworn or even completely new. They are then sorted out and sold at a low price. Employees of companies and volunteers claim that they are meticulously inspecting the things they have brought, but I still stumbled upon a pair of holey sweaters a couple of times.

Top XNUMX charities in the United States: Salvation Army, Red Cross, Goodwill. They do not receive commercial benefits, and the money from the sale is used for humanitarian purposes. By the way, those who donate things to such shops then receive tax benefits for charity.

There are shops that manage to make money by selling used items. They are called thrift stores, that is, shops for the frugal. They can be found by scoring in the search engine the name and the city where you live.

Some of the stores accept (and, accordingly, sell) only clothes and shoes, in others you can find everything: from furniture to a teapot. Here, goods are slightly more expensive than garage sales, although the quality is about the same. Closed premises, sorting objects and gluing labels, apparently, affect the pricing policy.

In such stores, mainly quality, sometimes even designer clothes are sold. Who, for example, will refuse new Anthropologie shorts for 15 dollars? I have not refused.

If a person decides to sell something, but does not want to arrange a garage sale because of one thing or does not want to go to the store, then the exit will be a swap shop. Initially, the idea was to give something of your own for free, and also find the one you need for free. Often these exchange shops are associated with local communities. For example, we live in a family student residence. On average, people study for 4-7 years, many come from other countries. Only few are able to sell things on the eve of exams, to transport them to their historical homeland - even more so. Then people donate them to the next generations of students.

I am one of the volunteers in our exchange store. The most popular goods are children's clothes, clothes, books, appliances and household appliances. Large goods are displayed on the Facebook page of our store, since we don’t have a place to store sofas and nightstands.

Now these exchange shops are actively expanding just in social networks. True, there is not all free. Rather, they have become a kind of kragigist for a narrower circle of people. After all, it is more pleasant to buy a non-woven wad of diapers from a mother, with whom you bring children to the pool, than from an anonymous stranger, almost for nothing.

Tip # 6. Stroll through the flea market.

The US press is often exploded with news about "a photograph sold at auction for $ 10, which was previously bought for $ 5," or "an unknown autograph of Abraham Lincoln." I was so unlucky. Flea markets that I managed to visit in California were more like the markets in the post-Soviet territory. In a specially designated place, people spread blankets or put tables and lay out their goods on them: cheap jewelry, magazines, books, records, Indian medicines, interior items. Popular rubber yellow ducks became my main acquisitions. They have a huge number of images: pirate ducks, penguin ducks, deer ducks, santa claus ducks, fisherman ducks and so on. You should not give this to a small child, since rubber is not used in them of the best quality, but they are great for funny souvenirs.

The main thing is to remember that craiglist, garage sales, flea markets call you not only to get rich, but also to communicate. Bargain, bargain and bargain again, as the sellers of the Middle East bequeathed.

Seven ways to save hundreds of dollars with a library card

Eight Tips to Save in American Stores