Experts warn against a careless approach to nutrition after a British teenager lost his sight. 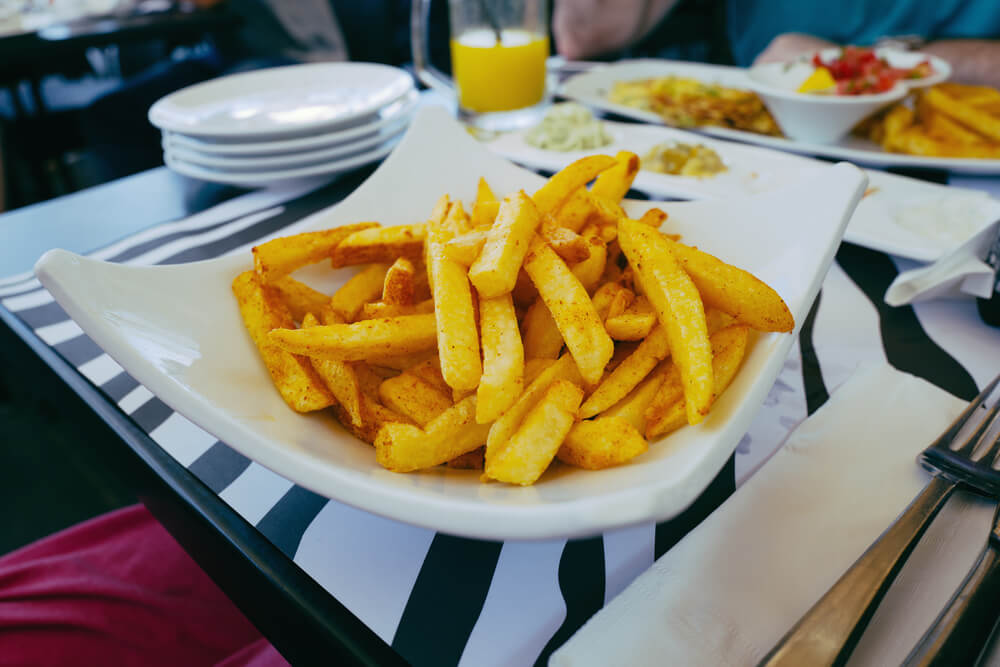 After completing elementary school, the guy in question ate only french fries, chips and white bread. Only occasionally did he add ham or sausages to his diet.

Studies have shown that the guy has a deficiency of vitamins in the body and serious eating disorders.

The teenager, whose name was not disclosed, visited the doctor even when he was 14 years old - he felt tired and fatigued. Then he was diagnosed with vitamin B12 deficiency and was advised to take nutritional supplements. However, the guy in the future did not adhere to the correct diet.

Three years later, he was taken to an ophthalmic clinic in Bristol due to progressive loss of vision.

On the subject: Personal experience: how parents in the USA prepare a child for school and how much it costs

Dr. Denise Atan, who was treating the guy, said: “His daily meal was a serving of french fries. He also regularly ate chips, sometimes ham and white bread. And I didn’t eat vegetables and fruits at all. ”

"He explained this by the fact that he simply could not tolerate certain types of food, so french fries and chips were really the only thing he wanted, and the only thing that he felt he could eat."

Ms. Atan, along with her colleagues, concluded that the guy has a serious deficiency of vitamin B12, as well as other important vitamins and minerals - in particular copper, selenium and vitamin D.

At the same time, the teenager had neither excess weight nor excessive thinness.

“There wasn’t enough minerals in his bones, which is really quite shocking for a guy of his age.”

On the subject: American Poverty: How Low-Skilled US Workers Live

The guy’s eyesight eventually deteriorated so much that it meets the criteria that allowed him to be registered as blind.

“He has blind spots, he cannot drive, and it will be very difficult for him to read, watch TV or distinguish between faces.”

At the same time, the guy can still move around without assistance - thanks to peripheral vision.

The teenager was diagnosed with nutritional optic neuropathy. It can be cured if the problem is detected at an early stage. In the event that if treatment is not started on time, then the patient will have to live with this all his life.

Dr. Denise Atan says that such cases, fortunately, are very rare. She advises parents to closely monitor the nutrition of their children.

English expressions, which are confusing, we laugh Americans