Home In the U.S. Weapons, fire and the threat of terrorist attacks: what's going on in Washington before Biden's inauguration

The inauguration rehearsal near the Capitol was interrupted, and people were evacuated due to a fire nearby, writes Pix11, citing Washington officials. The capital is restless - the city is preparing for the inauguration of the new US president. 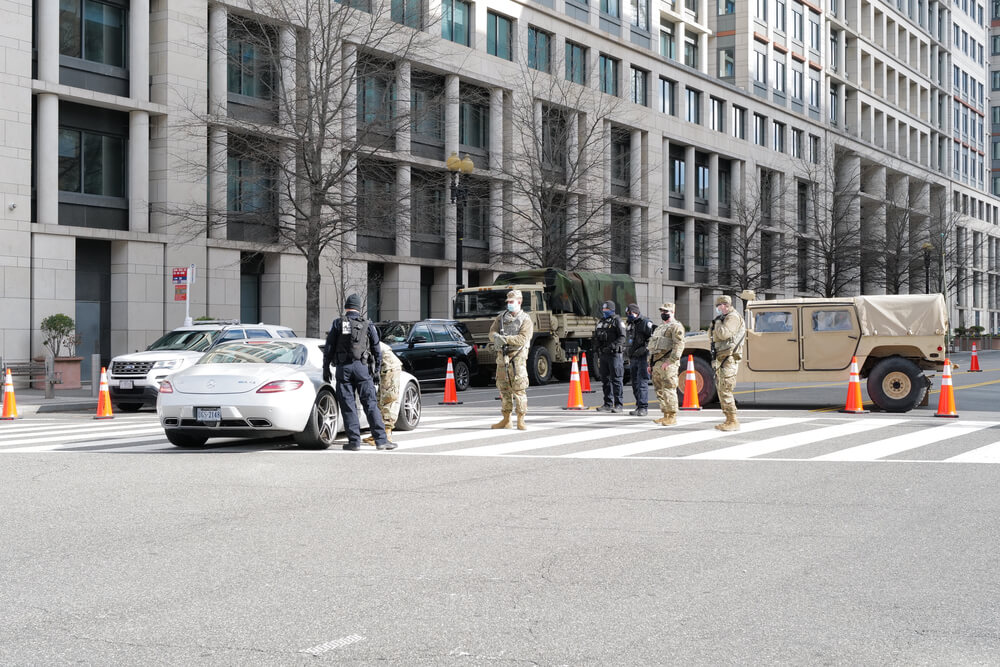 Participants in the inauguration rehearsal at the US Capitol were evacuated on the morning of January 18 due to a fire a few blocks away. Security officials said the fire posed no threat.

Washington DC Fire and EMS reported on Twitter that firefighters responded to an external fire at Block 100 on Southeast H Street, which was quickly extinguished. The brigades were called in because of the smoke visible from several blocks away. No injuries were reported.

CNN correspondent Manu Raju tweeted around the same time a warning sounded in the Capitol "urging people to stay inside and not leave because of an outside security threat."

More passengers with weapons on flights to Washington

In a report from the US Department of Justice, airlines are reporting an increase in the number of passengers at airports near Washington with weapons in their luggage. The two closest airports to the capital are located in Virginia, where firearms regulations are less stringent.

Air carriers Delta, Alaska, American and United Airlines said they are barring passengers from carrying weapons to airports near Washington ahead of the inauguration. The Transportation Security Administration, an agency founded in the wake of the 11/XNUMX attacks, said it was also strengthening the security of the event.

The agency is increasing the number of security personnel on board aircraft and at airports with dogs trained to look for explosives. In addition, the Transportation Security Administration said it checks hundreds of names before letting people on board. Federal officials managed to identify some of the persons who participated in the storming of the Capitol on January 6 - they were added to the list of persons who are prohibited from boarding flights.

“Our intelligence and verification experts are working hard around the clock to make sure that those who may pose a threat to our aviation will be under increased control or will not be able to board the plane,” said David Pekoske, head of the Transportation Security Administration.

Meanwhile, Washington itself has expanded the perimeter of the so-called "green zone" - a closed area in the central part of the city, which is under the strong protection of the US National Guard.

The FBI and the Department of Homeland Security say the risk of terrorist attacks in the capital ahead of Joe Biden's inauguration remains high.

“Extremists are worrying about their ability to act without warning, their readiness to attack civilians and unprotected targets, and their ability to inflict serious casualties with low-skill weapons,” the federal officials said in a report.

A man with a weapon and a fake inauguration pass detained

In Washington on January 16, a resident of the US state of Virginia was detained, who showed a military patrol a fake pass to the inauguration ceremony of the US president, which will be held on January 20. According to the American media, an automatic weapon and more than 500 cartridges were found with him. "Voice of America".

The man was released after a trial, according to the Washington Post. He stated that he worked as a hired security guard and, when he was driving out of the house, forgot that his firearms were left in the car. He also denied that he had a significant amount of ammunition, which the police report says.

The police did not object to his release. The Washington Post quoted an unnamed source as saying he had no extremist connections and was cooperating with the investigation.

The Federal Aviation Administration (FAA) has signed an executive order to enforce a "zero tolerance" policy for passengers who will exhibit threatening behavior on commercial flights, notes "Voice of America".

FAA Administrator Steve Dixon has signed an executive order providing for tougher punishment policies for disobedient passengers. The new measures will be valid until March 30, 2021. Violators face severe penalties, including fines of up to $ 35 and imprisonment.

Such actions by the US authorities were taken after several incidents with passengers who were traveling to participate in protests in Washington, which escalated into riots in the Capitol on January 6.

According to the administration, the need for such a step came after the recent alarming cases when passengers violated the rules of conduct during flights, showed aggression, and refused to wear masks.

Earlier, the union of America's flight attendants said that the protesters who stormed the American Capitol should not be allowed to fly from Washington on commercial flights. The union based its statement on the fear of violence in the air. This was stated by the president of the association, Sarah Nelson. The union has over 50 flight attendants from 000 airlines.

Benny G. Thompson, chairman of the House National Security Committee, supported the stewards' idea. He called on the Transportation Security Administration and the FBI to "add the perpetrators of the act of domestic terrorism - the attack on the US Capitol, to the list of those prohibited from flying."

In general, emergency security measures have been introduced in the US capital. Arrests of those who broke the law during the January 6 riots continue. The authorities are planning to close bridges and roads leading to the city.

The FBI reported that it recorded "an extraordinary amount of online talk" regarding possible unrest during the inauguration. The FBI has also issued a warning about the threat of attacks in 50 state capitals.

More than 20 National Guardsmen will be in Washington during the inauguration, said DC Police Chief Robert Conti. A fence has been erected around the Capitol, traffic in the city center is limited, patrols continue, and the possibility of closing the city center for traditional celebrations on the day of the inauguration is being considered.

The FBI announced that it is strengthening its collaboration with local law enforcement in Portland, Oregon, Louisiana and Phoenix, Arizona. California, Connecticut, Kentucky, Virginia, Washington, Ohio, Oregon, Georgia, Pennsylvania, Massachusetts, Minnesota and other states have recruited National Guards to strengthen the protection of local parliament buildings.