Home World Published rating of the happiest countries in the world: the United States entered the top 20

Published rating of the happiest countries in the world: the United States entered the top 20

Deaths and rising uncertainty keep the world on its toes, but there is good news for humanity: Happiness levels are on the rise around the world. This is one of the key findings of the World Happiness Report, based on data from a global survey of people in about 150 countries. Writes about it CNN. 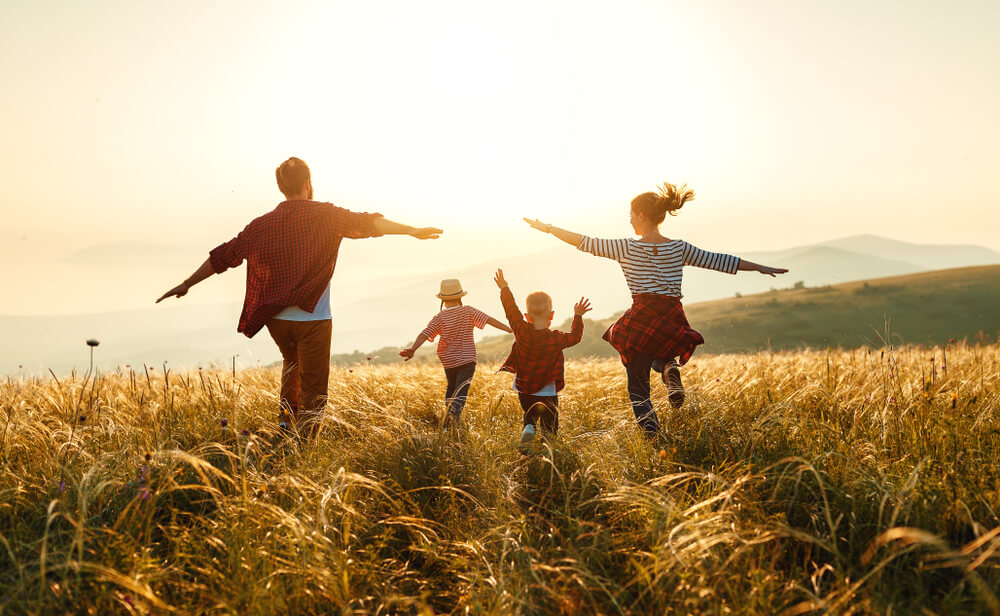 The report looks at happiness around the world - the happiest nations, as well as the factors that lead to greater happiness.

And given two years of data on the COVID-19 pandemic, the report revealed something unexpected.

“The big surprise was that globally, in an inconsistent way, there was a very large increase in all types of philanthropy that was asked about in the Gallup World Poll,” said John Helliwell, one of the three founding editors of the report.

Charitable donations, helping strangers, and volunteering have all skyrocketed. There has been a particularly large increase in helping strangers in 2021, compared to pre-pandemic times or 2020, said Halliwell, who is professor emeritus at the University of British Columbia's Vancouver School of Economics.

The report says the global average for the three factors jumped by about 25% in 2021 from pre-pandemic levels.

The happiest nation in the world is the Scandinavians

For the fifth year in a row, Finland is the happiest country in the world, according to the World Happiness Report.

On the subject: Rating of countries where it is best to move to get more and live comfortably

This Scandinavian country and its neighbors Denmark, Norway, Sweden, and Iceland scored very well on the indicators the report uses to explain levels of happiness: life expectancy, GDP per capita, social support during difficult times, low levels of corruption, and high social security. trust, generosity in a community where people care about each other, and the freedom to make key life decisions.

Denmark is second in this year's ranking, followed by Iceland. Sweden and Norway are ranked seventh and eighth respectively.

Switzerland, the Netherlands and Luxembourg are tied for 4th to 6th, with Israel in 9th and New Zealand rounding out the top ten.

Another bright spot in this year's report: Anxiety and stress have declined in the second year of the pandemic. Although in 2021 they still increased by 4% compared to the pre-pandemic period, in 2020 their level increased by 8%.

The report says that average life estimates "remained remarkably resilient" during the pandemic, with negative and positive influences offsetting each other.

“For younger people, life satisfaction has declined and for those over 60 it has risen, with little overall change,” the report says.

Halliwell admits that there is a sense that crises bring out either the best or the worst of society.

“But in general, people are too pessimistic about goodwill in the societies they live in, so when a real disaster happens and they see other people react positively to helping others, it raises their opinion of both themselves and their fellow citizens,” said Helliwell. “So you will find that both trust in others and overall life scores often go up during times that are considered bad.”

This interplay of negative and positive applies to a large extent to the situation in Ukraine, although it remains to be seen how the scales will ultimately tip. According to Helliwell, the joint work, of course, to some extent compensates for the tragedies faced by the Ukrainians.

“Ukraine has been attacked, so there will be some unification effect, but of course the actual damage is terrible,” he said.

The effect of the war on overall happiness in Russia is especially murky because government censorship distorts information that could help in the evaluation of life.

The polls on which the happiness rating in 2021 was based were conducted long before the invasion. Ukraine and Russia fall into the bottom half of the global happiness rankings in the 2022 report, with Ukraine at 98th and Russia at 80th.

Afghanistan ranks 146th at the bottom of the rankings in the 2021 report, a "strong reminder of the material and non-pecuniary damage that the war is inflicting on its many victims," ​​said Jan-Emmanuel de Neve, another editor of the report.

The current war raging in Ukraine means happiness in other parts of the world could also be shaken.

Let's hope the surge in philanthropy - in all its forms - continues into 2022.

The happiest countries in the world

Soon, most Americans will automatically increase their credit score: how and why

Top 10 Most Scenic Roads in America

Foods that reduce the risk of getting cancer

Under what conditions can Ukrainians now enter the United States: useful advice from the State Department