Home Page In the U.S. Poll: more than half of voters support Trump's impeachment

According to a published survey Fox News, just over half of voters support the impeachment of US President Donald Trump and want to be removed from office. 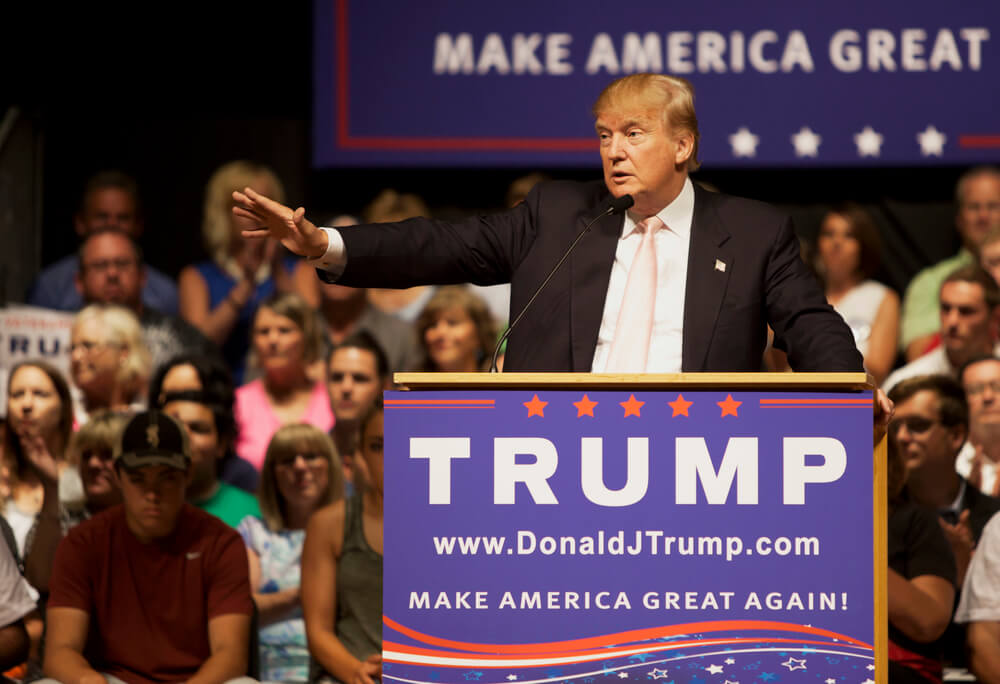 The Fox News survey, co-led by Beacon Research and Shaw & Company, Oct. 6-8, 2019, includes interviews with 1 randomly selected registered voters across the country who spoke to live interviewers on both landline and mobile phones. The survey has a sampling margin of plus or minus three percentage points.

Since July, support for impeachment has increased among voters: up to 11 points among Democrats, 5 points among Republicans and 3 points non-partisan. Support also increased among some of Trump's key groups, including white evangelical Christians (+ 5 points), non-college white men (+ 8) and rural whites (+ 10).

On the subject: The White House refused to cooperate with Congress to impeach trump

Among voters in fluctuating constituencies (where the difference between Hillary Clinton and Trump was within 10 points in the 2016 year), impeachment support increased to 52 percent, compared to 42 percent in July.

Much happened after the July impeachment poll, namely the beginning of the investigation of impeachment in the House of Representatives after the allegations that Trump unlawfully put pressure on Ukraine. However, the increase in impeachment support at 9 points since July does not seem to be based solely on recent allegations.

4 of the 10 voters opposed to impeachment give various reasons, including: Trump did nothing wrong (21%), he is politically motivated (20%) and does not believe the charges (15%).

Trump's approval fell by a couple of points to 43%, while 55% did not approve of Trump's actions. Last month it was 45-54%. Trump's approval rating has now reached 86% of Republicans compared to 89% in September.

About 51% of voters believe that the Trump administration is more corrupt than previous administrations, compared to 46% in September.

66% of voters believe that Trap is inappropriate to ask foreign leaders to investigate political rivals, while 25% are sure that this was appropriate.

Regarding Trump's telephone conversation with his Ukrainian counterpart, which lies at the heart of the impeachment investigation, 17% believe that Trump’s request was appropriate. Most are sure that this is a violation for which impeachment should be declared (43%), and another 27% convinced that the request was inappropriate, but to impeach because of this is not worth it.

Trump described the conversation with Ukrainian President Vladimir Zelensky as “perfect.” Even some Republicans support impeachment: 9% argue that the president needs to impeach, 38% consider the request inappropriate, but oppose impeachment, and 36% believe that Trump’s request during the conversation was quite appropriate.

In general, with a margin of 11 points, more and more voters believe that Trump is "getting what he deserves."

Meanwhile, voters are convinced that President Trump acts only in his personal interests. 55% as a whole and 18% of republicans say that he is doing what is best for him, and 39% believe that he puts the country's interests first.

On the subject: “Supported Trump at the direction of the Kremlin”: US Senate announces Russian intervention in the 2016 election of the year

38% say that the situation related to Trump’s relations with Ukraine is extremely alarming, while 19% say the same thing as Trump about Biden’s accusations and his son’s business relations in Ukraine.

Those politicians who support impeachment have a rating of approval lower than a rating of disapproval.

Adam Schiff, chairman of the House Intelligence Committee, is also assessed more negatively than positively at 6 points (27-33), although 4 out of 10 voters did not.

Senate Majority Leader Mitch McConnell is in the negative zone at 23 point (26-49), and 25% were unable to rate him. Voters negatively evaluate both Trump lawyer Rudi Giuliani at 22 points (31-53) and Attorney General William Barr at 14 points (24-38).

Trump has 84% support among Republicans compared to 70% for Pence and 43% for McConnell, while 69% for Democrats support Pelosi.

In general, voters remain dissatisfied with the work that Congress is doing: 21% - approve, and 63% - disapprove.

The White House refused to cooperate with Congress to impeach trump