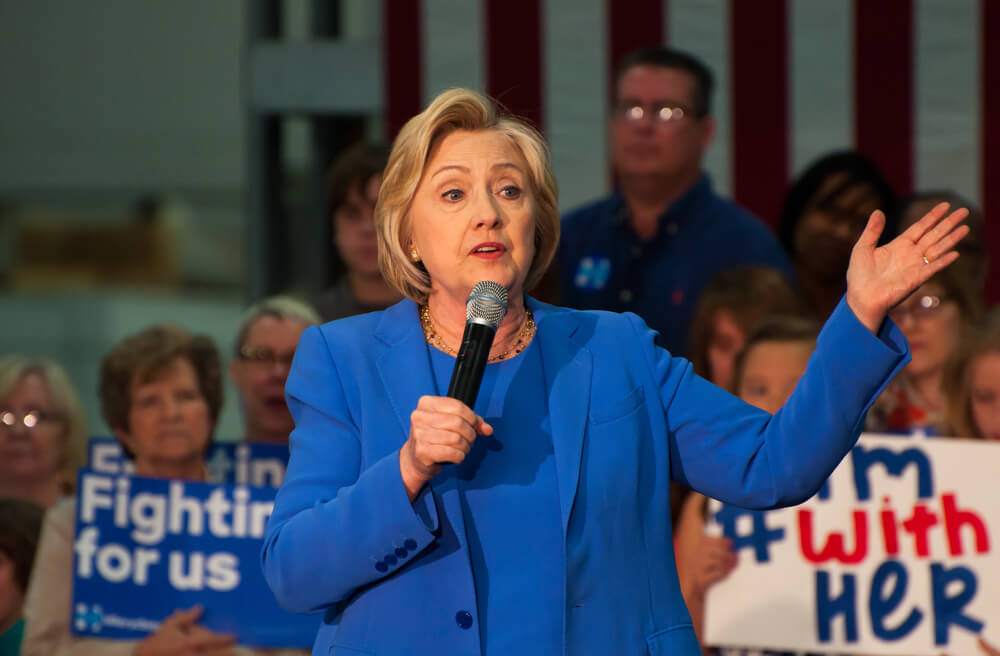 The Associated Press and GfK survey, which was conducted from 31 in March to 4 in April, included 1 076 people.

The survey participants were asked to decide for whom they would vote in a hypothetical general election, in which the struggle would be between Clinton and Trump. In this scenario, 43 percent of respondents said that their views on important issues better reflects Clinton, and 30 percent chose Trump.

Clinton also has an advantage in questions about who is better able to represent the United States in the international arena, appoint judges to the Supreme Court, solve problems related to immigration, health care and international trade, as well as cooperate with Congress. Both candidates received roughly the same marks in the field of economics, job creation and the fight against the “Islamic State”.

At the same time, Trump turned out to be the leader in the category of candidates for whom the respondents are definitely not going to vote - this is 63 percent of the survey participants. A similar poll in February put Trump at 54 percent. Keysik and Sanders were the only candidates to see improvements in this category.

The Democratic and Republican parties will officially identify their candidates for conventions in July, after the completion of the primaries and caucuses throughout the country, which take place over several months. About a third of the US 50 states have not yet held a primary election.

The following primaries of both parties will be held on April 19 in the state of New York, which occupies one of the first places in the number of delegates. Numerous polls show that in this state Trump is ahead of Cruise and Keisick by about 30 points, while Clinton is ahead of Sanders by an 15-percent margin.

2016 election: all primaries and caucuses schedule

Potential first ladies and Mr America: what are they