Home Educational program 69% of Americans Have Less Than $ 1000 Savings: How to Save More for the Future

'17.12.2019' A source:  GOBankingRates Subscribe to ForumDaily on Google News

According to the sixth annual savings study GO Banking Rates, Despite a strong economy, most Americans struggle to save money. 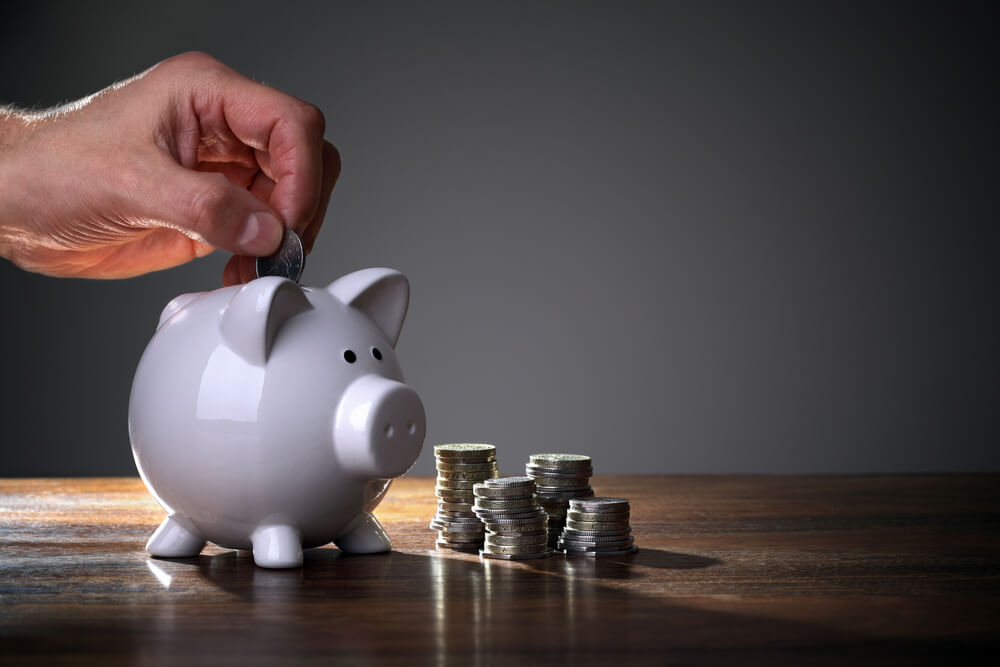 Since 2014, GOBankingRates has been interviewing Americans to find out how much they have in their savings account. In 2019, adults from all over the United States were asked six questions in order to find out how they accumulate savings and what prevents them from saving more.

The results show that, compared with the previous year, the percentage of people with virtually no savings is growing. In 2019, 69% of respondents said they had less than $ 1000 in their savings account, compared to 58% in 2018.

Respondents claimed that they live from paycheck to paycheck. In this regard, almost 33% of respondents are unable to save at all, about 20% said that the high cost of living does not allow them to save more.

About 38% believe that they will be able to save more if wages increase, and 18% said that reducing the loan amount will make it possible to accumulate funds.

33% of respondents said that they use a savings account to store their savings, 29% - do not have savings at all.

This year it has grown to 69%. This figure includes 45% of respondents who have absolutely nothing on a savings account. The percentage of respondents with a zero balance has not been so high since 2014.

“In fact, saving $ 1000 will not create enough relief to cover many emergency expenses. This amount will simply be "a starting point on the road to achieving financial security - it should not be the ultimate goal," said Bruce McClary, spokesman for the National Endowment for Credit Counseling.

Middle-aged adult women seem to have the greatest difficulty in saving money. The poll showed that 51% of women versus 38% of men have $ 0 in a savings account. And 53% of respondents aged 45 to 54 have no savings - the highest percentage of all age groups.

A quarter of Americans focus on retirement savings

In addition to finding out how much (or how little) Americans have on savings accounts, the study sought to find out why people save. In plans for 2020, 26% of respondents indicated a desire to ensure their financial security after retirement.

With no contingency cash, people end up using their retirement accounts - which is a big mistake because you have to pay early withdrawal penalties and taxes on the amount you withdraw from a retirement account, such as a 401 (k) or IRA.

On the subject: 20 professions with the fastest growing salaries

The survey showed that 19% of respondents make savings on an emergency fund, making it the second most popular savings target after retirement. The survey also showed that Americans would save more on vacation than on a car, home, or school.

Cost of living holds back Americans

“As the cost of living rises in many cities, people's budgets get tighter and tighter, leaving them with less money to save money," McClary said.

However, the biggest obstacle to saving is paycheck to paycheck living. Nearly 33% of respondents said it prevents them from saving more, up from 31% in 2018.

Adults between the ages of 35 and 44 argued that the cost of living did not allow them to save more. And women faced this obstacle much more often than men - 38% versus 27%.

According to McClary, this is a symptom of a more serious problem: "This is often the result of a person having no spending plan, and he does not track what he spends and does not track his income."

According to McClary, it’s worth the time to sit down and make a budget. It can help people break the vicious circle. 9% of respondents said that not knowing how to make a budget prevents them from saving more. A financial literacy survey conducted by the National Credit Counseling Facility in 2019 found that less than half of Americans have a budget and they carefully monitor how much they spend.

Given that paycheck-to-paycheck life was cited as the main obstacle to saving, it is not surprising that respondents felt that the most important thing they needed to save more money was a higher paycheck. About 38% of respondents said that a higher salary would save them more.

Decrease in credit or decrease in debt is the second reason that prevents Americans from saving more - about 18% chose this option. While respondents said the high cost of living is one of the main barriers to savings, only 9% said moving to an area with a lower cost of living is the first thing to help them.

Americans prefer savings accounts, but many don't have savings

The study found that respondents who save are more likely to keep their money in a savings account, about 33% of them. However, an almost equal percentage of respondents - 29% - indicated that they have no savings.

A savings account can be a good place to store emergency funds because money is easily available. But this is not the place to place pension savings, because interest rates on savings accounts are relatively low. For long-term savings, accounts such as 401 (k) and IRAs are definitely better because of the tax breaks they offer. They also allow you to invest in stocks or mutual funds, which usually offer a higher rate of return than traditional savings accounts.

How Americans Can Save More

Although the survey showed that Americans face various barriers to saving, McClary said that there are simple steps people can take to set aside more and improve their financial security.

“Find motivation to keep. Knowing what to save and being motivated are two different things. Therefore, if you need support to save money, think about the consequences of not saving, "McClary said." Think about the future problems: if your savings account remains empty, the picture is pretty dire. It may motivate you to do something right now. ”

Make saving a priority. You do not have to wait until the end of the month to see how much money you have left to save a certain amount. Instead, you should create a budget and include savings at the top of your core spending list. To determine how much you can allocate, add up the costs that you have to cover and determine what non-essential expenses you can cut to save.

This does not mean that you should give up everything that you like. Look for free and cheap alternatives. Also, look for ways to lower your monthly bills by comparing rates with other service providers or by negotiating with your current providers.

Automate Savings. To save money, ask your human resources department at work to deposit part of each salary directly into a savings account.

Find someone to hold you accountable. Share your savings goals with a friend or family member or seek professional help. According to McClary, the National Credit Counseling Facility has member agencies in all 50 states where you can sit and budget for free.

Stop worrying about failure. According to McClary, the main reason people don’t care about the budget and don’t save is because they are afraid of failure. Instead of being afraid to make a mistake, admit that you can stumble from time to time on the way to achieving your financial goals. Just make a commitment to learn from these mistakes.

In which states do Americans pay the most and least taxes

Glassdoor rating: 10 of the best American companies to work in 2020 year