Main page In the U.S. 'He will win a landslide victory': Trump returns to big politics

In his first post-presidential appearance next weekend, Donald Trump plans to announce that he is the "prospective Republican nominee for 2024" and has a tight-knit party base, they said. Axios Trump's top allies. 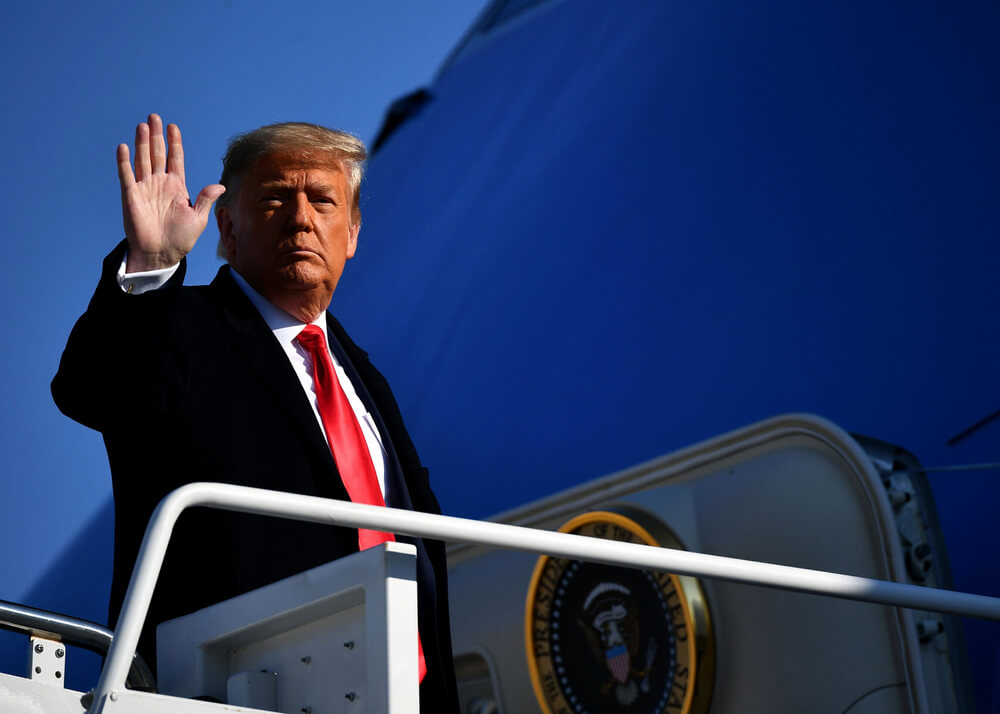 The longtime adviser called Trump's speech "a show of strength" and said the message would be: "I may not have Twitter or the Oval Office, but I'm still in charge." Payback is his main obsession.

Axios has learned that Trump's advisers will meet with him this week in Mar-a-Lago to plan his next policy steps and set up a mechanism to establish leadership over the medium term of 2022.

Trump is expected to create major problems for some of those who crossed his path, and heap money and support for the highest priority candidates. State officials who have recently denounced Trump's critics are ready to back him.

Why it matters: Trump's Sunday speech at the CPAC in Orlando is intended to show that he controls the party whether he's running in 2024 or not. His advisors argue that his grip on the Republican Party is deeper and broader than ever, and that no amount of force can break him.

The big picture is that the few Republicans who spoke badly about Trump after the election, including members of the House of Representatives who voted to impeach him and senators who voted to condemn him, found themselves contested and condemned by parties in their states.

Many of Trump's confidants think he'll pretend to run away, but he ultimately fails. He knows that opportunity - or threat - gives him leverage and attention. But the advisers say that is not the case. This week's meeting will focus on putting on the brakes.

Trump plans to argue in his speech that many of his predictions regarding President Biden have already come true. A Trump source said: "As in 2016, we will win again in Washington."

On the subject: Trump's immigration promises: what he managed to fulfill in 4 years of presidency

48 US Vice President Mike Pence told a group of conservative lawmakers that he maintains a close personal friendship with 45 President Donald Trump, while noting that he plans to create a political organization that will protect the reputation of their administration over the past four years.

Rep. Jim Banks, an Indiana Republican who chairs the conservative Republican research committee, said CNNthat a group of party members gathered at the Pence transition office in the Washington area on the afternoon of February 23 to discuss their party's next steps as well as tout past achievements.

Pence did not dislike Trump over the January 6 riots, when protesters stormed the U.S. Capitol, and many sought Pence, who presided over Congress's confirmation of Joe Biden's victory.

“He spoke very positively about his relationship with President Trump,” Banks told CNN. "I realized that they often talk and maintain the same personal friendships and relationships as they did four years."

Banks said he expected Pence, who declined an invitation to speak at this week's Conservative Political Action conference in Florida, to become more visible in the coming months.

"He will create an organization to defend the success of Trump and Pence over the past four years," Banks said.

Pence, who once chaired a Republican research committee, told lawmakers that the current political dynamic is akin to 2009, when Democrats controlled both houses of Congress and the White House.

“He talked about how in 2009 there was a new Democratic president, a Democratic House, a Democratic Senate - how similar that moment was to this moment,” Banks said. - The massive spending agreement that Democrats pushed for in 2009 met with opposition from every House Republican. It definitely looks like the 1,9 trillion dollar bill we're talking about this week. "

Banks added: “The more Democrats overestimate their strength, the more interim results like 2010 to reclaim the majority. He kind of feels the similarity of that moment to the present. "

Trump is a likely candidate in the 2024 election

Senator Mitt Romney said in a February 23 interview that if 45 President Trump runs again in 2024, he is likely to win the Republican nomination. Fox News.

“He has the biggest voice and the biggest influence,” Romney told the New York Times. "I don't know if he plans to run in 2024 or not, but if he does, I'm pretty sure he'll win the nomination."

Romney noted that "a lot can happen before 2024," but in recent polls comparing Trump to other would-be Republican candidates, he said "he's winning a landslide."

He added that he has not voted for Trump in the past and has no plans to do so in the future.

Shortly after the November elections, Romney told Meet the Press: “I believe that the vast majority of people who voted for Donald Trump want to make sure his principles and policies are being followed. So yes, it will not disappear in any way. "

The Utah senator is one of the most outspoken critics of Trump in the party and was the only GOP senator to vote to convict Trump in both impeachment cases.

"There is no doubt that he will play a key role in politics for a long time to come," Eric Trump told Fox & Friends this week. He added that there are “75-80 million people who will follow his father“ to the ends of the earth ”and will love him because they“ love what he stands for ”.

Trump is also likely to back the main contenders for a midterm Republican victory who voted to impeach him, he said.

Some critics of Trump's impeachment said the Democrats wanted to denounce him and ban him from running again because they did not want to run against someone who received more than 74 million votes. President Biden received more than 81 million votes, making Biden and Trump the two highest-voted recipients in U.S. presidential history.

Eric Trump believes his father is the "modern Republican party" that has resurrected an old one that is incapable of victory.

“I think my father showed the Republican Party how to win again,” he said.

Senate did not support Trump's impeachment, but they still want to deprive him of the right to engage in politics

Trump's housing issue: why neighbors want to evict the president from Mar-a-Lago