On July 27, the Olympic Games in Tokyo will play 22 sets of awards in swimming, fencing, taekwondo, judo, diving, rowing, weightlifting, equestrian sports, rowing slalom, cycling and softball. More details about the Olympics were told by with the BBC. 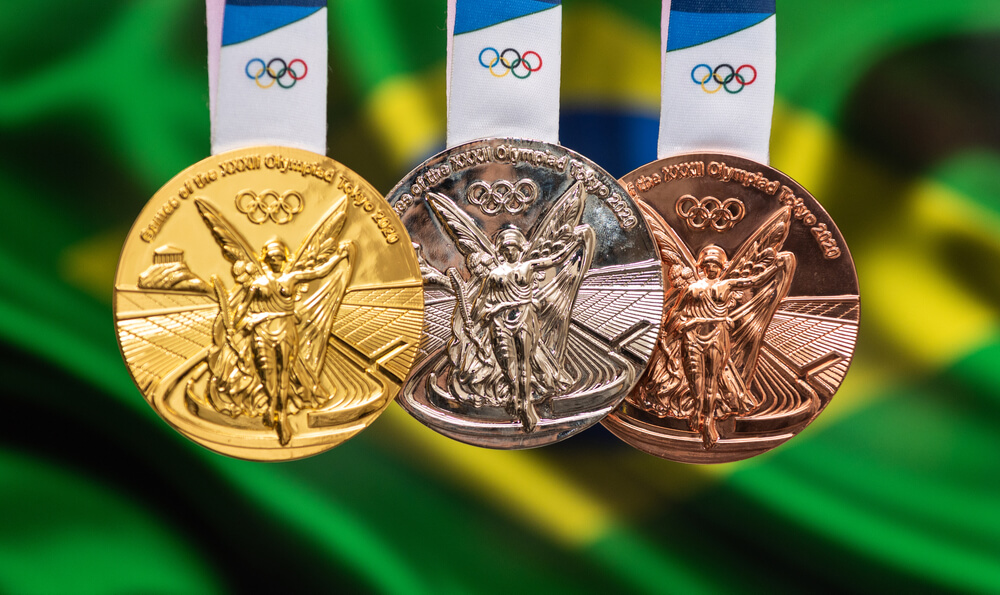 The gold medal in the all-around gymnastics is the first in the collection of Russian athletes in the history of the competition. Lilia Akhaimova, Victoria Listunova, Angelina Melnikova and Vladislav Urazova won gold in Tokyo.

The previous Russian victory in the women's team all-around gymnastics at the Olympics was in 1992 in Barcelona. Then Svetlana Boginskaya, Oksana Chusovitina, Rozaliya Galieva, Elena Grudneva, Tatyana Gutsu and Tatyana Lysenko performed under the Olympic flag as part of the united team.

In addition, Russians Yulia Karimova and Sergei Kaminsky also won Olympic bronze medals in air rifle shooting from 10 meters, and Yevgeny Rylov became the Olympic champion in swimming at a distance of 100 meters on the back.

Four-time Grand Slam champion Naomi Osaka lost in the third round of the Olympic tournament. The Japanese woman who lit the fire at the opening ceremony of the Olympics dropped out of the competition without a medal.

All representatives of the top 3 in the women's tennis tournament - Ashley Barty, Naomi Osaka and Arina Sobolenko - lost before the quarter finals.

On the first competitive day of the Olympic Games in Tokyo, Daria Bilodid won a historic award for the entire Ukrainian women's judo - she won the “bronze”.

Ukrainians Elena Kostevich and Oleg Omelchuk received a bronze medal in the mixed team competition in shooting from an air pistol from 10 meters, writes Hromadske.

Coronavirus and discrimination at the Olympics

The International Olympic Committee (IOC) said the containment of COVID-19 at the Olympics is progressing well. Since the beginning of July, only 155 people who took part in the games have tested positive for COVID-19, with an overall positive rate of only about 0,02%.

“I think many countries would be incredibly, incredibly happy with this figure,” IOC spokesman Mark Adams said at a press conference.

The committee also noted that it is investigating cases where Olympians refused to compete for political reasons. The Israeli national team is being boycotted.

For example, Algerian wrestler Fethi Nurin was sent home after refusing to fight Tohar Bootball. Nurin said he could not fight an Israeli because of the conflict between Israel and the Palestinians.

“The IOC studies every case that is transferred to us, we investigate everything that we receive, including from third parties,” the IOC said. - Equality and tolerance are the principles of the Olympic Charter, and we will not deviate from them. We will take a tough stance on all cases where athletes face discrimination. ”

But both of them were unexpectedly bypassed by the American Lydia Jacoby.

Schonmaker finished second to win silver, while King finished third to take home the bronze medal. Jacoby is the first swimmer from Alaska to qualify for the Summer Olympics.

Hundreds of people gathered at the train station in Seward, Alaska, Jacoby's hometown, to watch the competition, and cheered when she bypassed Schonmaker in the final leg.

Also noted in swimming and Chase Kalish, who also won first place in the competition. Also, the "gold" was chosen by the US team in the "Royal Swimming", led by 13-time world champion Caleb Dressel, reports "Voice of America".

Dressel is called next Michael Phelps, who won many medals and broke many records at the past Olympic Games. In total, he is the owner of 23 gold medals. He managed to break the ancient record, which was held for more than 2 years. The fact is that of Phelps's 000 gold medals, 23 were received in single heats, which allowed the American swimmer to break the record of the ancient athlete Leonidas from Rhodes, who won 13 individual awards.

Katie Ledecky, a native of Washington DC with Czech roots, takes part in the Olympics, and although she was ahead of her during the swim in the last 100 meters, she has many more competitions planned, so she has every chance of getting a "gold" medal, and perhaps not one. At the same time, in total, she already has 7 Olympic medals, and she is also a 9-time world champion.

Not without sensations, but already without medals, the American basketball team, which is considered one of the strongest opponents and consists only of famous world-class athletes, lost for the first time in 17 years of competition. It is worth noting that they lost to the French national team, where there are also a lot of famous basketball players.

In total, there are already 7 gold medals in the United States, the country is in second place after Japan (8 gold medals). The third place is taken by China (6), and the fourth - by Russia (4).

And in terms of the total number of medals (and for 2-3 places), the United States already has as many as 14 medals, they are in second place, only China, which has 18 medals, was ahead of the country, and Japan (12).

Why Americans love cruises so much