One of the main streets in the Pechersk district of Kiev was named after US Senator John McCain, who died in August 2018 of the year. Writes Rtvi with reference to the City Council website. 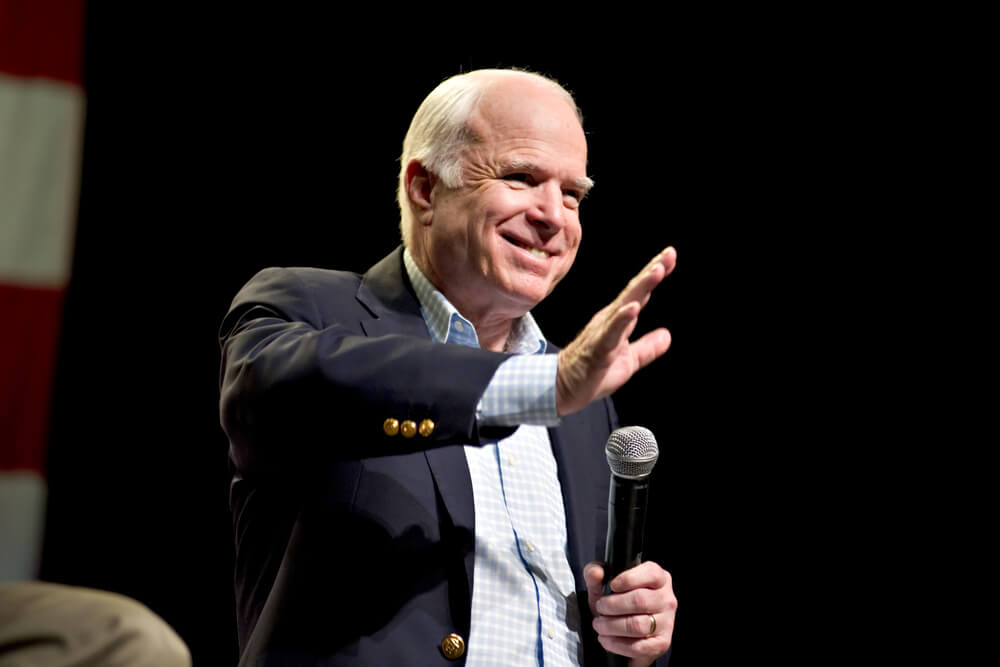 The initiative was supported by 71 of 120 deputies of the City Council. Kiev authorities also received consent from the family of the American politician.

The name of Senator McCain will now bear the street Hero of the Soviet Union, Ivan Curls. During World War II, Kudrya was a scout and led an underground reconnaissance and sabotage group in Kiev. He devoted his activities to the struggle against "Ukrainian nationalists."

The authorities in Kiev chose this street because McCain fought for democratic values ​​and “defended the interests of Ukraine,” the website says. Residents of the city also offered to name the street in honor of the senator - they, together with public organizations, registered the appropriate petition.

Mccain is dead in August 2018, from glioblastoma - an aggressive form of a brain tumor. In 1982, the politician became a member of the US House of Representatives from the Republican Party, in 1987, he became the senator from Arizona, he was re-elected five times. In the 2000 year, he lost to the George W. Bush primaries on the choice of US presidential candidates.

The politician supported the course of Ukraine on integration with Europe. In 2013, he spoke in support of the protesters in the center of Kiev, saying that "Ukraine will make Europe better, and Europe will make better Ukraine."

John McCain decided to stop the treatment of brain cancer