One COVID-19 vaccine could lead to blood clots

The vaccine process against COVID-19 with a vaccine developed by AstraZeneca and the University of Oxford is currently on hold in several countries in Europe and Asia after reports of blood clots in some vaccinated people. Writes about it CNBC. 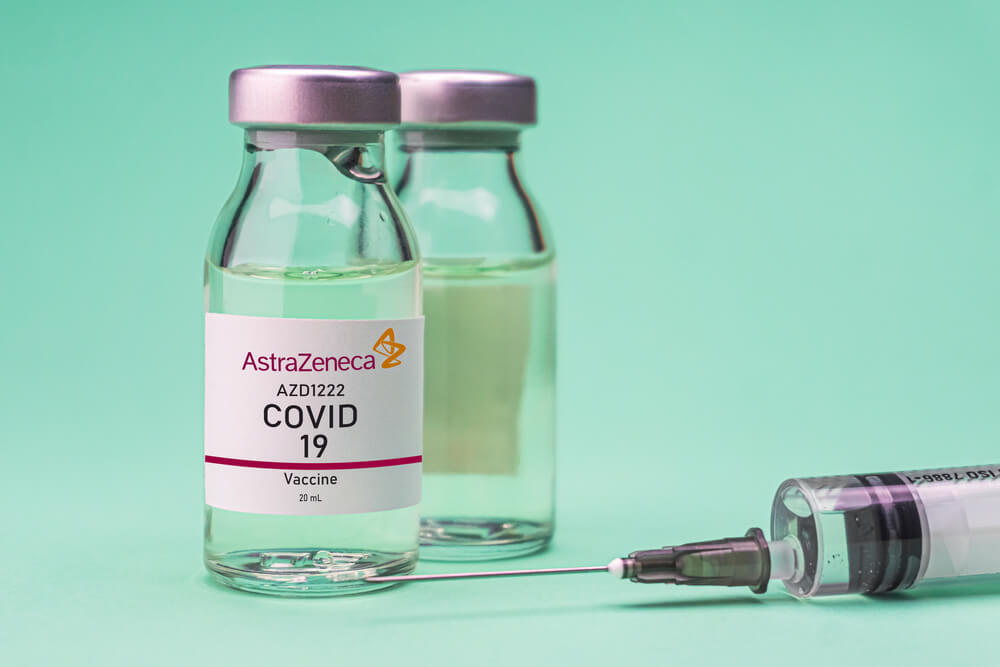 However, many countries have defended the use of the vaccine and said they will continue their vaccination campaigns.

On March 12, Thailand became the first country in Asia to stop using the vaccine for safety reasons shortly after Denmark announced a two-week hiatus in its vaccination campaign when there were reports of clotting and one death.

As a result of a failed vaccination campaign in Europe, seven other countries have also suspended the use of the Oxford-AstraZeneca vaccine: Norway, Iceland, Bulgaria, Luxembourg, Estonia, Lithuania and Latvia.

Meanwhile, Austria and Italy have said they will stop using certain batches of the vaccine as a precautionary measure.

The European Medicines Agency (EMA) stressed: there is no indication that vaccination causes blood clots. The regulator still believes that the benefits of the vaccine "continue to outweigh the risks."

The EMA acknowledged that some Member States have suspended the use of the Oxford-AstraZeneca vaccine, but said vaccinations may continue while investigations of blood clots continue.

As of Wednesday, March 10, about 5 million people in Europe have received the Oxford-AstraZeneca vaccine. Of this number, 30 cases of so-called "thromboembolic events" were registered. These cases refer to the formation of blood clots in the blood vessels and blockage of blood flow.

AstraZeneca said the vaccine has been thoroughly studied in Phase 3 trials, and peer review evidence confirms that the vaccine is "generally well tolerated."

Why countries are suspending vaccination campaigns

The Thai Ministry of Health announced on March 12 that it has temporarily postponed the use of the Oxford-AstraZeneca vaccine, although it called the vaccine a "good vaccine", but still wants to suspend vaccination for safety reasons.

Kiattiphum Wongjit, head of the Ministry of Health, said the country has suspended the vaccination campaign because it has largely taken control of the second wave of COVID-19 cases through quarantine and border controls.

The country of almost 70 million people has reported about 26 cases and 600 deaths, according to data compiled by Johns Hopkins University.

Thailand's decision to suspend the planned introduction of the Oxford-AstraZeneca vaccine, which was to begin on March 12, follows a similar decision by the Danish Health Authority.

“It is important to emphasize that we have not abandoned the AstraZeneca vaccine, but we are postponing the campaign,” said Soren Brostrom, director of the Danish National Health Council. - There is strong evidence that the vaccine is safe and effective. But both we and the Danish Medicines Agency must respond to reports of possible serious side effects from both Denmark and other European countries. ”

Many countries with high rates of disease have chosen to continue introducing the Oxford-AstraZeneca vaccine due to safety concerns.

The UK, France, Australia, Canada and Mexico are among the countries that have tried to convince citizens of the benefits of vaccination and have said they will continue their vaccination campaigns.

The EMA Safety Committee is reviewing the matter, but said there was currently no evidence that vaccination caused blood clots and stressed that they were not listed as side effects of this vaccine.

The European Medicines Regulatory Authority noted, among other things, that the data currently available show that the number of blood clots in vaccinated people is no higher than in the general population.

"The reports of blood clots received so far do not exceed the number that would occur naturally in a vaccinated population," said Dr. Phil Bryan, lead vaccine safety specialist.

“The safety of the population will always come first. We are closely monitoring this issue, but the available evidence does not support the vaccine as the cause. People should still go and get the COVID-19 vaccine when asked, ”Brian said.

On the subject: How vaccines changed the world: the history of vaccinations from the XNUMXth century to the present day

Stephen Evans, professor of pharmacoepidemiology at the London School of Hygiene and Tropical Medicine, said: "The problem with spontaneous reporting of suspected vaccine adverse reactions is that it is extremely difficult to distinguish causal from coincidence."

“This is especially true when we know that the disease COVID-19 is very closely related to blood clotting, and there have been hundreds, if not many thousands of deaths caused by blood clotting as a result of the disease. The first thing to do is to be absolutely sure that the blood clots have no other cause, including COVID-19, ”added Evans.

How the vaccine works

The Oxford-AstraZeneca vaccine is designed to prevent coronavirus in people aged 18 and over. It consists of an adenovirus that has been modified to contain a gene to make a protein from SARS-CoV-2, the virus that causes COVID-19.

The most common side effects of the vaccine are usually mild to moderate and resolve within a few days after vaccination.

In advanced clinical trials, the AstraZeneca-Oxford injection showed an average efficacy of 70% against the virus.

A more recent study by Oxford researchers found that the vaccine was 76% effective in preventing symptomatic infection within three months after a single dose, and that the level of effectiveness actually increased with a longer interval between the first and second doses.