Home Educational program Clothing that kills: flight attendants in the US massively complain about health because of uniforms

Skin lesions. Fatigue. Migraine. Hair loss. According to stewardesses, these are just some of the symptoms caused by the new Delta flight attendants uniform. 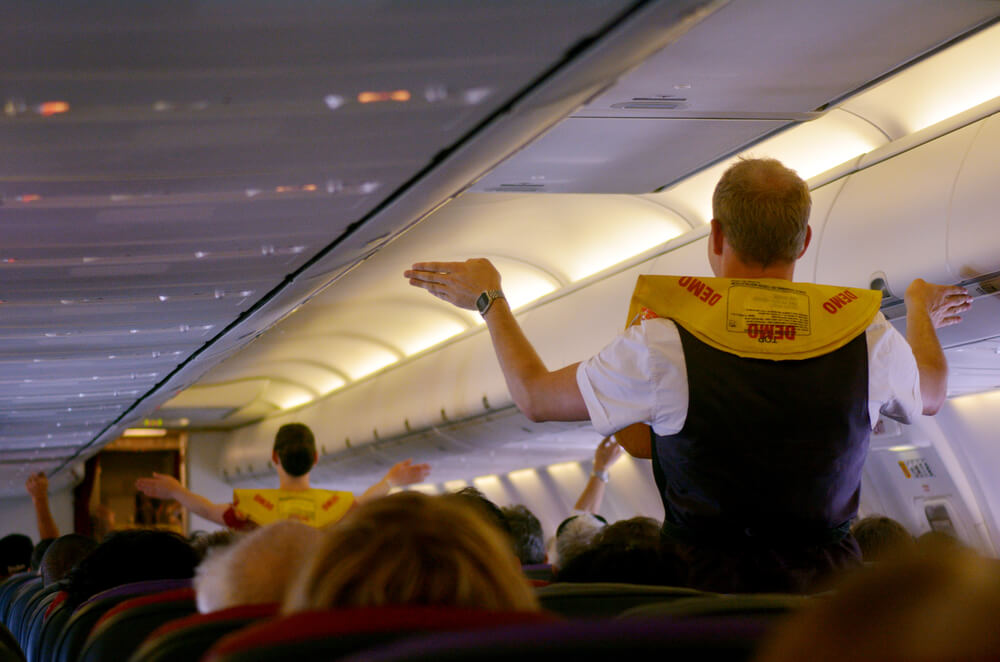 According to the injured workers, the new uniform is not only distinguished by purple tops and gray trousers, but also by toxic and chemical substances that cause a number of health problems for the airline’s flight attendants, writes Business Insider.

Health complaints made Delta the last airline in which employees suffer from a number of symptoms related to their uniforms.

Flight attendants from both airlines said they faced pressure from their employers when they informed them of the problems. In some cases, sick leave requests and requests to wear a different uniform were rejected, and some employees said they were threatened with job loss.

Since then, both airlines have taken steps to solve this problem.

Delta, which has the largest group of non-standardized flight attendants in the United States, ambiguously handles repetitive complaints, some say, and are unfair. Concern over uniforms and resolving airline health issues helped organize a campaign for Delta employees working with the Flight Attendants Association (AFA), which represents cabin attendants in 20 airlines.

AFA said it will assemble and test homogeneous parts to try to definitively respond to what causes health problems.

But even though this issue is central to the labor relations campaign, flight attendants are faced with 18 months of mysterious illnesses.

On the subject: Flight secrets that only flight attendants know

Symptoms are so severe that some stewardesses cannot work.

Delta switched to its latest form, designed by Zac Posen with Lands' End, in 2018.

“It all started with small spots,” said one of the flight attendants, who had serious skin problems allegedly caused by exposure to chemicals in a new form.

“I just didn't know what it was. The last thing that can be suspected is the clothes, ”he added.

According to the flight attendant, whom Business Insider spoke to in confidentiality, the skin rash continued to worsen, and she noticed that after working days she became even worse. Several times this stewardess sought emergency care during medical examinations in different cities, wondering if it was an allergy or, possibly, bed bugs at the hotel.

In the end, she made an appointment with a dermatologist in Atlanta, where she is. He immediately said that the hives look like they are caused by exposure to toxins. The doctor had already encountered this when examining and treating the flight attendants of two other airlines. Suspicions fell on the uniform.

Another stewardess said that she immediately suspected the form.

“I understood what was happening pretty quickly,” she remarked.

On the subject: How flying on a plane breaks your brain

Instead of a rash, she developed migraines, which she said she had not experienced before, and flu-like symptoms, including extreme fatigue.

“Everything got worse to such an extent that I had to take sick leave. I was very scared, ”she said.

At first, the woman suspected that the main culprit was an unnaturally hard apron - the subject of many early complaints.

When she told the manager about her concerns, the manager said that the airline was working to “make the apron more comfortable,” while shrugging off health problems.

She stopped wearing the apron, but her health problems did not disappear.

Another employee reported that she began to notice symptoms about a month after putting on her new uniform.

“I started having breathing problems, a runny nose and a very dry cough,” she said.

The stewardess complained and received a uniform from another fabric, but the symptoms worsened. “By the end of the trip with this uniform, I had a rash, I got a fever and a kidney infection,” the woman recalls.

Several stewardesses heard that some nursing mothers noticed a purple tint in their breast milk, although Business Insider was not able to talk to whoever faced it.

The fact that there was no unified approach or communication from the airline or the union led to unbridled rumors among the flight attendant community spreading through groups on social networks and in galleys during flights, despite the airline's reputation for often promoting openness and transparency.

The stewardess, who was confronted with a rash, said that everyone she spoke to, from her supervisor to senior management, was dismissive.

She was sent to doctors serving the airline and was also forced to undergo a “patch test”, a contact allergy test, where patches containing small amounts of chemicals are placed on the patient’s back to see what causes the reaction. In addition, she was prescribed various creams and antibiotics, for which she had to pay.

In the end, the airline offered a dress of a different type of fabric. The rash decreased, but did not disappear.

In November, the airline began allowing service personnel to wear heterogeneous business clothing purchased on their own. All after in November in the media increased attention to the uniform of the airline.

Why is this happening

Judith Anderson is an industrial hygienist. For 20 years, she worked at the Cabin Crew Association.

Throughout her career, her main concern has been to identify and prevent exposure to chemicals in aircraft cockpits, especially in things such as cleaning solutions or fumes caused by aircraft fuel.

But, nevertheless, since 2011, she has been mainly engaged in the study of chemicals in uniform.

On the subject: Dress code for passengers on US airlines

Over the past decade, airlines have been releasing a new form of clothing, and they have increasingly worked with designers and manufacturers to create clothing that can be worn well and can withstand workplace requirements for staff.

Often this requires treatment with various dyes and chemicals. According to Anderson, the products come from factories from abroad with low quality control standards, and this leads to inconsistent use of chemicals that, unlike dyes, are usually invisible.

“The chemicals we identified in the clothing of the flight attendants are heavy metals such as nickel and chromium, as well as irritating and allergenic dyes,” she said.

The fact that health problems do not occur sequentially also makes it difficult to accurately identify the cause and urge airlines to act.

Laboratory analysis commissioned by the airline did not detect “any chemicals”.

The union asked Delta flight attendants to send in new, unused, packaged clothes for testing. Anderson said that as soon as she receives it, she will be sent to a special laboratory to begin testing.

Then they will begin to look for other chemicals, including those found in the uniforms of other airlines, and those associated with health problems.

“It’s very difficult to try to deconstruct all the tissues, collect data on the symptoms that people record, and then figure out what you should look for because thousands of chemicals are added to the clothes,” she explained.

Meanwhile, Delta is offering stewardesses a reimbursable allowance for the purchase of another uniform. It is unclear whether the airline will incur additional healthcare costs for affected employees.

In a statement, Delta said it was working to offer alternative, unified options.

Glassdoor rating: 10 of the best American companies to work in 2020 year

Flight Secrets: the crew named items that should not be touched

15 flight secrets that come in handy when traveling