At midnight from June 30 to July 1, the leadership of the Israeli government officially passed from Naftali Bennett (New Rights Party) to Yair Lapid (Yesh Atid Party). Lapid will lead the Israeli cabinet until a new government is announced. What is known about the new prime minister and when will the next elections be held in Israel? with the BBC. 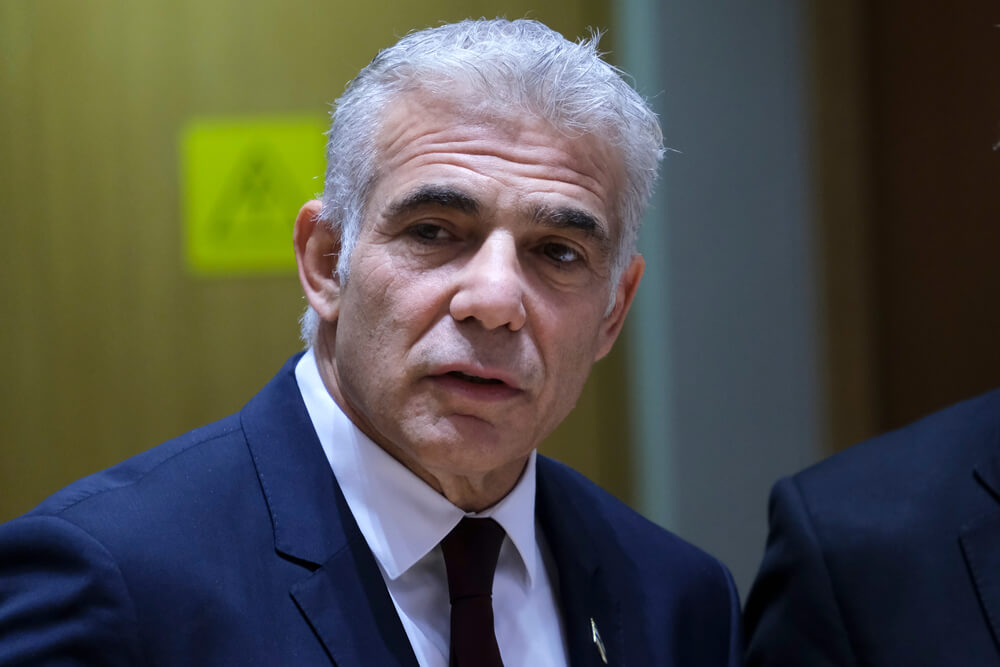 The next snap parliamentary elections in Israel will be held on November 1. This will be the fifth election in the last three years.

In the 10 years since his transition from political TV chat show host to politician, Yair Lapid has dreamed of becoming Israel's prime minister.

Now, as he prepares to take over as prime minister, Lapid is determined to prove that he deserves the top job in the long run.

Netanyahu lost this post in 2021, losing to an alliance of eight ideologically different political parties created with the participation of Lapid.

After a vote to dissolve parliament, Lapid, who served as foreign minister, takes office thanks to a power-sharing agreement with right-wing religious nationalist Naftali Bennett, who has been prime minister for the past year.

Lapid will serve as acting prime minister for at least an interim period until new elections are held in October or November and a new government is formed, and possibly beyond if a coalition fails.

“Even if we go to the polls in a few months, the problems we face won't wait,” Lapid said as he announced the end of the coalition government he formed with Bennett.

On the subject: A man built an exact copy of Noah's Ark and wants to take it to Israel

Civil strife in the coalition led to the loss of the parliamentary majority.

Lapid noted, among other things, the pressing problems of Israel that he sees: the high cost of living and security threats in the Gaza Strip from Lebanon and Iran.

The path to big politics

Yair Lapid was born in Tel Aviv in 1963. His mother was a writer, and his father, a Holocaust survivor, was a journalist who later entered politics and became known as an outspoken supporter of secularism.

While serving in the army, Lapid worked as a reporter for a military magazine. He did not go to university, but wrote newspaper columns, books and screenplays, composed songs and acted in films before moving on to television, aided by his good looks.

As a TV news anchor, he constantly challenged various politicians during interviews. Although there were blunders: during an interview with Benjamin Netanyahu, who headed the Treasury at the time, Lapid said: “I don’t know anything about the economy.” Now this statement will not be to his advantage if his political rivals remember him.

Lapid's direct political career began against the backdrop of socio-economic protests in 2011. He created his own party, Yesh Atid (There is a future), and promised to solve the pressing daily problems of the middle class.

In the 2013 elections, this party showed high results (14% of voters voted for it). The party's campaign has focused on high housing costs, education reforms and the abolition of military exemptions for the ultra-Orthodox Jewish community, which many secular Israelis oppose.

As a result, Yesh Atid joined the coalition led by the Likud party of Benjamin Netanyahu. Yair Lapid was finance minister until the end of 2014, when tensions between partners led to his dismissal.

And already in the next elections, Lapid established himself as the leader of the opposition. In 2018, when police recommended that Netanyahu be charged with corruption, Lapid was listed as a key witness in one of the cases.

Last year Lapid served as Minister of Foreign Affairs in the coalition government. In this capacity, he had to respond to the words of Russian Foreign Minister Sergei Lavrov about Hitler's alleged Jewish origin.

“The statements of Russian Foreign Minister Lavrov are not only unforgivable and outrageous – they are a terrible historical mistake… Accusing Jews themselves of anti-Semitism is a blatant level of racism against Jews,” Lapid said at the time.

In March of this year, he stressed that Israel unequivocally condemns the Russian invasion of Ukraine: “There is no justification for this. We call on Russia to cease fire and attacks. We need to solve all the problems at the negotiating table.”

Lapid was the first Israeli politician to directly accuse Russia of war crimes in Ukraine.

Speaking at a press conference in Athens on April 5, he said: “The pictures and testimonies coming out of Ukraine are terrible. Russian troops have committed crimes against defenseless civilians. I strongly condemn these war crimes."

Although on the eve of the invasion, when possible sanctions against Russia were actively discussed if the war did start, Lapid stressed that Israel would make decisions on participation in them based on its own interests.

These interests include both cooperation with Washington and the participation of the IDF in operations in Syria, to which Moscow has usually turned a blind eye.

As prime minister, Yair Lapid will host US President Joe Biden during his visit to Israel in July and address the UN General Assembly in September.

Lapid and the conflict with the Palestinians

On Israel's protracted conflict with the Palestinians, he is expected to take a more moderate stance than his recent predecessors. Lapid supports the concept of two states, but is uncompromising on some key issues.

On the subject: Bomb-shelter rooms and emergency suitcases always ready: how Israel has been living in a state of constant war for decades

For example, he made it clear that Jerusalem was not to be partitioned and should remain the capital of Israel. According to him, the claims of the Palestinians to the eastern part of the city as the capital of their future state are "absolutely fictitious" and have "no historical roots."

Yair Lapid's mission is to prove that he can protect Israel and promote internal unity. He will also need to get rid of the notion that he represents only a narrow, privileged Tel Aviv elite.

Ability to work with different partners

Although he remains deeply disliked by ultra-Orthodox parties, Lapid has proven that he can work with a variety of partners to achieve his goals.

Lapid teamed up with former military leader and current defense secretary Benny Gantz in the 2019 elections before forging a broad coalition last year that eventually ousted Netanyahu as prime minister.

The government, which for the first time included an Arab Islamist party, received international approval.

Lapid managed to manage two waves of COVID-19, pass Israel's first budget in more than three years, and improve relations with both Washington and Arab allies.

According to public opinion polls, Netanyahu's Likud party will win the largest number of seats in the next elections, but even together with its partners will not be able to win the necessary majority in parliament.

So as prime minister now, Yair Lapid will have to exercise his political prowess to ensure he holds the post after the election.