Home In the U.S. Month-long queues: it has become almost impossible to visit popular parks in the USA

Month-long queues: it has become almost impossible to visit popular parks in the USA

Venice faces these challenges. As is Amsterdam. And some of the most visited national parks in the United States are experiencing the same thing: CNN. 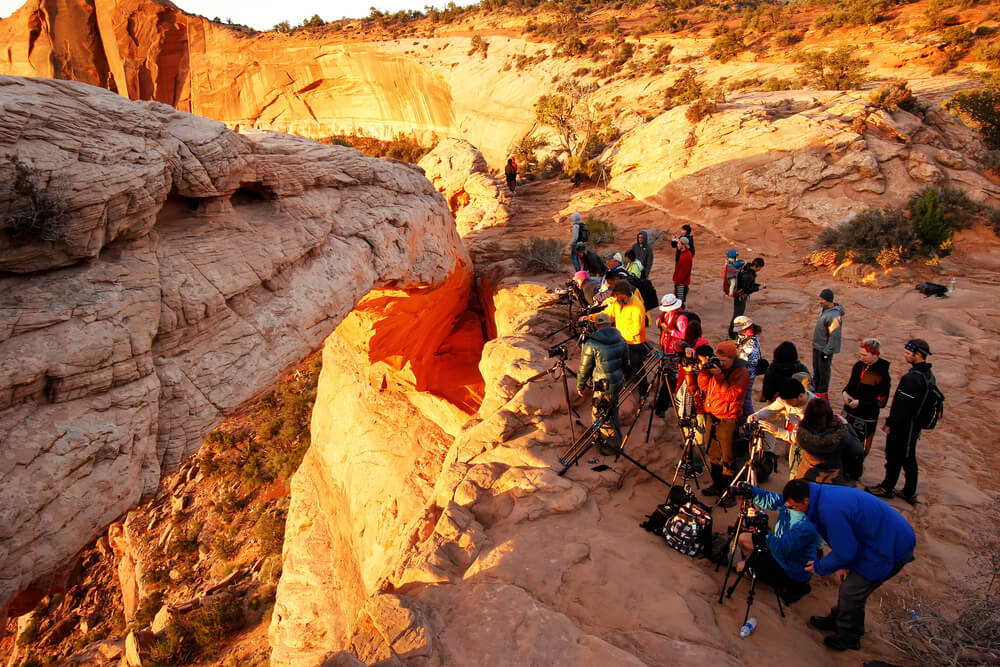 Too much popularity puts US national parks in a dilemma, especially those with short, sought-after peak seasons and one-of-a-kind attractions. After all, parks want people to come. Just not too much at once. Striking a balance can be difficult.

And like those canal-riddled European attendance favorites, the US National Park Service is turning to some of the same techniques to regulate visitor flow.

How does it affect you? If you want to visit the popular park this summer, it's time to start planning.

In 2022, there will be additional fees, pre-booking, special passes, lotteries and visitor limits to keep nature from being flooded with visitors.

Travelers to national parks: we want!

The Covid-19 pandemic has ignited the desire of people who have been cooped up in small spaces for weeks and months during lockdown to venture into restorative natural wildernesses across the country.

On the subject: Ten most beautiful US castles you might not know about

In 2021, they especially filled famous parks and related places:

You're starting to see what these park areas are facing.

As such, NPS is experimenting with different ways to meet the needs of the crowd while protecting the fragile environment at the same time. Here are some things you may encounter on your next visit:

Entrance to most national parks is free. Of the more than 400 parks, monuments, and related facilities in the system, only about 110 have an admission fee of $5 to $35. However, others may join the list of paid entries. Indiana Dunes National Park will introduce an admission fee for the first time this year, starting March 31st.
Fees will vary depending on which way you enter. Walk/bike/boat fare will be $15 per person (maximum $25 per family).

The new fee income will help pay for the bike lane and other improvements, the park said.

The days of just peeking into the most popular parks on the spur of the moment may be gone.

Park tickets are available on a first come, first serve basis. Recreation.gov. They are released three months in advance in monthly blocks according to the following schedule:

The scheme is maintained in July for visits until October 3rd. A limited number of tickets will be available the day before entry for purchase through Recreation.gov.

You may start facing higher fees or advance tickets (or both) for very popular amusement park rides once you're inside.

В Shenandoah National Park in Virginia, visitors wishing to see Old Rag Mountain must apply in advance for getting a day ticket. It's only $1, but this arrangement doesn't allow you to spontaneously visit Old Rag. The trial program will run from March 1 to November 30.

Some features are so popular that NPS tries lotteries and there is no guarantee that you will win.

At Zion National Park in Utah, visitors wishing to hike Angels Landing will have to enter an online lottery in hopes of obtaining a hike permit. In fact, there are two types of lotteries: seasonal and the day before. The lottery entry fee is $6 and is non-refundable even if you don't win a seat. This comes into effect on April 1st.

The North Pines Campground in California's Yosemite National Park is so popular during the peak summer season that they've tested a camper pilot program: a lottery where winners get the chance to make early bookings. Lottery ended February 6th. There was a non-refundable fee of $10 to enter the draw.

Permits are very popular in Yellowstone National Park for over 1600 km of trails and 293 designated campsites. In addition to online pre-booking, Yellowstone is also running a lottery from March 1st to 20th. Winners get the opportunity to book in advance. Entrance costs $10; again, if you don't win, no money is returned.

The last thing you need when traveling to nature is to be stuck in a city traffic. Limited entry points can often be pain points these days.

Southern California favorite desert Joshua Tree National Park began accepting public comments on the project for the construction of a toll west entrance stations about 800 m further than the park to replace the existing toll station.

The park hopes the new station will ease "excessive long travel outside the park" and also provide a safer working environment for park staff in the wilderness.

Large vans are a problem in some areas run by the NPS.

Gulf Islands National Seashoree introduced length and height restrictions for all vans in the campsite Fort Pickens in Florida and camping Davis Bayou in Mississippi. The rule came into effect on February 1.

"The current restrictions will be in place to ensure the safety and protection of the park and visitors' property," Gulf Islands superintendent Darrell Echols said in a press release. “In 2021, Gulf Islands National Seashore saw an increase in incidents that resulted in damage to park resources and visitor property. Compliance with these restrictions is expected to reduce the number of these incidents."

The general trend is that visitors have to plan their trips months and even more than a year in advance.

The application period ends February 22. The NPS says follow-up lotteries are "held as needed throughout the remainder of the year to redistribute canceled and/or remaining river trips."
В Yellowstone are already accepting bookings for several campsites six months in advance. At Indian Creek, Lewis Lake, Pebble Creek, Mammoth and Slough Creek campsites, 80% of campsites will be available six months in advance of travel. For those who don't like to plan that far, the remaining 20% ​​of seats will be available in two weeks.

Here is a quick overview of other parks and their efforts to deal with large tourist crowds for 2022:

Escape from the crowd

Don't like these fees and early planning associated with the most popular parks?

Consider visiting more modest or hard-to-reach parks. NPS encourages people to check out their other offerings. Some ideas:

Go to the state level

And the last option to consider: state parks.

There are some great parks dotted around the United States, and they can be less crowded while still offering unforgettable nature excursions. A few more ideas:

How much do representatives of different professions actually earn in the US: people honestly talked about their income