Main page World Almost 16 thousands of people die in terrorist attacks each year: where is the highest risk

Almost 16 thousands of people die in terrorist attacks each year: where is the highest risk

The Institute for Economics and peace has published its seventh report on key global trends in terrorism - the Global Terrorism Index. The report focuses on trends since the 2014 of the year when the activities of the Islamic State began to decline. Writes about it "Voice of America". 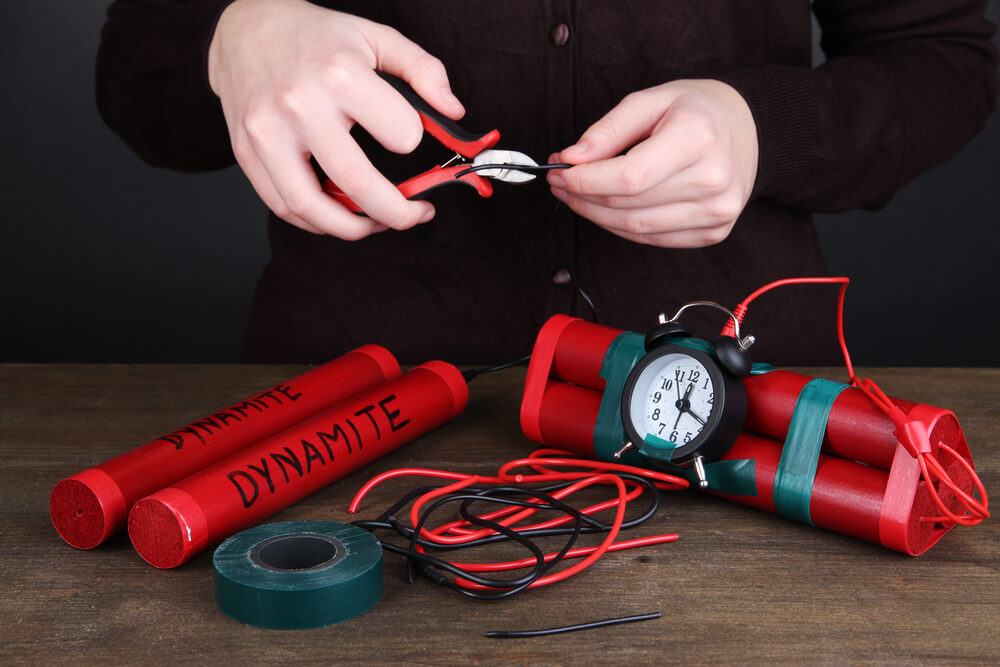 "The number of terrorist attacks in the world is decreasing, but their likelihood may increase as a result of the escape of the Islamic State prisoners from Syria and the growth of ultra-right movements," the authors of the new report write.

The region most frequently exposed to terrorist attacks in 2018 was South Asia, mainly due to rising levels of terrorism in Afghanistan and the situation in Iraq, although there has been some decrease.

The Taliban Islamist movement has become the most deadly terrorist group in the world, as a result of the terrorist activities of which in 2018 in Afghanistan 7 379 people were killed. The region of South Asia for the danger of terrorist attacks is followed by sub-Saharan Africa, and the region of the Middle East and North Africa.

On the subject: Trump announced the killing of son of Osama bin Laden during the counter-terrorist operation

However, in general, as reported in the report, the death rate from terrorism in the world is declining for the fourth consecutive year, reaching a peak in 2014 year. In particular, this is due to the defeat of such radical Islamist terrorist movements as the Islamic State in Iraq and Syria, and Boko Haram in Nigeria.

On the subject: My wife didn’t even know: the media talked about a Ukrainian intelligence officer who worked for years in occupied Donetsk

The authors of the report also warned that there was a danger of a new outbreak of terrorism as a result of the escape of IG prisoners from the camps where they were detained in Syria after the United States withdrew its troops and Turkey attacked the Kurds in the northern part of the country. This increases the risk of both a further aggravation of the conflict in the region and a rise in terrorism in Europe, where escaped prisoners can return.

Experts also warn of the growth of terrorist attacks by participants in radical extreme right-wing movements. “One of the most disturbing trends is the surge in extreme right-wing political terrorism over the past five years, although the absolute number of attacks by extreme right-wing groups remains low compared to other forms of terrorism,” the authors of the report write. - In North America, Western Europe and Oceania over the past five years, the number of attacks by far-right groups has increased by 320%. This tendency is also observed in the 2019 year - for example, the 77 deaths attributed to far-right terrorists refer to September of the 2019 year. ”

On the subject: Countries that the Department of State considers dangerous for Americans: Ukraine and Russia are on the list

“In the United States in 2018, not a single attack of a previously known terrorist group was recorded. Of the 57 acts, 28 were committed by extreme right-wing extremists, 27 by unknown and two by extremists inspired by jihad, ”the report said.

Of the 138 countries mentioned in the report, Afghanistan, Iraq, Nigeria, Syria, Pakistan, Somalia, India and Yemen have the sad leadership in the list of the most vulnerable to terrorist attacks. The USA is at the 22 place, Ukraine is at the 24, Russia is at the 37 place.

“Most of the terrorist attacks in Russia are related to the region that includes Chechnya,” the authors of the report write. They also note that Russia occupies one of the leading places in the world in terms of the number of women involved in terrorist attacks.

“Chechen fighters were responsible for the 9 attacks between the 2000 and 2009 years, which killed almost 190 people. Black Widows, a group of female suicide bombers, among whom there are men whose male relatives were killed by Russian troops in Chechnya, participated in all terrorist acts of Chechen rebels involving female suicide bombers, ”the report said.

My wife didn’t even know: the media talked about a Ukrainian intelligence officer who worked for years in occupied Donetsk

Countries that the Department of State considers dangerous for Americans: Ukraine and Russia are on the list

Trump said that the United States eliminated the leader of ISIS: they do not believe in Russia