Home Educational program Obama vs Trump vs Biden: comparing the inaugurations of US presidents

The 20th inauguration ceremony of the President of the United States was held in Washington, DC on January 59. How Joe Biden's ceremony differed from previous ones, the publication said with the BBC. 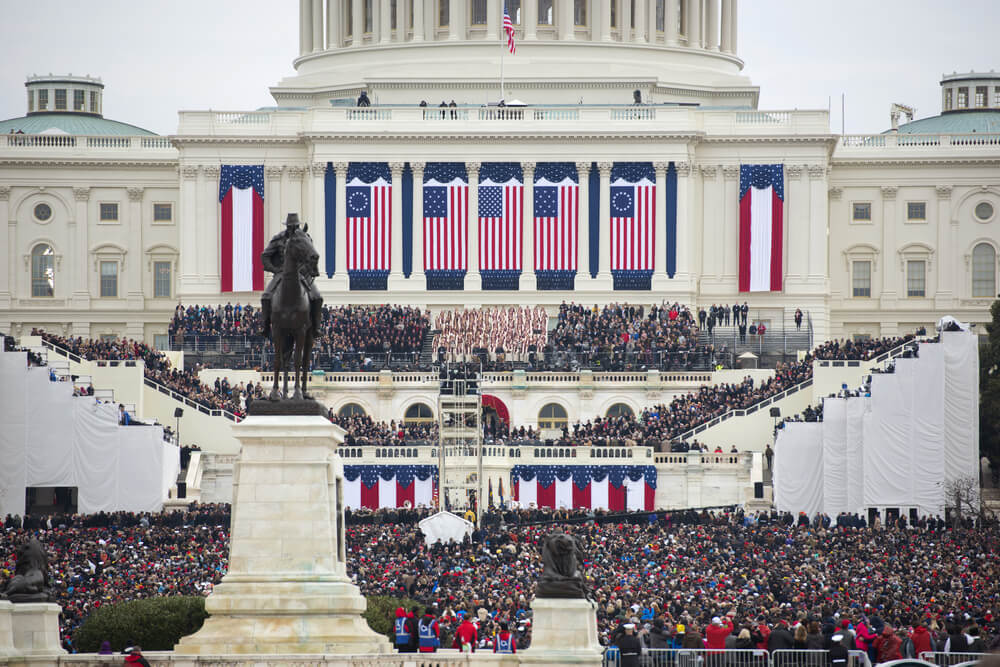 First, due to the COVID-19 pandemic, Joe Biden took office without spectators. Only about a thousand people attended the ceremony, mostly congressmen.

Usually about 200 thousand tickets are handed out for the ceremony. This year, restrictions were introduced related to the pandemic and the threat of unrest, which could be provoked by supporters of Donald Trump.

Donald Trump himself refused to participate in the Biden's inauguration ceremony. For this reason, the traditional meeting of the presidents and their families on the porch of the White House did not take place.

Trump and his wife left the White House before the arrival of the Biden couple.

The National Mall and streets around the Capitol were closed to the public. The seats of the spectators were occupied by US flags.

The inauguration of Barack Obama was attended by a record number of spectators. At that time, it is estimated that about 2 million people came to watch Obama's inauguration ceremony.

Trump claimed there were no fewer people at his inauguration, but it is estimated that approximately 900 spectators attended the Trump ceremony.

Biden's inauguration is called one of the most guarded. The National Guard sent 25 troops to Washington, while the Trump ceremony was guarded by about 8.

Biden's suit was different too. 41 out of 45 presidents wore Brooks Brothers suits that day. But the company went bankrupt last year. Biden was wearing a Ralph Lauren suit.

The traditional Pennsylvania Avenue parade was also without spectators. The traditional ball and the solemn parade did not take place either. Instead, the major TV channels broadcast the XNUMX-hour show Honoring America.

The broadcast was hosted by Hollywood actor Tom Hanks. Among the guest stars we saw Justin Timberlake and John Bon Jovi.

At one time, Obama's inauguration was attended by Katy Perry, John Mayer, Beyoncé and Jay-Z, Eva Longoria and others.

Trump cannot boast of first-tier stars at his inauguration. Then they did not support him and refused to attend the ceremony.

An interesting fact. George W. Bush was presented with a bust of Winston Churchill in the UK in 2001. He put it in the Oval Office. Barack Obama hid the bust and put on Martin Luther King.