Home In the U.S. Obama burst into tears, saying goodbye to the team, and said that he would have won the election-2016

Obama burst into tears, saying goodbye to the team, and said that he would have won the election-2016 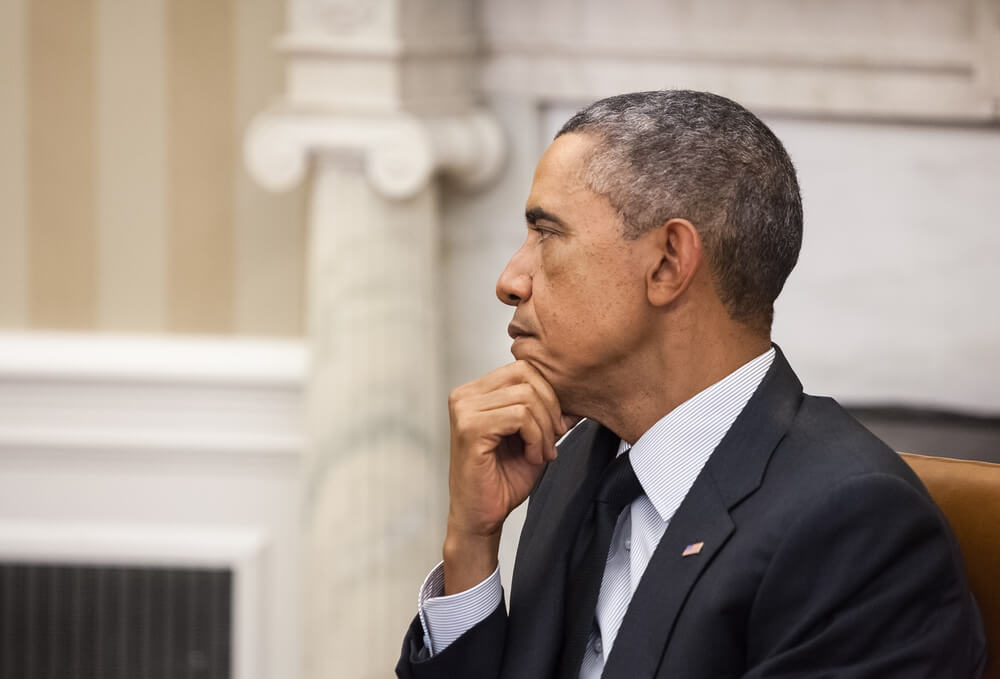 44-th US President Barack Obama believes that he would have won the 2016 election of the year if he had the right to run.

He stated this in a long interview with David Axelrod, published CNN.

“I’m sure that if I could run again, I could mobilize most Americans. Communicating with people from all over the country, even with those who disagree with me, I know that they would support the direction in which we are moving, ”Obama said.

Obama explained that during the election campaign, Democrats ignored entire sections of the population, which led to the victory of Donald Trump.

“Many people believe that the election results and Trump's victory are fantastic,” Obama said.

According to the US Constitution, an 1 person has the right to hold the presidency for no more than 2 terms in a row.

The president also admitted that during a farewell dinner with his administration staff, he burst into tears - according to him, he had the feeling that "the group is falling apart."

“There are 2 things that can make me cry.” This is when I talk about my daughters or see them. The second is my team. So, in 2012, I entered the campaign office and saw these kids who worked so diligently ... They inspired me. Over the years we have become one big family, ”Obama said.

The head of the White House also joked that he wished that none of his team had named the child Barak.

“Some of my team grew up before my eyes, built families, gave birth to children, their children crawled around the Oval Office ... But so far nobody has called the child Barak, I’m a little upset about it,” Obama said.

Despite the sadness of parting with the team, he is waiting for the completion of the presidential term to take Michelle Obama on "a wonderful vacation she deserves."

The president promised that he would spend some time after leaving the White House in a relaxed atmosphere, “to cool off,” and then he would work on a book.

Axelrod concluded the interview with the phrase “I love you!” Addressed to Obama.

Obama told what to retire

Americans call on Michelle Obama to run for president in 2020