Home Page Our people What our immigrants in the USA are silent about: personal experience

Author of the channel "Alphabet of an immigrant" on Yandex.Zen shared her experiences and impressions of the unpleasant side of life for people who immigrated to the United States. Further - from the first person. 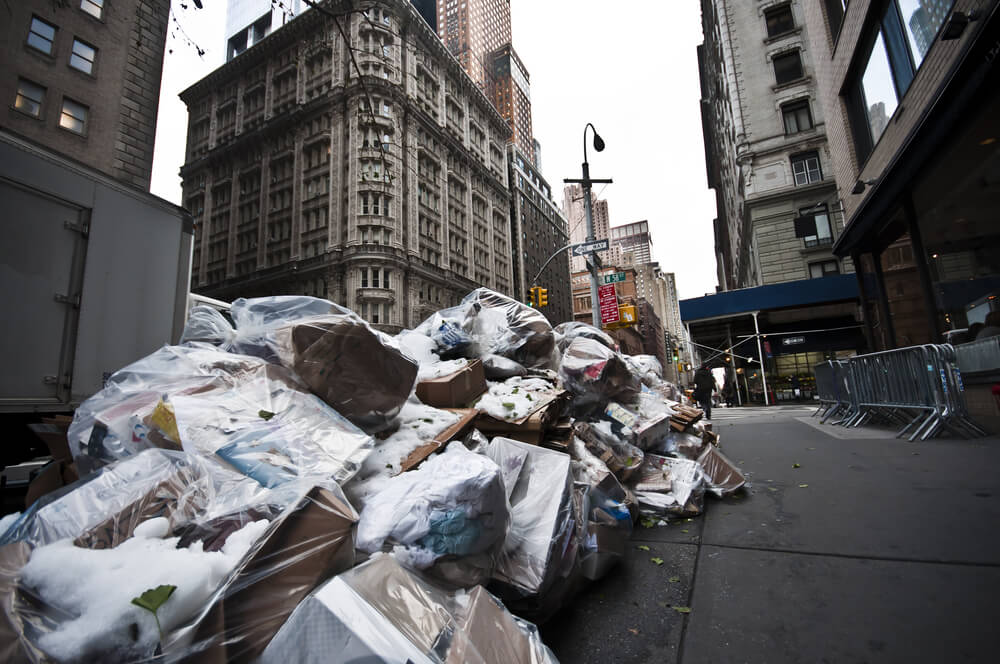 About six months before moving to the United States, I began to read, watch, study a lot. Everything was interesting: where they live, who they work for, how much local residents earn. And for the most part, I have met with perfect pictures of a flawless life. Of course I didn't. After all, there are those who say that living in America is terrible - even worse than anywhere else. I don’t believe them either. Why then do people live here? Therefore, I share my observations.

And I want to start with our imagination. When we watch American films and see someone going to a coffee shop for a morning latte, we often imagine that this coffee shop is in a skyscraper on the first floor, because they are constantly shown to us. But in fact, America is a one-story country, and there are fewer skyscrapers than we think.

And this perfect picture of skyscrapers, houses with lawns and other attributes of the "big American dream" constantly appears in our imaginations - that's why we expect something more from life here.

My husband and I spent our first week in the USA in a hotel in Manhattan, in the very center. When they booked it, they still had no idea what it was. New York has a very old building. And Manhattan is an example of this. Houses of the beginning of the last century cannot even be called old. The metro in New York is older than the Moscow metro, dirtier and with a sharper “amber” (homeless people, drug addicts, etc.). We arrived in July. I will never forget this stench! The smell of sewers and trash cans mixed with the smell of grass is a hell of a mix. And these are not some gateways, but 6th Avenue. I remember the first time we went to Central Park (how I dreamed of being there!), But the dirt and street "fragrances" around ruined everything. You can't see it or feel it on TV.

And this is literally. I already wrote that the buildings in New York are old. The houses are mostly wooden, so they have enough such living creatures. My first job was in such a building. I will never forget how the bugs crawled over my legs. Brrr ... Still disgusting. Therefore, the search for a relatively new home takes a long time.

Without a credit rating, you are not human

In Russia, we are accustomed to the fact that credit is bad, it's bondage, it's interest. And many try not to take these loans unless absolutely necessary. In the USA, it is a different matter. Here, a credit rating is one of the indicators of a person's financial literacy, a tool for determining the level of this financial literacy. Why do you need a credit rating? When renting an apartment, buying a house, registering a car on lease, obtaining a loan, even when connecting to the Internet - it is needed everywhere. And if it is not there, then the car will have to be bought at full price, the telephone connection will be taken with a prepayment (which is more expensive), it will become very difficult to rent an apartment, sometimes even impossible.

On the subject: Why Russians are leaving the USA: the immigrant named the main reason

One of the popular questions among immigrants is: how long have you been in the United States. And if you sincerely answer that a month / two / half a year, then, as a rule (well, which is not always), people begin to be treated as a lower being. It's unpleasant.

Not all immigrants start working immediately in their profession. Many, many begin with a construction site, a dishwasher, cleaning, working as nurses and nannies.

I spoke with many immigrants. Most often, people say that euphoria goes away a few months after moving, and then depression sets in (homesickness, friends, problems, a sense of hopelessness) - and this can last for 3-4 years. Usually they say that after 4 years it passes. Hopefully I will have less.

You need to work

And one more observation of mine. I wish I could be wrong, but I see it all the time. Many immigrants find it difficult because they think they don't need to work here. Some have only one desire: to sit on the neck of a husband / wife / state. America demands that people work. And even in low-paying jobs, you can earn enough to belong to the middle class. The main thing is to work!

I have been learning English all my life: at school, at the university, I even took courses. But, having arrived in New York, I could not put two words together. She blamed herself. Then, when many familiar philologists appeared in my environment, who, like me, could not speak normally, I realized that the problem was in the system. At school, we were taught grammar and vocabulary that is not used in everyday spoken language. This is the same as speaking in high-flown literary phrases in everyday life.

Original column published on the blog. "Alphabet of an immigrant" on Yandex.Zen