Home Educational program A must see at least once in your life: the most amazing canyons in the world, which will take your breath away

There are many attractions in the world that are definitely worth a visit. Edition Dailymail decided to make a selection of incredible canyons around the world that travelers should see. 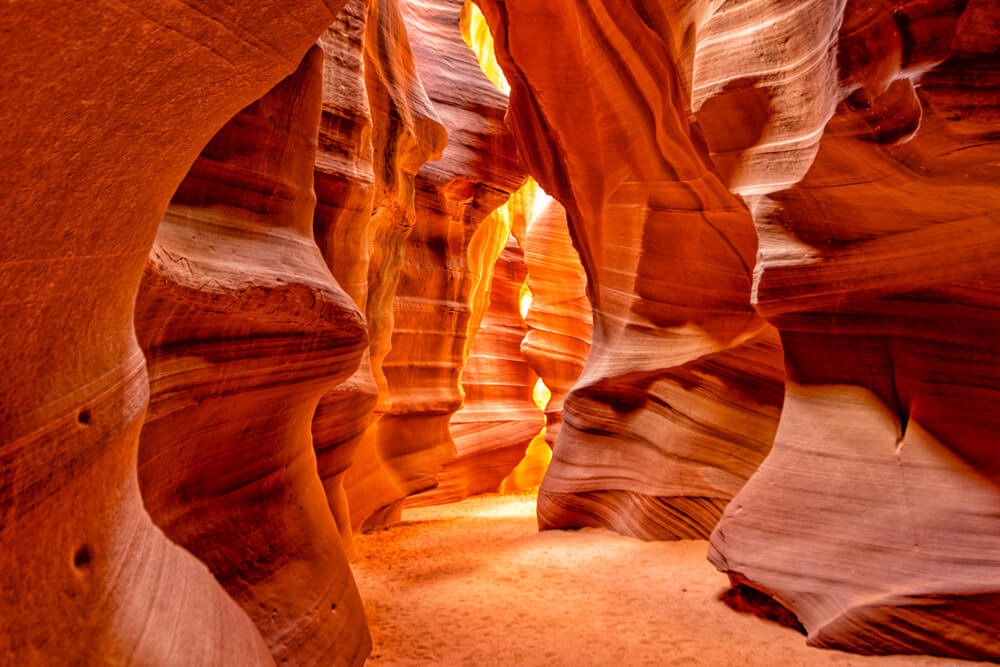 Some of the canyons are accessible enough to walk - others are so wild that you will need months of planning and an expedition team.

Canyons can be green. Blyde River, in Mpumalanga, in eastern South Africa, is the largest green canyon in the world. It is 26 km (16 miles) long and 800 meters (2625 feet) deep in places. The canyon is known for its mesmerizing rock formations, beautiful waterfalls and ancient "echo caves" that go into the ground for 24 miles (40 km).

This canyon meanders through the Cappadocia region of Turkey for a distance of 15 km (9,3 miles) with the Melendiz stream flowing through its heart and circling it 26 times. Just a great place for a photo. But that is not all. More than 100 churches and 4000 cave dwellings have been carved out of the volcanic rock of the canyon, dating back to around the XNUMXth century AD.

Located in Somerset, this is the largest gorge in the UK, with cliffs rising an impressive 450 feet (137 m) above the road.

It is also called the Grand Canyon of Europe. It is located in the heart of Provence in the southeast of France and is 25 km (15,5 miles) long. It has limestone cliffs that rise to a height of 2 feet (296 m). This is the largest canyon in Europe. There are plenty of opportunities for visitors to kayak through the dazzling turquoise waters, swim in them, hike the countless trails and go bird watching. The gorge is home to a variety of birds of prey, including newly introduced vultures.

On the subject: Twelve little-known 'twins' of iconic world landmarks

The most famous of all, of course, is Arizona's huge Grand Canyon, which boasts stunning dimensions: 446 km (277 miles) long, up to 29 km (18 miles) wide, and over a mile deep in places. In addition, this is a really old "building" with stones that are almost 1,8 billion years old.

Fish River Canyon in Namibia is one of the most extensive canyons in Africa. It is 2300 feet (700 m) deep in places, 17 miles (27 km) wide, and extends about 100 miles (160 km) from Seeheim to the Ice Hot Springs. Lonely Planet recommends a five-day hike that covers half of its length. 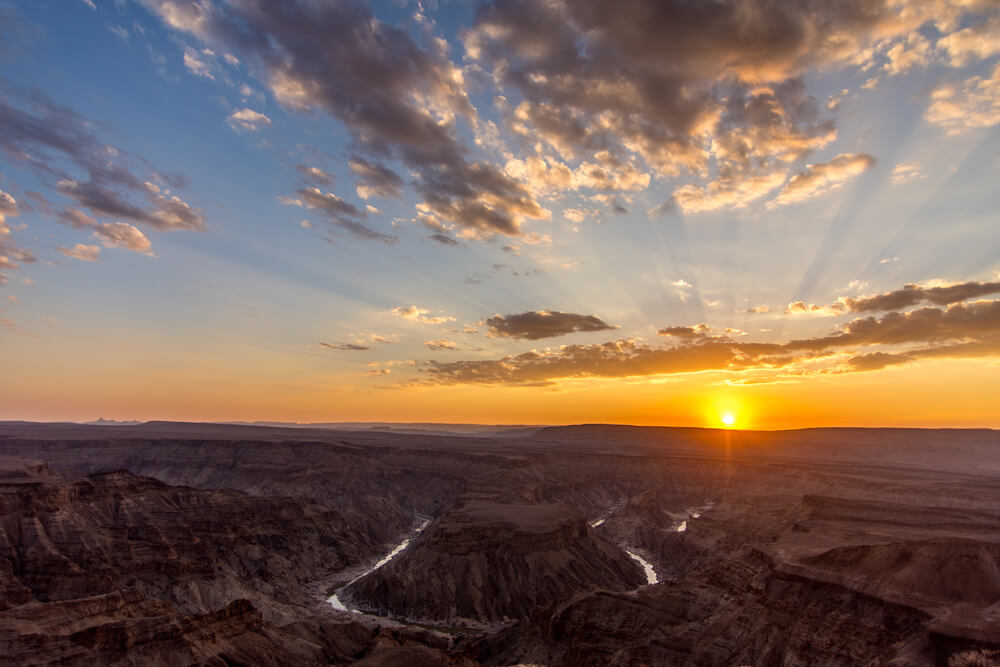 Fjadrargljufur Canyon in southern Iceland is short and beautiful - only 2 km (1,2 miles) long and about 328 feet (100 m) deep, but it's definitely a geological joy to the eye. Justin Bieber fans will recognize him as the backdrop for the video for his 2015 hit I'll Show You.

One of the most magical canyons in the world is the cathedral-like 36,6-meter (120-foot) Antelope Canyon in Arizona. When rays of sunlight pass through the hole at the top, the most mesmerizing scene is obtained. The canyon opened to visitors in 1997, when the Navajo tribe declared it their park.

The volcanic Hawaiian island of Kauai is one of Hollywood's favorite tropical destinations and has been the backdrop to Jurassic Park, Pirates of the Caribbean, On Stranger Tides, King Kong and many more, and Waimea Canyon is one from blockbuster attractions. There is a Waipu Falls that drops 244 meters (800 feet) down one of the lava rocks. It has a distinctive red soil color, is 22,5 km (14 mi) long, 1,6 km (nearly a mile) wide and up to 1097 meters (3600 ft) high.

This canyon in Peru reaches a depth of 3501 meters (11 feet), twice the depth of the Grand Canyon. In normal times, it is one of Peru's most visited attractions, and travelers admire not only its vast expanses, but also the farmland on its slopes and exotic wildlife, including llamas, cougars, and the world's largest bird, the Andean condor. 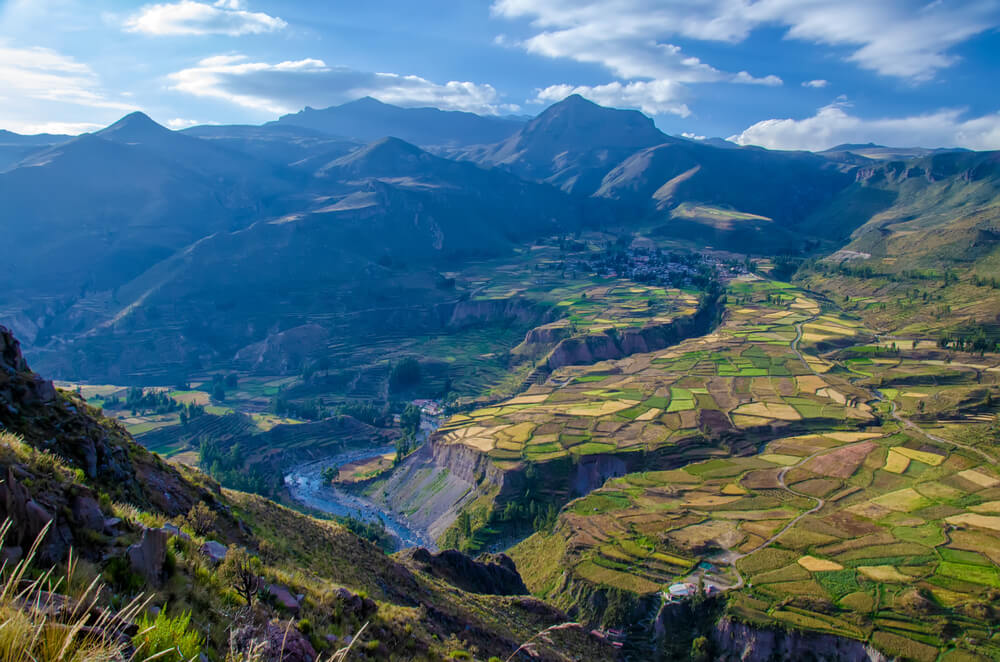 The Copper Canyon of Mexico, so named for its copper-green walls, is actually made up of six separate canyons formed by six rivers. One of the best ways to admire the sensational scenery is by taking the El Chepe Copper Canyon Train.

If you like it when there is a lot of extreme sports in the canyons, then the almost bottomless gorge of Yarlung Tsangpo in Tibet is the perfect place for you. Its maximum depth is 5300 m (170 ft), making it one of the deepest land canyons on the planet (three times deeper than the Grand Canyon). The gorge is one of the longest canyons in the world. It passes between two stunningly high peaks: Namcha Barwa at 00 meters (7 feet) and Gyala Peri at 782 meters (25 feet). Moreover, this is one of the least explored areas of the Earth, where the cruel river Yarlung Tsangpo flows.

This is an abyss in Australia's Bungle Bungle, where the walls are only two shoulders apart in places, but rise to a height of 200 meters (2656 feet).

The 15 km (9,3 mi) Ordesa Glacier Canyon is located in a remote area of ​​the Spanish Pyrenees and is amazing for hiking. It is a paradise for unusual animals, including the brown bear, capercaillie (huge capercaillie), bearded vulture and golden eagle. It was declared a UNESCO World Heritage Site in 1997.

Wadi Nahr is known as the Grand Canyon of Oman. It offers exciting hiking opportunities. A Tripadvisor reviewer wrote: "It is breathtaking to walk between the vertical canyon walls and contemplate nature in its original form." 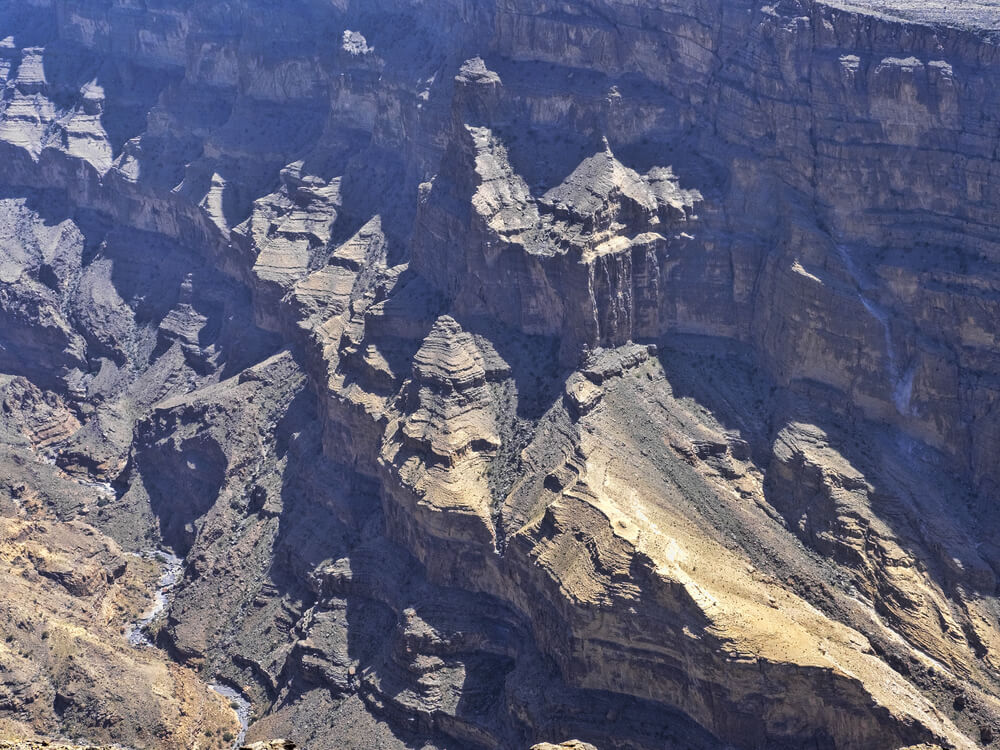 The 19 km (11,8 mi) long gorge on Taiwan's east coast is known for its striking marble walls and the blue Liwu River that flows through it.

It is a stunningly impressive 15 km (9,3 mi) long gorge in southwestern China. It has an incredible depth of up to 3790 meters (12 feet), a turbulent Jinsha River and beautiful waterfalls.

This stunning national monument has been home to the Navajo Nation for nearly 5000 years. The canyon offers a unique glimpse into the history of these tribes. The Navajo people continue to live, work, and raise their families in the rugged canyons surrounding the monument. Navajo guides conduct hiking and horseback riding through the canyon. 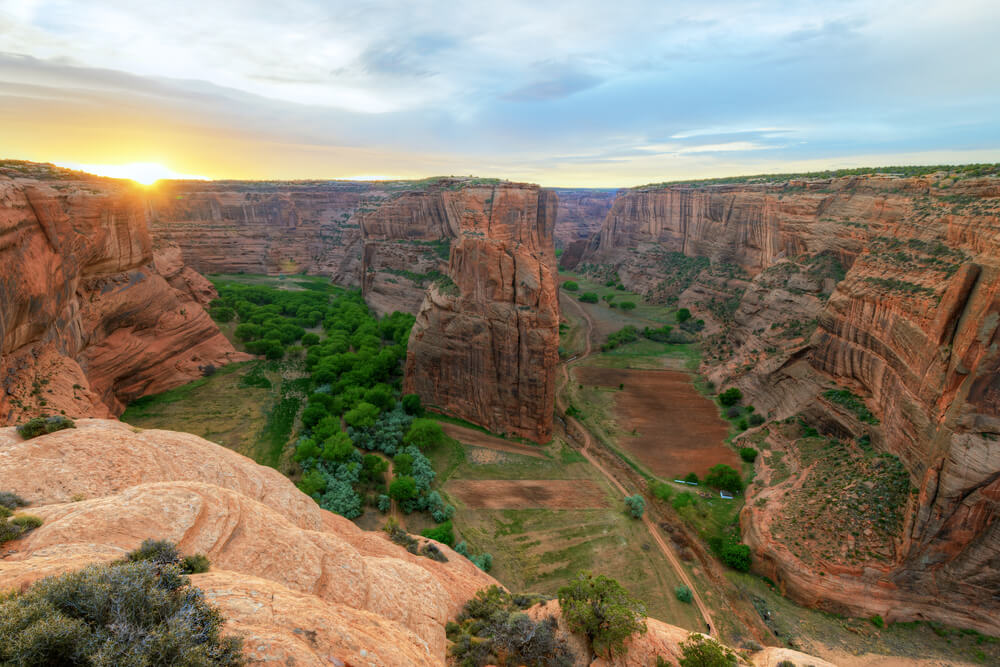 The Kali Gandaki Gorge in the Nepal Himalayas claims to be the deepest canyon in the world according to one criterion, as the Gandaki River flowing through it is 5 meters (571 feet) lower than the highest point of 18 meters (278 feet). What is not disputed is that the gorge is a world-class hiking destination.

On the subject: Ten most underrated sights in the USA

In northern Australia lies the majestic Kings Canyon in Watarrka National Park, which wows visitors with 300 meters (0,2 miles) of curved sandstone cliff walls, green vegetation and rock pools at the bottom of the canyon. Those who love first-class views of the gorge can take the challenging 6-kilometer (3,7 miles) walk around the loop.

The 45 kilometers (27 miles) long Dades Gorge is one of the many reasons to travel in Morocco. The canyon has been carved over millions of years by the Dades River, and in some places, sandstone and limestone cliffs rise up to 500 meters (1600 feet).

The ten most beautiful buildings in Los Angeles

Ten most beautiful US castles you might not know about