Home At home 'That's it, I went to the front': the first mobilized Russians are already being prepared for shipment to Ukraine

'That's it, I went to the front': the first mobilized Russians are already being prepared for shipment to Ukraine

Summons to the citizens of Buryatia liable for military service began to be issued on the evening of September 21: on the morning of the same day, Vladimir Putin announced the start of "partial mobilization", reports Meduza. 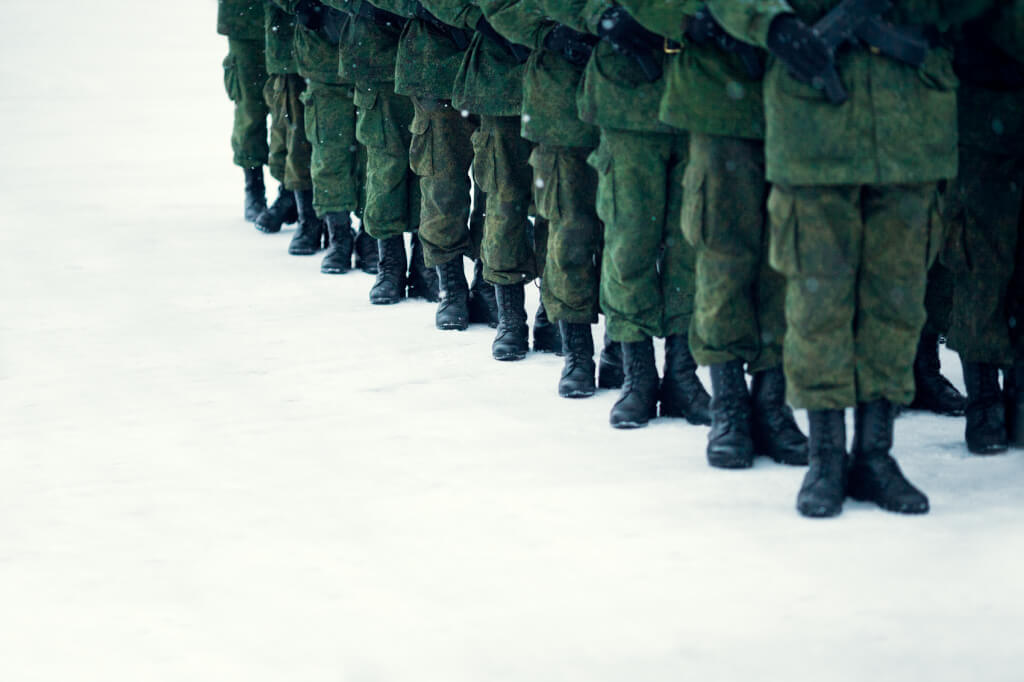 The agendas indicated the time at which the inhabitants of the republic needed to appear at the military registration and enlistment office - from 6:00 to 9:00 the next day, said the head of Buryatia, Alexei Tsydenov. The mobilized at night were taken from their apartments and taken to the military registration and enlistment offices. The publication “People of Baikal” tells how the mobilized went from their beds to military training before the war in Ukraine.

On Shumyatsky Street (in the capital of Buryatia, Ulan-Ude), an elderly woman in a woolen scarf holds a plastic bag in her hands, which contains five packs of Peter I cigarettes. She is waiting for her son-in-law to be brought to the recruiting station. Tonight, a 35-year-old resident of the Barguzinsky district was handed a summons. In the near future it should be brought to Ulan-Ude.
“I have three sons already there,” the woman says quietly. - Now they will take the son-in-law. And everyone wants to fight, everyone. The men are kind of crazy." The woman’s phone rings, she answers calmly at first, and then breaks into a shout: “Pasha, are you approaching? Yes, I brought cigarettes. You tell everyone there that you have four children, do you hear? Tell everyone! Maybe they'll let you go."

On the subject: Journalists under the guise of military commissars phoned the sons of Peskov and Mishustin and invited them to the military registration and enlistment office

Buses with mobilized people arrive in Ulan-Ude in the morning. The men are taken to the assembly point of the Military Commissariat of the Republic of Buryatia on Shumyatsky Street. This is a large area fenced with a fence, which is closely adjacent to a residential high-rise building. A ten-minute walk is the Lukodrom, where funeral services are held for the soldiers who died in Ukraine.

The first to be brought to the recruiting station are residents of the Tunkinsky district. According to a local administration official, 20 conscripts were taken away tonight in an area with a population of 700. If there are about 130 thousand people in all of Buryatia, 980-6 thousand can be mobilized.

Among those already mobilized is the director of the general education school in the village of Kyren. There was no dissatisfaction or unwillingness to fight in anyone. “Everyone knew that there would be mobilization, and they were internally prepared that they would come for them,” says the official of the district administration and asks not to give his last name.

It takes six to seven hours to get to Ulan-Ude from the Tunkinsky district. On the way, the mobilized are given lunch, fed with buuz - this is a national Buryat dish, similar to a steam dumpling. “Each one ate ten pieces,” says the wife of one of those mobilized in the Viber group “Collis 03. Tunkinsky district.” Members of the group have already begun to raise money for cigarettes and warm hats for future soldiers. Women are discussing that they should give their husbands bags with sacred sand from the Buddhist datsan "Burkhan Baabay".

Tunkins are brought to the recruiting station in two white Fords and two yellow school buses - paziks. Transport stops in front of the recruiting center gate. Mobilized - almost all in camouflage suits - go out for a smoke break. Many have bags or backpacks in their hands; their wives and mothers prepared them.

“I’m 45 years old, I served a thousand years ago, I didn’t go to any hot spots,” the overweight, unshaven man sighs. "Okay, let's shoot." Tunkins finish their smoke, get on buses, they are brought to the territory of the military registration and enlistment office. One of them, while waiting for the others, shakes his fist in the cabin and sings: “Again, gray night, and only I trust her.”

Ten minutes later, mobilized people from the Yeravninsky district arrive. Then there are buses from Zaigraevsky, Kurumkansky, Barguzinsky districts. Sergey from Yeravninets gets off the school bus with a bottle of Zhigulevskoye beer.

He is wearing a plaid shirt and a puffy vest. Worth swaying. He smiles at a group of Kurumkans, they stand in a circle and drink vodka - straight from the throat of the bottle. “Take me off, you can,” Sergey waves his hand. - I think that our country or Buryatia will crush this China. Oh, or Ukraine.

Sergei is 49 years old. He served, but "for a very long time." The Eravnian has a wife and two daughters, the youngest went to the first grade. “She asks me where I went,” Sergey explains loudly. - And I say: on the watch. That’s the watch, ***** [damn], strange, right?
Sergei assures that he is not afraid of death. “I said goodbye to my wife, and to my daughters too,” he adds, and tears appear in his eyes: “That's it, I went to the front,” he says goodbye and hiccups loudly.

The mobilized residents of Buryatia will be sent to Chita or Blagoveshchensk. There they will undergo military training. After that - Ukraine.

'Your leadership is leading the country to the abyss': the journalist returned to Putin all the awards that he presented to her

Space tourism without leaving the Earth: a moon hotel is being built in Dubai