Home In the U.S. Trump, Putin and talking reptiles: in the USA awarded the 2020 Shnobel Prize

Harvard University hosts the 30th 2020 Ig Nobel Prize, a joke science award for research authors who, as its charter says, "make you smile first, think second later." This year, Russian President Vladimir Putin was named one of the laureates, along with several other world leaders, for his actions during the coronavirus pandemic. Air force. 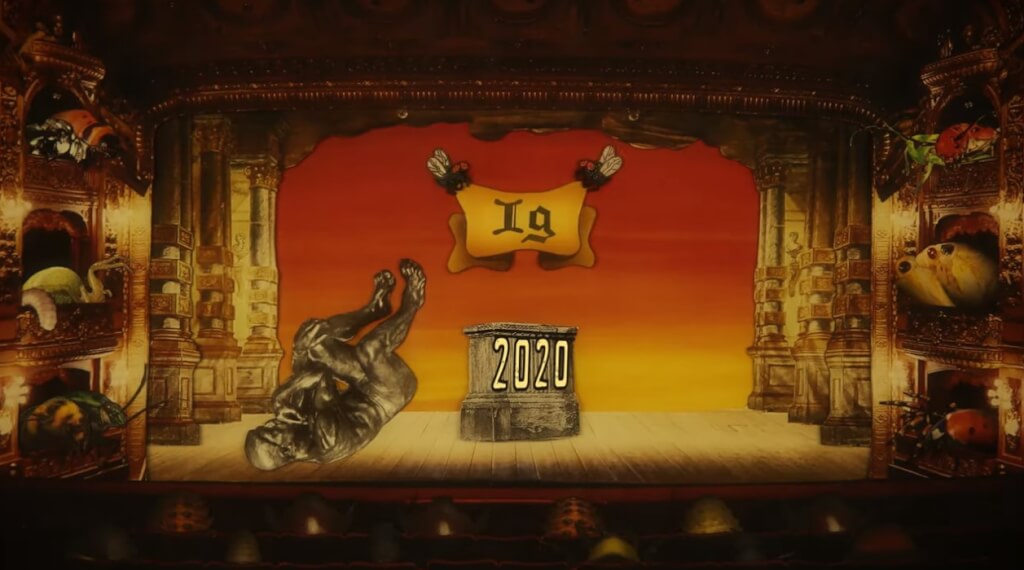 However, most of the other awards, as in previous years, were presented to serious scientists engaged in research, the practical benefits of which at first glance may seem unclear.

Stefan Reber from Lund University in Sweden received the Nobel Prize in Acoustics for a very unusual and rather dangerous experiment for scientists. Together with several colleagues, he placed a Chinese alligator in a chamber filled with helium, and recorded how this would change the timbre of the reptile's sounds.

As you know, inhaling helium, people begin to talk in a very high voice. This is because gas has a much lower density than air and does not place as much stress on the vocal cords, which vibrate at a higher frequency.

It would seem that serious scientists should not waste their energy trying to listen to a squeaky alligator. However, there is a very real scientific problem behind this procedure.

Hear the voice of a reptile

The fact is that scientists have studied how alligators and other reptiles “communicate” with each other, that is, they tried to explain the meaning of certain sounds that they produce. In particular, the researchers intended to prove that with the help of the timbre of the “voice” these animals can tell their fellow-species about their size. It is already known that mammals and birds have this ability.

“The resonance frequency of the vocal tract will generally be lower with larger body sizes, because the air vibrates in a larger space,” explained Stefan Reber in an interview with the BBC. “We didn't know that reptiles also have a resonance. For example, frogs, amphibians do not have it. So we had to prove that crocodiles really have resonance. ”

After the alligators were forced to breathe helium, scientists were able to prove that the size of their bodies is really related to the timbre of the sounds they make.

“However, I did not check whether these animals can perceive such information,” says Reber.

The Reber Prize was presented by the winner of the real Nobel Prize in physics, a British scientist of Russian origin Andrei Geim.

On the subject: The dirtiest money and magnetized cockroaches: who and for what received the Shnobel Prize-2019

Another winner this year is American anthropologist Metin Eren of the State Research University in Kent, Ohio. He won the Materials Science Prize for an even more daring experiment - making a knife from his own frozen feces.

As the Canadian CBS recently told, the scientist came across a legend in the folklore of the Inuit tribe about a man who was robbed of all his property. In a severe frost, he went into his own hands, and then made a knife from his feces. With this simple tool, the man allegedly killed the dog guarding him, made another dog out of its skin, and rode it away.

To check if this could actually happen, Metin Eren and several other anthropologists froze the feces, made a blade out of them - and tried to cut meat chilled in the refrigerator - they understood that when in contact with any other warmer material, the knife would instantly turn into its the initial state.

Unlike experiments with a crocodile, the anthropologists' venture ended in failure. The knife did not cut anything, it only left disgusting brown marks on the surface of the meat.

What does Putin have to do with it

Nevertheless, the scientist said that he was very pleased with the receipt of the Shnobel Prize.

“This is a great honor for me,” Eren told the Guardian newspaper. - I have followed the Shnobel Prize all my life. For me, this is a dream come true. True".

As for Vladimir Putin, the Russian president was named among the winners of the award in the field of medical education.

The Shnobel Committee said the award is for "using the COVID-19 pandemic to teach the world how politicians have a greater practical impact on people's lives and deaths than scientists and doctors."

Due to the coronavirus pandemic, this year's ceremony took place online, with a $ 10 trillion Zimbabwe banknote being handed over to the winners as a cash prize.

On the subject: Shnobel Prize-2018: roller coaster of kidney stones and fly-smelling wine

Journey into the past of the universe: what is the merit of the Nobel Prize winners in physics and chemistry

'He did more than others': Trump was nominated for the Nobel Prize