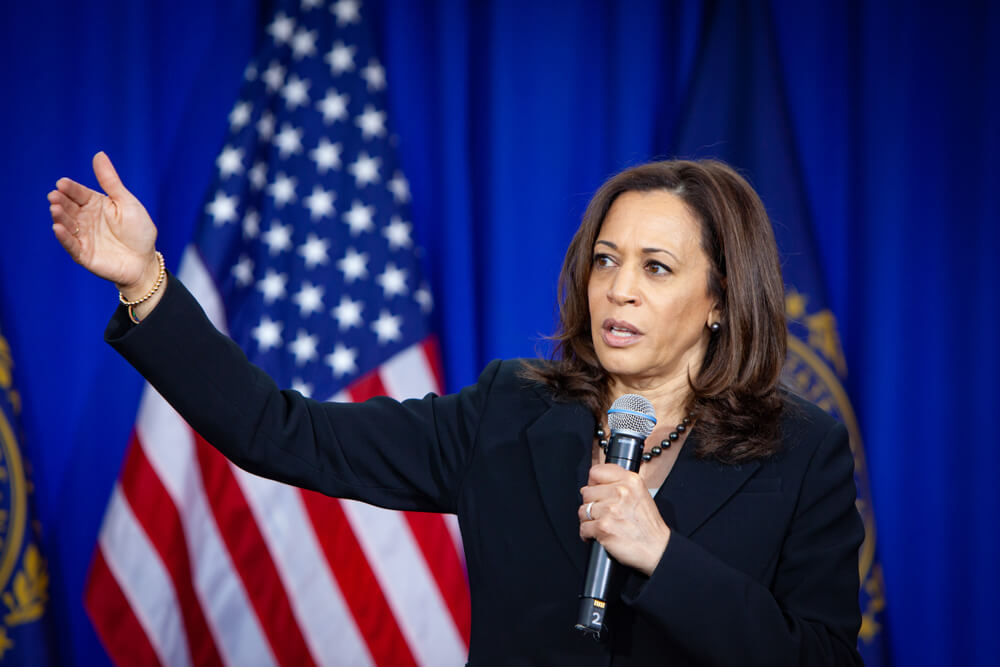 As Joe Biden's partner in the presidential election, Harris is slated to debate Mike Pence, the current US Vice President, in October.

Earlier, Biden said that he wants to see a woman in this role, and Harris's name was constantly called among potential candidates. Here are some interesting facts about politics.

Harris, 55, was born in Oakland, California. She is the daughter of immigrants. Her father is from Jamaica and her mother is from India. Both parents are scientists. Mother worked in a laboratory at the University of Berkeley, father - a professor of economics at Stanford University. Her parents divorced when Kamala was 7 and was raised by her mother.

Harris herself graduated from the University of California, became an attorney in San Francisco in 2003 and attorney general of California in 2010.

She became the first black woman and South Asian American to run for the presidency for a leading party.

She is also the third woman in this role after Geraldine Ferraro, who ran for the Democratic Party with presidential candidate Walter Mondale in 1984, and Sarah Palin - she ran as a Republican candidate with Senator John McCain in the 2008 presidential race. In both cases, the elections ended in victory for their rivals - George W. Bush and Barack Obama, respectively.

On the subject: 9 chances out of 10: Biden predicted to beat Trump in 2020 presidential election

She was compared to Barack Obama, and she didn't like it

Harris has been called the "female version of Obama" for years, since her days as a prosecutor in San Francisco.

“One thing that annoys her terribly is when she is seen as a demographic stereotype,” said Sean Clegg, her advisor, in an interview with The New York Times. - She was a prosecutor. They have different life experiences. She told us: "Don't define me by what a man did."

“I've known Senator Harris for a long time. She is more than ready for the job. Throughout her career, she has defended our Constitution and fought for people who need justice. This is a good day for our country, ”he wrote on Twitter.

Harris and Biden have a long-standing friendship

“She worked closely with Bo. I've watched them fight big banks, help workers, protect women and children from violence, '' Biden tweeted on Tuesday, August 11. "I was proud of them then, and today I am proud that she is my partner in the election campaign."

Harris, although she criticized Biden for his political decisions, praised his human qualities, in particular, pointed to his empathy and understanding of people.

Criminal law reform was her main theme during the party elections. Harris highlighted the experience she gained while working for the prosecutor's office in California for 13 years. She describes herself as a “progressive prosecutor” and says she has worked on reform of the criminal justice system, in particular by launching a public reintegration initiative in 2005 for those first detained for drug-related crimes.

But critics point to her track record, in particular the program that threatened jail time for parents whose children are missing school, as well as some unfair sentences in the cases she handled. Progressive Democrats criticize her choice as a potential vice president as someone with a background in law enforcement at a time when protests against police brutality swept across the country.

Harris arrived in Washington 4 years ago as a senator from California. During the party elections, she was the leader in the initial stages, but with 2% of the vote, she dropped out of the race. It was the weak result during the primaries that US President Donald Trump drew attention to when criticizing Biden's choice.

During a party debate in June 2019, she criticized Biden for speaking out warmly about his working relationship with legislators who supported segregation. She attacked him for opposing the policy of transporting schoolchildren by bus in order to integrate racially segregated schools in the 1970s.

Despite her harsh criticism of Biden, she supported his candidacy. Three months after leaving the race, Harris posted a video on Twitter in support of Biden.

“I believe in Joe. And I will do everything in my power to help elect him as the next President of the United States, ”she wrote.

Harris clearly outlined her position in support of Ukraine

She outlined her position on Ukraine and other foreign policy views in response to a question from the Council on Foreign Relations.

“The illegal occupation of Crimea by Russia is a gross violation of international norms that have followed the world since World War II, as well as Russia's support for military operations in eastern Ukraine and cyberattacks,” she replied and promised to support official Kiev on the path to reforms ...

“I will continue to support Ukraine and ensure a clear US position in support of Ukraine's sovereignty and territorial integrity. I will prioritize working with the Ukrainian government to develop its troops, strengthen its civil society, and fight corruption, while at the same time working closely with our European partners on a diplomatic solution. ”

Vice President of the United States