Nobody knows what's under the asphalt of New York 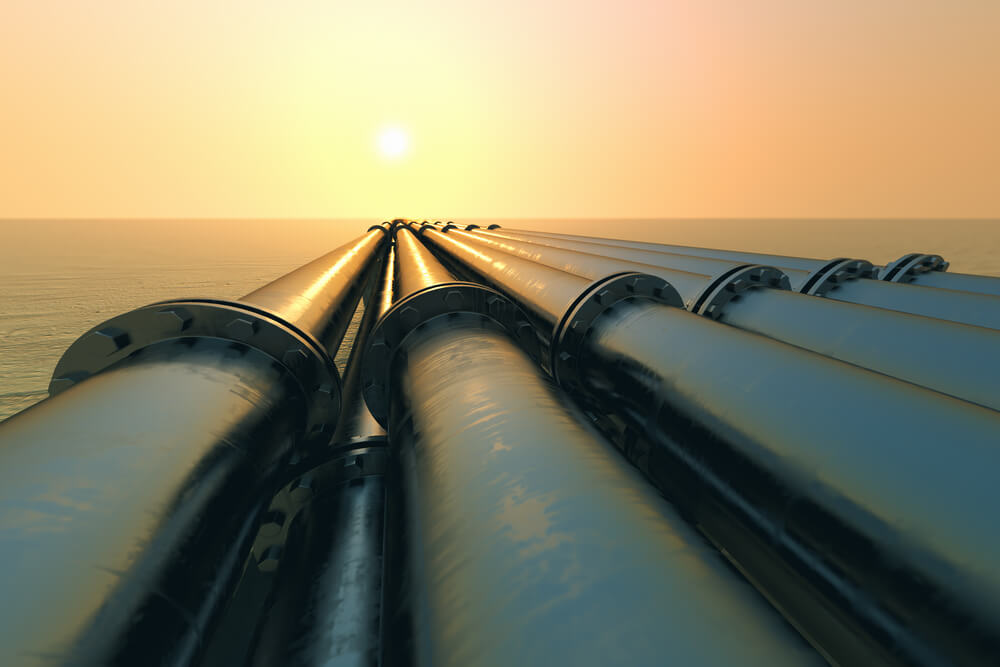 In 2010, Alan Leidner worked with the company's public service Booz Allen Hamilton Inc., which is part of the US National Security Department, and identified potential weaknesses in the country's infrastructure. Leidner's interests included New York and New Jersey. During the study, Leidner discovered that there was a weak spot on 13 Street on the banks of the East River, which could be affected by flooding.

In 2012, Sandy’s hurricane confirmed Leidner’s concerns. The researcher urgently initiated the strengthening of this site. Infrastructure technicians built barriers around vulnerable transformers, but this did not save the substation. As a result, several transformers in New York exploded because of Hurricane Sandy. Electricity could not be restored for 3 days. Hospitals NYU Langone and Vellevue were de-energized, and the generators could not cope with the load.

Leidner believes in the power of geospatial data - that "by working with several different maps of a city, you can get valuable data." In the 90s, the scientist led a group that developed the creation of a map of New York, it was a complex cartographic work that preceded the appearance Google Earth. On this map, the smallest details were noted: from billboards to borders. However, these cards do not take into account the underground city, a network of infrastructural and natural features that lie under the city. Leidner is confident that if such data were at the disposal of scientists before Hurricane Sandy, then transformer explosions could have been avoided.

Now the scientist is finishing work on creating a detailed underground map. This work should improve the security of the city, as well as help government officials better navigate the city’s infrastructure. In addition, this map will show the possibilities and prospects for creating a “smart” city, when it will be possible to introduce automatic sensors into the underground network so that they can control the flow of everyday city life.

Under 6000 kilometers of asphalt and concrete roads in New York are thousands of kilometers of water, sewer pipes, gas pipelines, telecommunications and electrical infrastructure. There are 800 kilometers of subway routes and 160 kilometers of Con Edison electrical networks. But few people know about it. Different details of the New York dungeon map are kept by different stakeholders. For example, Con Edison keeps an electrical grid, a Department of Environmental Protection has a water and sewer pipe, and the Metro Administration (MTA) can tell you where the transit tunnels are, and so on.

Imagine that a city is a living organism, which consists of nerve endings, the respiratory tract, the skeleton. And there is a surgeon who knows where only one particular element is located in this body. So it is now, and New York. Poor-quality utility repairs are often carried out when repairing one element of the underground infrastructure, and at the same time disrupting the operation of another element.

The Leidner map would combine all city pipes, tunnels, streams, sewers on one carrier, and one could see where gas line corrosion is possible, where you can drill and dig the foundation, and where not. This would make life much easier for workers in the urban infrastructure industry.

Leidner began his career by developing a geographic information system (GIS). This interactive map allowed the user to manage geographic data. The map was visualized based on GPS data.

Present the map in your phone, where your location and various restaurants are located nearby. So it is here. This map allows the National Geospatial-Intelligence Agency (NGA) to visualize and predict weather conditions and their impact on infrastructure.

GIS software made it possible to visualize the centers of emergency situations and analyze their consequences. Then GIS was used for laying new water communication in the city. The computer system easily laid a route for hundreds of kilometers of water supply. Then the same system was used for laying and upgrading sewers.

At that time, the idea came to create a common map for water supply and sewage systems. Then this project was expanded and tied to physical objects on the surface of the earth, displaying control points of system connections on the map. The base map was created in 1999 year and distributed across all municipal services. Different services could coordinate their work and make repairs more efficiently.

This is not the end of GIS history. 11 September 2001 was called by rescuers. He was instructed to create maps for them that would help in the rescue operation. Scientists have collected more than 3000 cards and compared data from telecommunications, power grids, and water mains. At some point, scientists have noticed that under the building of the World Trade Center is an underground tank of freon, which was used to cool the building.
“Part of our analysis was to identify fires in the building that were not obvious to firefighters,” says the scientist.
If the fire had reached the tank with freon, it would have been a disaster. When heated, freon is transformed into phosgene, and this is a toxic gas that is used in the manufacture of chemical weapons. Scientists were able to establish that the sources of fire are far from a dangerous point and will not provoke an explosion.

This case showed how important an understanding of what is underground can be. Scientists thought that now their idea of ​​a "dungeon map" would receive the necessary support in government circles. However, despite the obvious benefits of the development, the project has stalled. Many companies refused to provide data on their networks, as they believed that a community map could threaten the security of a city.

Leidner and Dorf suggested that after this the underground map project will continue to evolve. Only the Freon incident showed how useful it was to have a clear idea of ​​what lies beneath the ground. But September 11 events presented this project in a different light. Con Edison, who by the 2001 year was on the verge of agreeing to initiate a fully digitized common electrical infrastructure map, did not support it, citing security concerns.

In 2004, Leidner went into consulting and stopped actively developing his map. But 6 years ago, Leidner and Wendy Dorf (the scientist who helped Leidner in developing maps) met and made another attempt to promote their ideas. Leidner decided to create his own map without the direct support of the city. He appealed to the Ford Foundation of New York, which is entrusted with financing innovative projects of scientists. And there received support.

By that time, the idea of ​​creating underground maps began to be implemented in one form or another all over the world. In July 2004, an accident occurred in Belgium during the construction of a gas pipeline. 15 people died, another 100 injured. The authorities concluded that the cause of the tragedy was that the builders had incorrect information about the location of the pipeline. The Belgian government has commissioned to create a map of the underground infrastructure, which would display the assets of more than 300 utility companies in Flanders. Now, before proceeding to construction, the contractor must provide the coordinates of the workspace through a computer portal called KLIP. The request is sent to all interested parties, synthesized, and only then the contractor receives a building permit.

In New York, data are collected on the water supply, sewage and the location of metro stations - there is no such data collected in one place in any city. In addition, unlike Belgium, a map of New York is planned to be made in 3D. Further development of this map depends on whether such an electric giant like Con Edison agreed to take part in the development and share his data.

In the meantime, New York Mayor Bill De Blasio allowed the Leidner team to contact city agencies to discuss the project and then submit it to the city mayor’s office for approval and approval.

10 best ways to spend a day in New York

11 mysterious places in Central Park, which you did not know

Where did the names of the most famous streets of New York come from?

12 things that only New Yorkers will understand