Home Positive Neither yours nor ours: there is an island in the world that two countries own for six months in turn

Neither yours nor ours: there is an island in the world that two countries own for six months in turn

Between Spain and France: about an island that changes country every year, reports BBC. 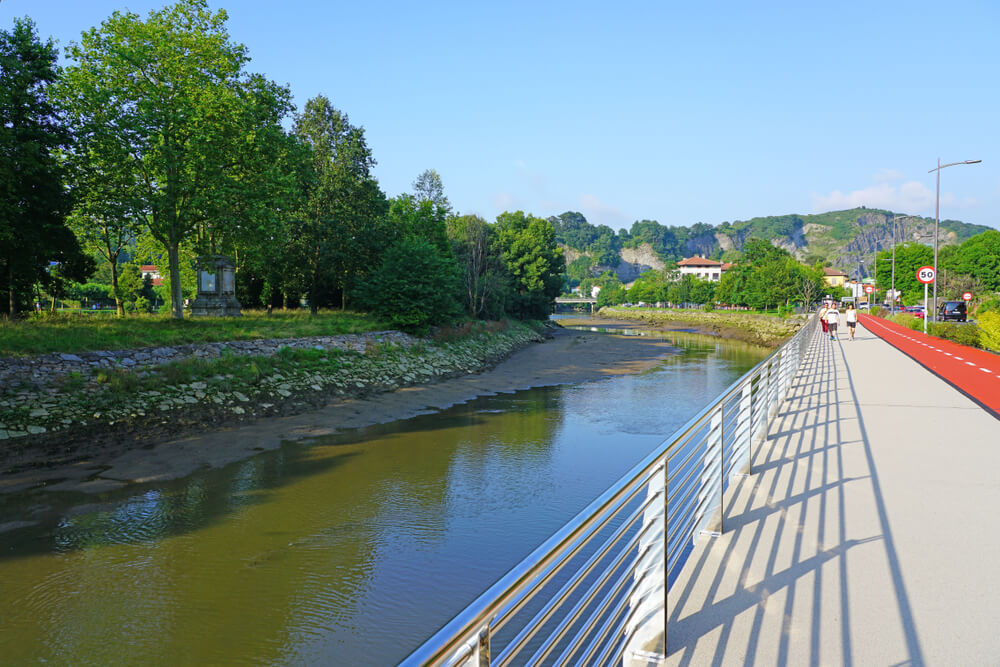 In a few days Spain will add 3000 sq. m of French territory - and without a single shot.

And six months later, she - again, voluntarily - will return this piece of land back to France. This has been going on for over 350 years.

The French resort of Hendaye is located on the territory inhabited by ethnic Basques, almost close to the border with Spain.

In the off-season, its beautiful sandy beaches, as it seems at first glance, become a favorite habitat for hundreds of fur seals. But if you look closely, it becomes clear that these are surfers in wetsuits.

Behind the long breakwater begins the historic Spanish city of Fuenterrabia, and then the large industrial city of Irun.

The border between the countries runs along the Bidasoa delta.

If you go upstream of the river, the view will change. Large, colorful Basque buildings give way to rows of industrial warehouses on the French side and unsightly gray boxes of apartment buildings on the Spanish side.

But we pay attention to the island of Fazanov.

Finding it is not so easy.

When asked to tell how to get to it, local residents are surprised and do not understand what can be attractive about it.

They say that there is nothing to look at, and warn that it is impossible to get there, it is deserted. This is not a tourist destination - unlike, for example, the island of Mont Saint Michel.

On the subject: How unvaccinated from COVID-19 are infringed in different countries: in the USA there is still a very soft approach

Fazanov Island is a quiet, inaccessible island in the middle of a river.

It is covered with trees and the grass is neatly trimmed. In the middle of the island there is a monument dedicated to a historical event that took place here in 1659.

For three months the Spaniards and the French discussed on the island, which was considered neutral territory, the conditions for ending the long war.

Wooden bridges were laid to it from both banks. The armies were on full alert throughout the negotiations.

As a result, they signed a peace treaty called the Iberian Peace.

It considered the transfer of territories and established the border between countries.

And the culmination of the peace negotiations was the wedding between the French monarch Louis XIV and the daughter of the Spanish king Philip IV.

The treaty also mentioned that Spain and France would divide the island among themselves, implying that control over it would regularly pass from one country to another.

Six months, from February 1 to July 31, the island of Fazanov is the territory of Spain, and the next six months is France.

Such a political structure is sometimes found in world practice and is called common tenure.
However, according to such agreements in force, the treaty on the island of Fazanov is one of the oldest in the world.

The commanders of the French and Spanish fleets alternately become governor or governor of the island. But since they have more important things to do, in practice the mayors of Irun and Anday are watching the island.

Benoit Ugartemendia in the municipality of Andaya is responsible for parks.

Every year he sends a group of people on a boat to the island to cut the grass and trim the trees.
At this, the powers expire. The water level in the river depends on the tide.

Sometimes you can wade to the island from Spain. Therefore, in addition to cutting the grass, the Spanish authorities are also expelling “illegal” tourists from the island.

Geographically, the island is quite small - 200 meters long and 40 meters wide. Sometimes - very rarely - visitors are invited to the historic island.

But, according to Benoit, older people usually come, since young people do not know anything about the historical significance of the island of Fazanov.

Nowadays, crossing the border between France and Spain is as easy as shelling pears - only traffic jams remind of it.

However, under Franco's dictatorship, the border was strictly guarded.

Anday Mayor Kotte Echenarro said that then along the river every 100 m there were patrols who made sure that no one crossed the border.

Currently, the mayors of Iruna and Andai meet more than 10 times a year to discuss issues such as water quality and fisheries.

In the past, Spanish fishermen have complained about the shape of the schooners of their French colleagues, and recently they have been worried about the large number of French people who come to rest in this area. They love canoeing and get in the way of fishing.

The fate of the island is not a priority at these meetings.

It is gradually crumbling. Over the past three hundred years, it has almost halved in size - mainly due to melt water from the Pyrenees, which flows into the river and erodes its banks.

But neither side wants to invest in strengthening the island's coastline.

There will be no official land handover ceremony this year.

Once the idea was expressed to raise the flag of the country under whose control it is at the moment on the island.

However, as mayor Echenarro said, until recently, this could only be an excuse for the Basque separatists to damage the flag or replace it with their own.

In a few days, one of the most uncontroversial islands in the world will change its master again.

And in August Spain will bring him back again. Unless, of course, he suddenly decides to break the 350-year-old deal.

In 2022, preferential Medicare insurance will rise in price: how much will you have to pay