Home Page Educational program An unforgettable April Fool's Day: how a joker in Alaska orchestrated the 'eruption' of a volcano

April 1 is not always as fun as you expected. But there are rare exceptions. One of the most original draws took place in 1974 in Alaska. This case was reported by the publication IFL Science. 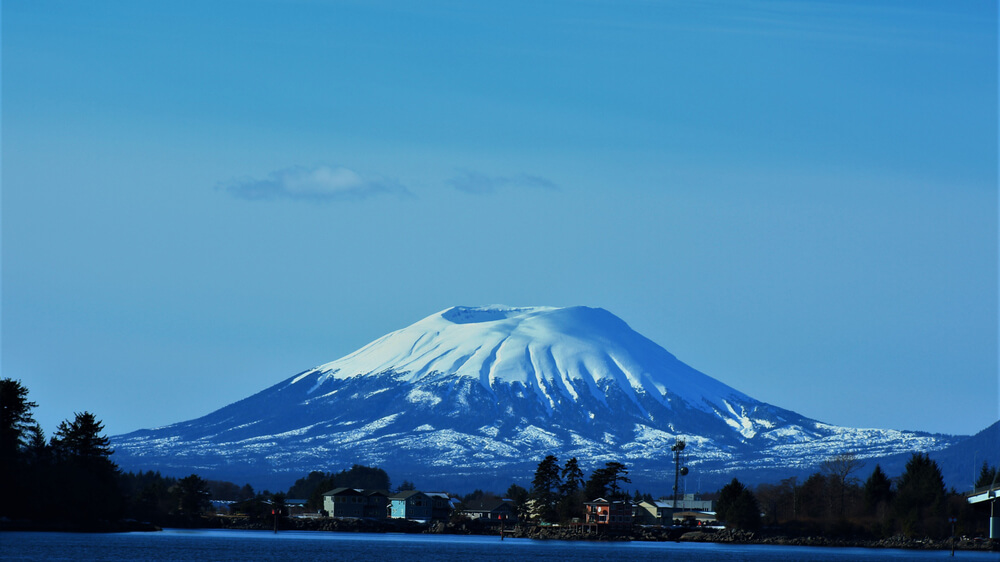 On a beautiful clear day with cool azure skies in Sitka, Alaska, on April 1, 1974, a man made a joke that he had been preparing for several years: he convinced the inhabitants of this small town that a nearby stratovolcano on Mount Edgumbe had begun to erupt.

On that fateful day, 50-year-old prankster Oliver "Porky" Bikar and his friends crossed the strait and covered all 976 meters of the volcano. Setting fire to dozens of tires, they threw them into the crater, and soon a powerful column of black smoke rose into the sky.

Bikar is a World War II veteran who survived the storming of Normandy Beach. He was 50 then, had lived in Sitka for 15 years and was known for his passion for the show. He was a forestry practitioner and his favorite trick was to cut down a tree so that it hits a target on the ground, usually a hard hat. ADN.

The idea of ​​the rally came to him in 1971, and all subsequent years he collected tires in anticipation of April Fool's Day with a clear sky. Finally, in 1974, conditions were optimal and he told his wife, "I have to go do it today." Bikar could not deliver all the tires on his own, so he turned to the helicopter pilot for help, who lifted them along with kerosene, smoke bombs and rags.

Trying not to cause widespread panic, Bikar even warned the FAA of his plans, and it allowed him to act. According to the Museum of Hoaxes, the pranksters also warned the local police, but forgot to inform the Coast Guard about their plan.

It is clear that the smoke from the volcano caused anxiety among residents. The authorities were warned, but phones were ringing non-stop at the police and radio stations. The Coast Guard dispatched a helicopter to investigate to see if they could locate the source of the smoke. Next to a pile of tires, the pilot saw Bikar standing next to a huge sign painted with spray paint that read APRIL FOOL (Happy Fool's Day).

On the subject: April Fool's Day: 10 similar to the joke of news that turned out to be true

Upon learning of the joke, most of Sitka found it terrific. An Alaska Airlines flight departing from Sitka changed course so passengers could see the man-made eruption. Even the admiral in charge of the coast guard in Alaska later told Bikar that the joke was brilliant.

But there were also those who did not appreciate such a trick. A Denver-based lawyer who witnessed the famous catastrophic eruption of Mount St. Helens in 1980 sent him a clipping from a related news report with a note attached: "You went too far this time."

The incident quickly became national news and is consistently featured on the lists of major pranks of humanity.

According to the Alaska Volcano Observatory (AVO), Mount Edgecumb, part of a rather complex system of volcanic cones in a vast volcanic field, has not erupted in over 4000 years. Currently, the volcano is either dormant or extinguished, so if you live in the area and see "ash" rising from its crater, it is most likely a joker paying tribute to the late Bikar, who passed away in 2003.

The secret of the mysterious monoliths in the USA and Europe has been revealed: now you can buy them