Home Page In the U.S. WHO admitted that it underestimated the threat of coronavirus: the US is evacuating its citizens from China

WHO admitted that it underestimated the threat of coronavirus: the US is evacuating its citizens from China

According to the latest World Health Organization (WHO) on January 29, 2020, a coronavirus from the Chinese province of Wuhan claimed 132 lives, the infection was confirmed in 6065 people, another 9239 cases were observed by doctors. In the United States recorded five cases of infection in the states of California (two patients), Washington, Illinois and Arizona, writes "Voice of America". 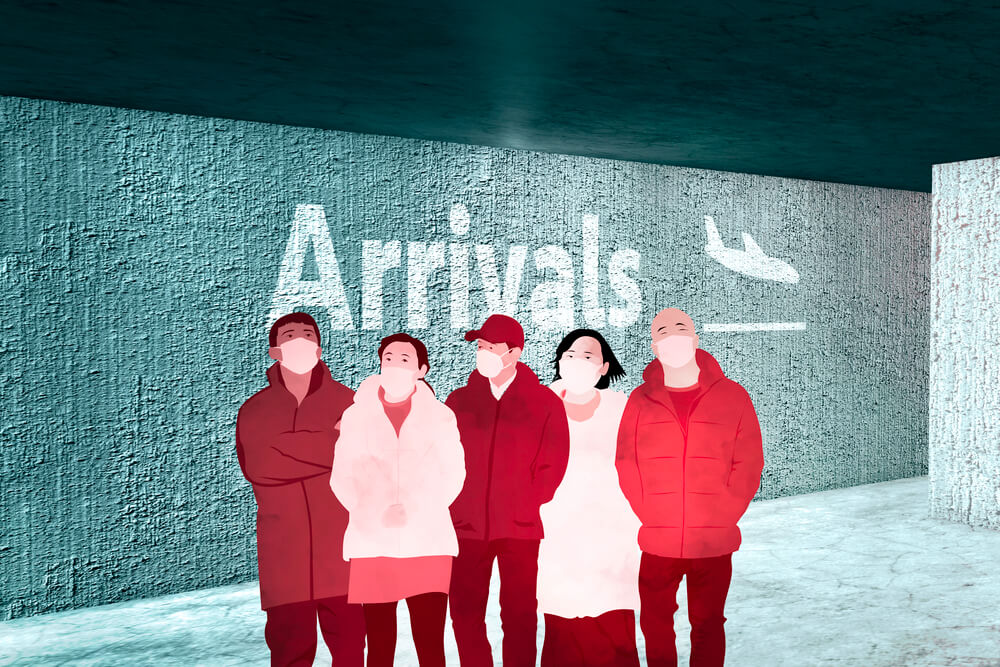 WHO admitted that it made a mistake in assessing the danger of the spread of the virus. Last week, representatives of the organization said that the level of threat is "moderate", but on January 23, at a press conference, the head of WHO called the risk "high."

The situation is aggravated by the statement of Chinese doctors that you can get infected even from carriers of the virus that do not show symptoms. At the same time, the incubation period lasts from 2 days to 2 weeks.

At a U.S. Department of Health briefing on January 28, officials noted the severity of the threat, but said they were doing everything to protect American citizens.

“The rules for responding to outbreaks of infectious diseases are quite simple: you identify cases, isolate patients, diagnose and treat,” explained Alex Azar, head of the US Department of Health, to the work of American doctors. - Then you find all the people who have come into contact with the infected patient and carry out the same actions with them. This is how our health departments work with the US Centers for Disease Control and Prevention. ”

Preventing the spread of the disease is the most effective way to deal with an outbreak, experts say. After all, although scientists are working on a preventive measure - a vaccine, there is no cure for the virus, only the symptoms can be alleviated.

Anthony Fauci, director of the US National Institute of Allergy and Infectious Diseases, explained: “Research is ongoing based on past experiences with SARS or respiratory syndrome. In between these outbreaks of disease, drugs were tested in test tubes, on animals, and even on patients. I must point out that their effectiveness has not been proven. ”

On the subject: 5 cases of coronavirus infection from China recorded in the USA: how to protect yourself

The plane carrying more than 200 US citizens evacuated from China's Wuhan - the epicenter of the deadly coronavirus - landed in the US on the evening of January 28. He first sat down for refueling in Alaska, and then flew to California at a special airbase. Fox News.

Persons on board the aircraft were checked before departure, examined by medical personnel during the flight and again examined when the plane landed in Anchorage.

“[Passengers will] be checked during the last leg of the flight by medical personnel on board; evaluated upon arrival at an air base in Riverside County, California; and then monitored for symptoms upon arrival, ”the CDC added.

Kurt Hagman, chairman of the supervisory board of the San Bernardino county where Ontario Airport is located, and a commissioner at the airport, reported on social media that the CDC had decided to redirect the flight to the air base.

“Ontario International Airport is one of the West Coast repatriation airports and we are always ready to welcome our citizens from overseas during emergencies,” Hagman said in a video posted on his YouTube channel. "We were ready, but the State Department decided to move the flight to an Air Force base for logistics."

Hagman told the Los Angeles Times that he was not given any other flight details.

“Everything has been very volatile in terms of information over the past 36-48 hours,” he added.

He noted that people in his area of ​​San Bernardino, California, expressed their concerns about landing at Ontario International Airport.

“People are worried - they wanted to make sure the government was protecting them,” Hagman told the newspaper.

On the subject: Influenza is much more dangerous to American health than Chinese coronavirus

The U.S. government reportedly ordered an airplane to smuggle diplomats from the U.S. consulate in Wuhan, as well as other citizens.

Officials said the San Bernandino County was originally chosen as the repatriation center for some 240 U.S. citizens arriving from Wuhan. 201 people flew in the plane.

“The Department of State plays a leading role in ensuring the safe and efficient and orderly departure of US citizens. The Department of Health and Human Services (HHS) and the Centers for Disease Control and Prevention (CDC) work with the Department of State to provide a public health assessment for each passenger on a flight. HHS and CDC are working with partners to ensure that any traveler who develops symptoms while traveling receives appropriate medical attention. ”

On the afternoon of January 28, the lobby at the Ted Stevens International Airport international terminal in Anchorage was almost empty; the terminal closed the racks of companies such as Korean Air, China Airlines and Asiana Airlines. Since the terminal is only active in the summer, this enables the airport to practice situations such as this.

“In winter, we have the opportunity and luxury of not having passenger traffic there, so this is the perfect place for us to handle this kind of flight,” said Jim Szczesnyak, airport manager.

“We express our sincere wishes and gratitude to the Americans returning home,” the airport said.

Ontario International Airport was designated about 10 years ago by the US government to receive repatriated Americans in the event of an emergency abroad, but this is the first time the facility was to be used for this purpose, said David Werth, a spokesman for the San Bernardino County.

China has blocked access to Wuhan and 16 other cities in Hubei Province to prevent the further spread of the virus, symptoms of which include fever, cough, sore throat, shortness of breath or pneumonia in some cases. The USA, Japan, South Korea and other countries have planned the evacuation of their citizens.