Home In the U.S. More than 100 thousand people died from coronavirus in the USA, but quarantine continues

May 27, the United States overcame the mark of 100 thousand deaths from coronavirus infection, while the states continue to quarantine, writes NY Daily News. 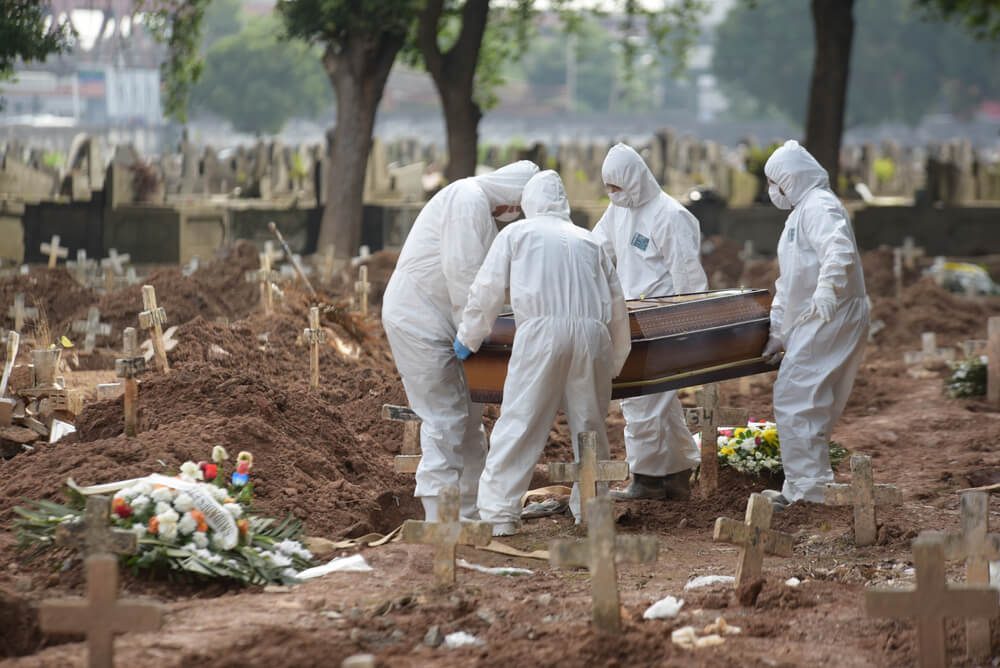 According to the Johns Hopkins University Coronavirus Research Center, these catastrophic losses are much higher than in any other country in the world, and far exceed the number of Americans who died in every conflict after the Korean War.

A deadly virus arose in Wuhan, China, the first official case was diagnosed on December 1. In January, when the disease began to spread around the world, US President Donald Trump claimed that the country was "completely under control." On February 26, he announced 15 cases in the United States.

“There are 15 people, and within a few days this number will approach zero,” Trump said.

But COVID-19 broke out in a nursing home in Washington state, and then New York became the epicenter, where 21 people died in five areas.

On the subject: In California, a wave of suicide during quarantine: there are more than deaths from COVID-19

Mortality of 100 at the beginning of March was suggested by Dr. Anthony Fauchi, director of the National Institute of Allergy and Infectious Diseases, but the White House did not agree with him then.

The country continued to witness the rapid spread of a deadly disease while the states were closing down and governors urging people to stay home.

Other heavily affected regions of the world, including China and Italy, have imposed severe restrictions that, according to health officials, helped stop the infection.

Now all 50 states are partially open, Connecticut is the last to remove a number of restrictions. In some states, including Georgia, Texas, and Florida, closure rates were significantly lower, they expected longer to close non-essential businesses, and rather opened their doors.

In the twenties of May, Trump called the detection of a large number of cases of infection in the United States, recently exceeded 1,5 million people, "a sign of honor."

“I don’t think it’s bad that we have many cases,” he said. - I think that in a certain sense this is good, because it means that our testing is much better. If we tested a million people instead of 14 million, there would be far fewer cases, right? ”

On the subject: Fever, vomiting, and fainting: COVID-19 vaccine tester talks about his health

States and municipalities now have to balance the health and safety of their citizens as the economy recovers, which suffered devastating losses this year. Schools remain closed, but industries such as tourism, retail, and restaurants have begun to restart, despite concerns about a second wave of coronavirus that could come in the fall.

Another 2,1 million people applied for unemployment benefits in the penultimate week of May. As a result, since mid-March, the total number of new applicants has reached 40 million, or about 26% of the workforce, according to New York Post.

US meat industry workers are massively affected by COVID-19: how will this affect prices and shortages

He worked for 11 US presidents: a former White House butler died of coronavirus

Combined data: in several states found an error in statistics on COVID-19