Home World Threat to the global economy: how coronavirus brought down financial markets

Financial markets around the world are falling for the sixth day in a row amid fears by traders and investors that the outbreak of the Covid-19 coronavirus will disrupt the global economy. In almost 50 countries of the world, more than 80 thousand cases of the disease and more than 2800 deaths have already been recorded, the vast majority of cases and deaths are in China, writes Air force. 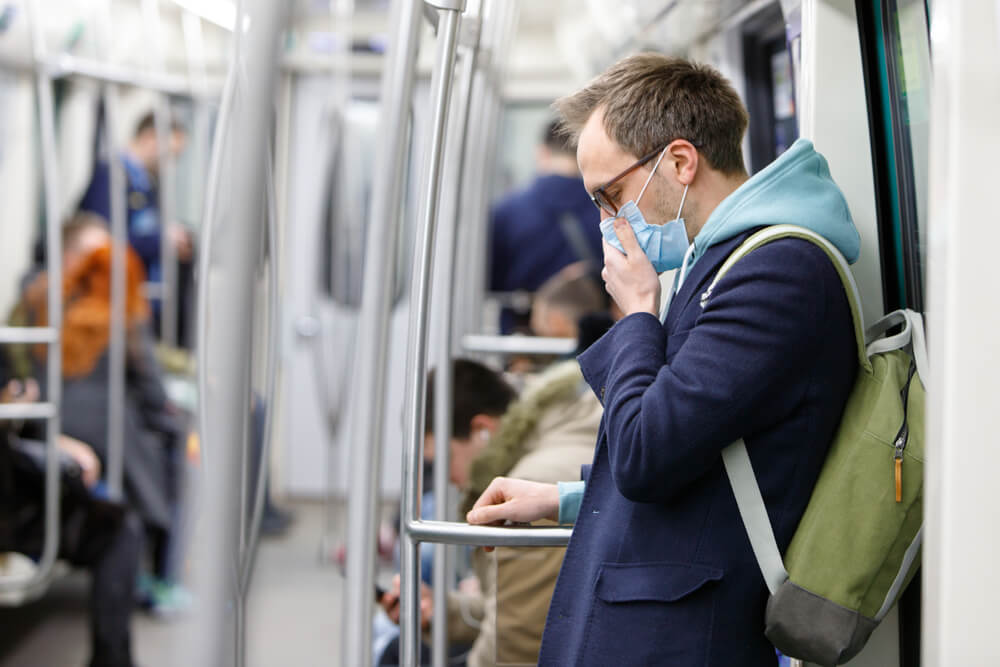 Weekly market losses in the US and Europe were the worst since 2008, when the global financial crisis erupted. In total, over the past six days, stocks of companies around the world have declined in price by $ 3,6 trillion.

The situation is similar in the Russian markets: according to the results of trading on Thursday, February 27, the Moscow Exchange index fell 3,4%, the RTS - 5,1%, the prices of most major shares on the Moscow Exchange fell within 10%. This is associated with a sharp drop in oil prices and general fears over the spread of the coronavirus.

The fall of the indices continues until all countries of the world introduce measures to combat the outbreak: people are advised to refuse to travel, the work of various enterprises is suspended, much fewer buyers come to stores.

What is happening in the world

Italy suffered the most from the virus in Europe - by the morning of Friday, February 28, there were 655 cases of the disease and 17 deaths. Quarantine was introduced in 11 cities in the north of the country, located in Lombardy and Venice.

Public events are canceled throughout Italy, the famous La Scala opera house in Milan previously temporarily stopped working, some shows at Milan Fashion Week were held with an empty audience, and the carnival was canceled in Venice.

On the subject: How can a U.S. resident prepare for the spread of Chinese coronavirus?

According to BBC correspondent Mark Lowen, the Italian government is trying to counteract panic. The country's foreign minister said that the "epidemic of misinformation" will harm Italy "more than the virus itself." According to the minister, diseases were recorded in 0,1% of the country's cities. “It's time to end the panic,” said Prime Minister Giuseppe Conte.

However, according to our correspondent, much is decided by how people in the world perceive the situation. And given the fact that Donald Trump did not rule out the introduction of restrictions on travel to Italy, Israel has banned entry to foreigners arriving from Italy, and Kuwait is evacuating its citizens from Milan, it will be very difficult for the Italian government to change the perception of the situation.

In one of the hotels in Tenerife, almost 600 people remain under lock and key after a tourist from Italy was diagnosed with a coronavirus, later the diagnosis was confirmed by three more Italians who were there. On Thursday, 130 guests received permission to leave the hotel.

Japan (214 cases) and Iraq (7 cases) closed all schools in the country. Similar measures have been taken throughout mainland China and Hong Kong.

Japanese schools will close their doors on Monday, March 2, and will be closed until at least the end of spring break, which in Japan usually lasts until early April. 13 million schoolchildren will have an extended break in school. Japanese Prime Minister Shinzdo Abe said it would be "incredibly important" to stop the spread of the infection in the first weeks of March. It is reported that one of the cases in Japan - a woman from Osaka, who is about 40 years old - recovered, but then tests again showed the presence of the virus in her blood.

В China On Thursday, February 27, 29 people died from the coronavirus and 433 new cases were detected. The total number of infected in this country amounted to almost 79 thousand people, the deaths - 2788.

The authorities ordered everyone who arrives in Beijing from the country's provinces affected by the virus to isolate themselves from others. Almost 200 million Chinese students will not return from spring break and will study online.

In the second after China in the number of cases South Korea more than 1700 cases of infection have already been recorded. On Friday, it became known about the cancellation of a series of performances by mega-stars K-Pop BTS. The musicians were supposed to give four concerts in April at the Olympic Stadium in Seoul, which were ready to attend 200 thousand people.

More than 90% of new cases of the disease in South Korea were detected in the city of Daegu, located 300 km southeast of Seoul. Many of those who have contracted the new virus belong to the apocalyptic sect "Shin-chonji Tabernacle of Testimony", now the authorities are checking all its members, which is 210 thousand people. Daegu officials said the sect leader would be charged with violating disease control measures because he did not provide a complete list of all the group's supporters.

On the subject: In the United States, they began testing on humans the medicine and vaccine for Chinese coronavirus

Saudi Arabia, where the coronavirus was not found, stopped letting pilgrims who visit the holy cities of Mecca and Medina enter the country. It is not yet clear how the situation with coronavirus will affect Hajj, which starts this year in July.

Iran remains the center of the spread of the virus in the Middle East (245 cases of the disease and 26 deaths were recorded there).

As our health correspondent James Gallagher notes, this means that the mortality rate among those infected is very high, more than 10% (14% - according to WHO). In other countries, the death rate is about 1%. This may mean that the number of people infected in Iran is clearly underestimated, the correspondent said.

WHO expects Iran to report a greater number of infected people, because so far, according to the organization’s specialists, only severe cases are recorded there.

No longer a temporary issue?

“When fear and uncertainty dominate, markets react very quickly. And now both are more than enough, ”says a leading analyst at Bankrate.com, a personal finance firm.

As a result, investors prefer to invest in the least risky assets, such as government securities.

On the subject: Border closure, flight cancellation, quarantine and checks: how the US and countries of the world are protected from coronavirus

At the same time, many of the world's largest corporations, including Microsoft and Rio Tinto (the world's third mining and metallurgical company), warn that they will not be able to fulfill their sales plans. On Thursday, February 27, Facebook announced that it was canceling a software developers conference in May.

Previously, many economists believed that the spread of the virus would only become a temporary problem for the global economy, but now they are much more concerned.

Former US Fed chief Jannette Yelen said on Wednesday February 26 that the coronavirus could lead to a recession in the US, and investment bank Goldman Sachs warned its clients that it is unlikely to expect an increase in corporate profits this year. The bank attributed this to a drop in economic activity in China and the United States, as well as "increased business uncertainty."