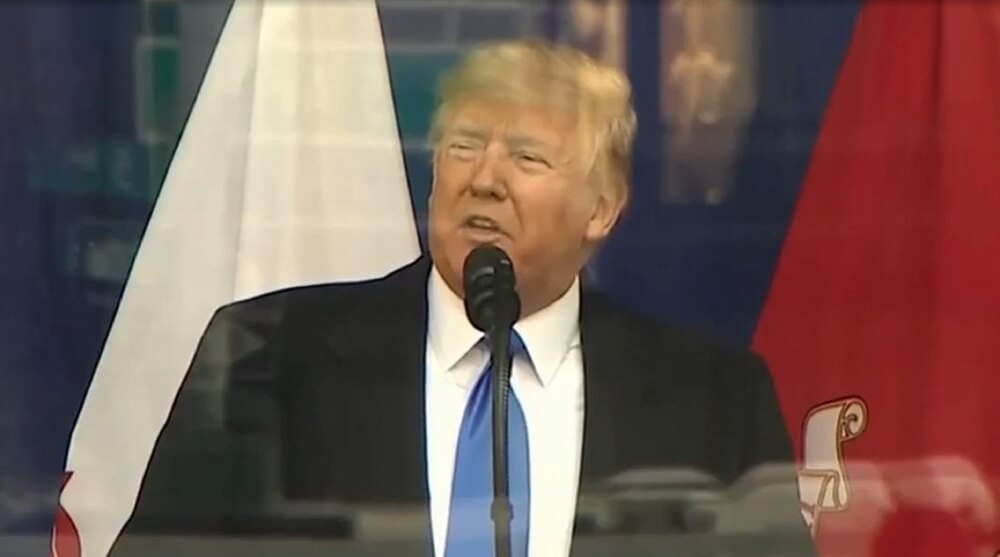 Trump, with broad powers over pardons under the Constitution, has granted full pardons - legal pardon for a crime - to 7 people and replaced or reduced prison sentences for 4 others.

Some cases featured prominent criminals such as former Illinois Governor Rod Blagojevich and former New York Police Commissioner Bernard Kerik. Others, although initially not aroused so much attention, became reasons for activists' initiatives, who considered the sentences too harsh.

The 2020 pardon act means that in just his presidential term, Donald Trump pardoned 25 people and changed the length of jail time for another 10 criminals.

Kerik, a former New York City Police Department commissioner whose reaction to the 11/2013 attacks was highly praised along with that of then-Mayor Rudy Giuliani, was sentenced to four years in prison. He pleaded guilty to a felony of tax fraud and lying to the White House through the head of the Department of Homeland Security. He served three years in federal prison before being released in XNUMX.

DeBartolo, a former owner of San Francisco 49ers, was fined $ 1 million in a Louisiana gambling fraud case in the late 1990s. DeBartolo testified that he had paid $ 400 to the governor of Louisiana, Edwin Edwards, in exchange for his assistance in obtaining a casino license on a riverboat. DeBartolo pleaded guilty to refusing to report the crime.

Milken, a fraudulent financier known as the “king of junk bonds,” pleaded guilty in 1990 to several charges of securities and tax violations. In a pardon announcement, the White House named Milken “one of America’s greatest financiers” and noted his work on prostate cancer.

Friedler, the founder and CEO of the software company in Arlington, Virginia, pleaded guilty in 2014 and served two months in prison for conspiring to break into the computer systems of two competitors. Friedler's company, Symplicity Corp., was a government contractor. Friedler was forced to sell the company after pleading guilty.

The owner of a Texas construction company, Pogue pleaded guilty and was sentenced to three years in prison in 2010 for filing a fake tax return. Authorities said Pog underestimated his income in tax returns for three years.

On the subject: The criminals of the year: our people arrested in the US in 2019

Former chief of staff of the General Services Administration, Safavyan was sentenced to one year in prison for lying about his connections with disgraced lobbyist Jack Abramoff. Safavyan was convicted in 2009 for obstructing the administration of justice and false testimony to authorities investigating Abramoff's activities. Prosecutors said that Safavian lied to hide his efforts to help Abramoff in his relationship with the government.

Stanton is a reality TV writer and star who is serving time in prison for her involvement in a car theft scheme. She is an avid supporter of Trump, a proponent of criminal justice reform, and the goddaughter of the politically conservative niece of Martin Luther King Jr. Alveda King. Stanton spoke at the Women for Trump Conference in 2018 and is a frequent contributor to Trump on her Twitter account.

The prison term was reduced for such persons:

The former Illinois governor was serving a 14-year prison sentence on federal charges for using his powers to obtain campaign money and other favors from potential contenders for the Illinois Senate seat, which was vacant when Barack Obama became president. Trump previously claimed that Blagojevich, a Democrat who appeared as a guest on Trump's Celebrity Apprentice television program, was treated "very, very unfairly."

Hall from Texas served nearly 14 years from an 18-year prison sentence for allowing her to use her apartment for drug trafficking.

On the subject: 'Hang up': how Americans give millions of dollars to telephone scammers

Munoz from Odessa, Texas, spent the last 12 years in prison after being convicted of smuggling marijuana. She admitted that she drew a map for a friend that showed checkpoints along the border with Mexico. According to Munoz, she did not know that the card would be used for drug smuggling, but she was sentenced to 18 years in prison.

Owner of a Miami-based mental health company, Negron was sentenced in 2011 to 35 years in prison for setting up a $ 205 million Medicare fraud scheme. She served eight years.

US launches investigation against Harvard and Yale over money from Russia

Five U.S. cities with the most murders