While California has a potentially record-dry February, federal regulators have ordered draining a large reservoir south of San Jose. This measure is caused by fears that as a result of an earthquake a collapse of the dam may occur, and this will lead to the influx of water into the Silicon Valley. Writes about this Fox News. 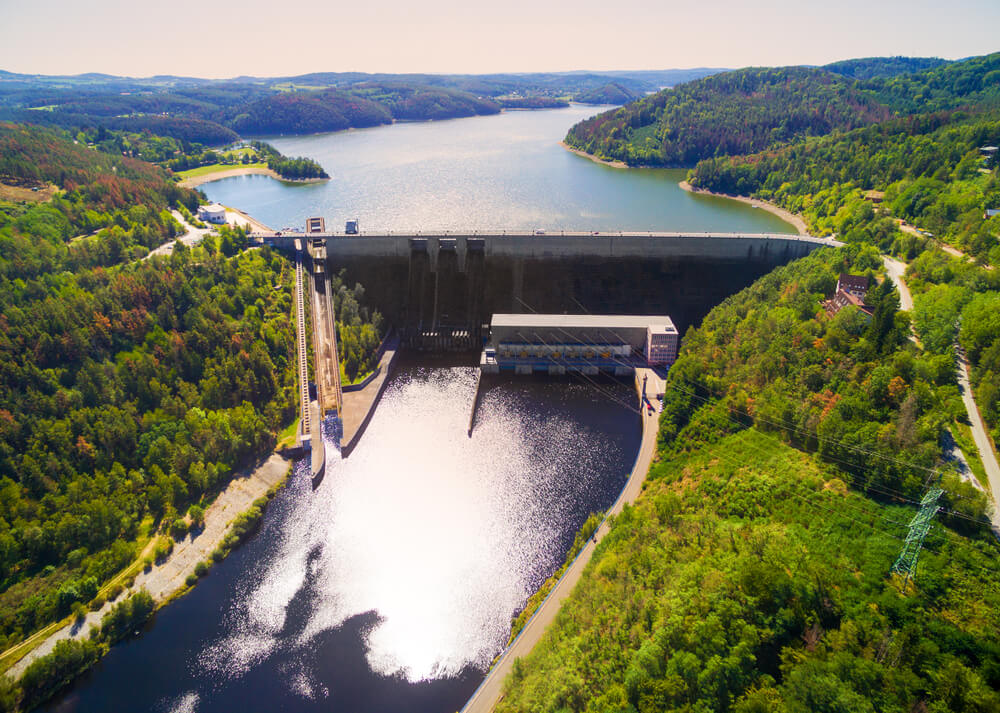 The Federal Energy Regulatory Commission ordered the Anderson Reservoir to be completely emptied by October 1 due to concerns that a 240-foot (73 m) dam would have too much risk of collapse in the event of a major earthquake.

“It is unacceptable to maintain the reservoir at an altitude higher than necessary when it can be reduced, thereby minimizing the risk to public safety and the large population downstream,” said the Director of Dam Safety and Inspection at FERC.

Anderson Reservoir was built in 1950 between San Jose and Morgan Hill. It can hold 90 acres-feet of water. The reservoir is the largest in the county of Santa Clara.

Since 2009, the water level in the dam has been maintained at a level of no more than 74% due to fears that it might collapse as a result of an earthquake of 7,2 points or more. The reservoir is built along the Calaveras Fault. Amid the threat of a new drought in California, Anderson Reservoir was only 29% full.

A project on seismic re-equipment was implemented, since in 2017 the reservoir was classified as having an “extremely high” hazard level.

On the subject: Spectacular: what a fiery waterfall looks like in California

“Studies have shown that a strong earthquake can damage the Anderson Dam, leading to uncontrolled water discharges that could flood cities and rural areas from the San Francisco Bay Area to the Monterey Bay Area, including most of Silicon Valley,” the statement said. Santa Clara Valley Water District, the authority responsible for the reservoir.

In 2019, Valley Water released a video showing the worst case scenario if Anderson's dam, filled to capacity, collapses in the event of a major earthquake.

Valley Water said it agreed with the Federal Commission’s assessment: the reservoir should be emptied before a “complex and time-consuming” modernization project.

“Valley Water has worked with several state and federal agencies over the years to get the proper permits, as the project has scaled up due to additional security and design requirements,” said Valley Water CEO Norma Camacho.

“The priority will be the design and construction of a large exhaust pipe, which will provide greater control over the water level and increase public safety,” she added.

Camacho said that draining the largest reservoir in the area is likely to lead to the death of wildlife downstream, including endangered trout.

In addition to the environmental impact, dry winters can lead to a new drought in California.

Water supply is an important part of supplying the San Francisco Bay Area with sufficient water for the annual needs of at least 130 people, as well as for the entire area, which is recognized as a source of emergency.

“Despite the fact that residents have coped with the task of saving water since 2013, another drought during this period may require everyone to significantly reduce water use,” Camacho said.

The agency is exploring other sources of water outside of Santa Clara County, for example, from major nature reserves in Cairn County, Valley Water District Executive Director Nina Hawk said.

“There's more water than you need to use for one year,” Hawk said. “This water is available to us so that our residents can use it.”

On the subject: The most scenic and romantic road in the USA: what you need to know about traveling on the famous highway in California

Since consumers have significantly reduced water consumption since the last drought, officials believe that they have more than enough water for normal use, while the modernization of the massive dam continues.

“It is assumed that this construction can take from two to maybe five years, but this is determined by the process of issuing permits, environmental standards. We need to make sure that we do it in a safe way, and we do it in accordance with the laws and regulations, ”Hawk said.

As part of the reconstruction process, the Anderson Dam will be partially destroyed, and its infrastructure will be replaced with more durable materials.

8 signs of a tourist: how residents of Northern California recognize visitors