A group of Spanish experts conducts an investigation after they found characteristic lesions on the legs of people whose coronavirus test later showed a positive result, writes The Sun. 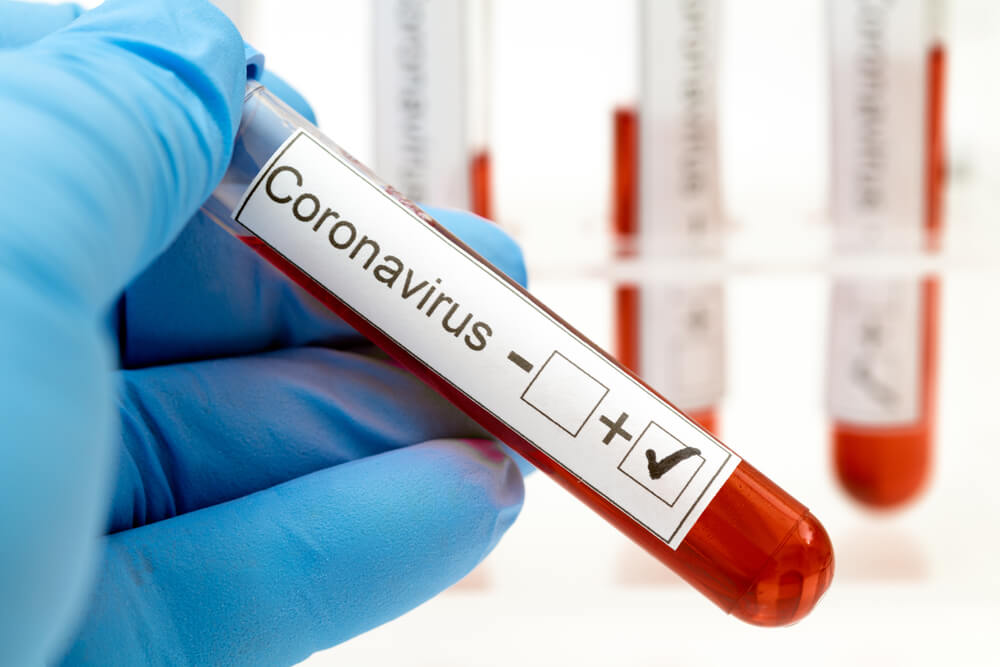 In the General Council of the Podiatric Colleges of Spain (podiatry is a branch of medicine dealing with the treatment of diseases of the foot and lower leg, ed.) stated that this could be an early indicator of a deadly virus that has already infected nearly two million people worldwide.

In a statement, representatives of the Council said that “numerous cases” in which patients with coronavirus had foot injuries were found in Italy, France and Spain. According to them, this “curious discovery” has been witnessed by both dermatologists and orthopedists.

This symptom was most often detected in adolescents and children with coronavirus, but there were lesions in some adults.

“These are purple lesions (very similar to those of chickenpox, measles, or frostbite) that usually appear on the toes and heal without leaving a mark,” the statement said. "However, it is clear that due to the short observation time, we still cannot talk about scientific evidence."

The International Federation of Podologists has reported one of the first cases after a lesion appeared on the leg of a 8-year-old boy on March 13. Initially, they were thought to be caused by a hermit spider bite, but the teenager later developed symptoms of Covid-19.

On the subject: Scientists have identified non-obvious symptoms of coronavirus: a list

After studying his family’s medical history, doctors discovered that his sister and mother had a fever, cough, and shortness of breath 6 days before the boy first became injured.

Dr. Sarah Jarvis, General Practitioner, said: “We know that many infections are associated with an increased risk of blood clots forming in various blood vessels. Perhaps these marks are due to clots blocking the blood supply to the small blood vessels in the legs. It could also be something completely different - we do not know yet, but you can be sure that scientists will study this issue. "

The new study also showed that an increasing number of young patients classified as asymptomatic share a common symptom - loss of smell and taste. Professor Nirmal Kumar, president of ENT UK, an organization representing experts in ear, nose and throat diseases, says anyone who develops anosmia should self-isolate immediately, even if they have no other signs of illness.

People also claim they have had other unusual symptoms as well. For example, a “hiss” feeling under the skin. A woman from Great Britain, after a strange tingling sensation, felt as if she had been "dipped into an icy lake." Others report changes in bowel habits such as having to go to the toilet more often or diarrhea.

Experts also argue that testicular pain may be an early sign of coronavirus: a group of scientists from Harvard Medical School filed a statement that a 42-year-old man with a positive virus test was admitted to the hospital with "stitching pain" in the testes. Although doctors found no problems with this organ, a scan showed damage to his lungs and was diagnosed with Covid-19 two days later.

On the subject: Half of those infected with coronavirus have no symptoms: why is it bad

Dr. Jarvis said: “It may seem that everyone is talking only about Covid-19, but in fact less than 4 months have passed since he was first diagnosed. This means that it is still a very new virus, and we learn more about it every day. Every week, it seems, new symptoms appear. It is hard to see if they are caused by a virus that infects the body.

That is why in different countries they create applications that allow people to track their symptoms. The more people report their symptoms, the more doctors will know about them. A recently discovered symptom of loss of smell was found in 400 Britons who thought they had a coronavirus.

“Such diseases have existed before”: the doctor said why you should not panic because of coronavirus

'I seemed to have a piece of meat, not a throat': five stories of people who recovered from COVID-19