Home In the U.S. Heavy rains, floods and landslides: the record tropical storm Cristobal moves towards the USA

Cristobal's tropical storm, the third storm named after the 2020 Atlantic hurricane season, formed over the southwestern Gulf of Mexico on Tuesday, June 2. On the same day, a storm rained on Mexico and parts of Central America, threatening severe floods and landslides. On Wednesday morning, June 3, he reached the borders of the Mexican states. What to prepare for Americans, says AccuWeather. 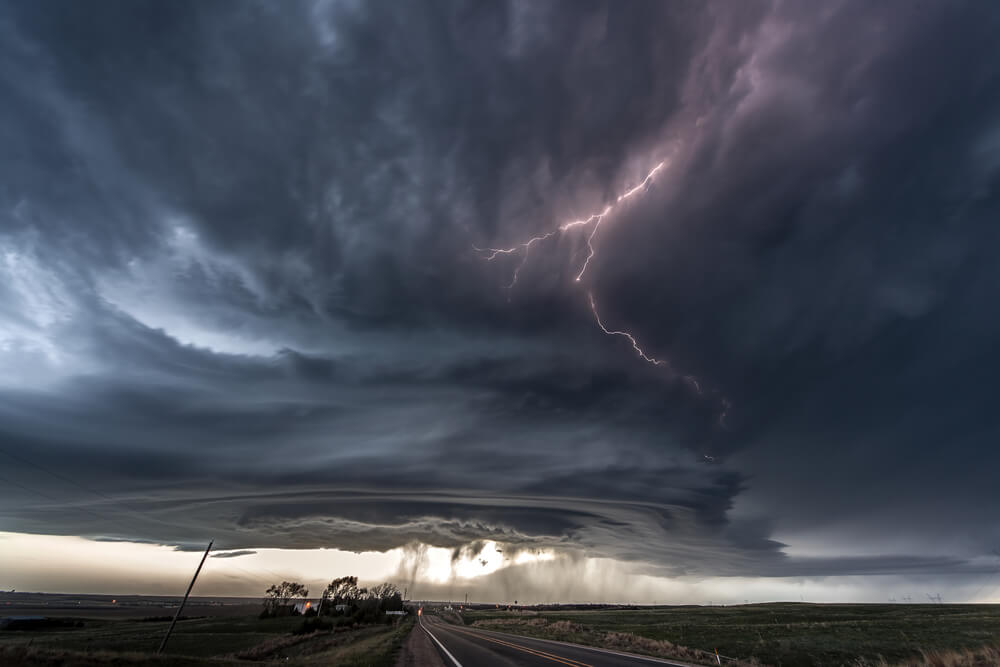 With the transition of the weather phenomenon to the status of a tropical storm, a new record was set for the Atlantic basin. Cristobal was the earliest appearance of a third weather system with a name in the Atlantic basin during any hurricane season in human history.

The season of 2016 was previously record-breaking; Colin's tropical storm, which formed on June 5, helped him make history. Cristobal walked around him for 3 days.

The name Cristobal was used recently, in 2014, then it appeared in late August. The same list of names is used every 6 years, unless the storm is unusually strong or deadly.

On the subject: Hurricane season officially begins in the USA: what to prepare for and what to stock up on

A lot is happening this #WednesdayMorning as @NOAA's #GOESEast watches the #sunrise across the #Atlantic. We can see #TropicalStorm #Cristobal in the #GulfofMexico as well as a large low pressure system swirling near Europe.
Explore the world: https://t.co/1BImgN6NGN pic.twitter.com/QAgndQKdel

Last year, the Atlantic basin reached the letter “C” in names faster - a tropical storm Chantal formed on August 20, 2019 over the open Atlantic and weakened after 3 days.

The water in the Gulf of Mexico is warm enough to support the tropical phenomenon. As of June 2, the sea surface temperature was low to medium in Campeche Bay, the region where the storm was. Wind shear is another factor contributing to the strengthening of the system. And since it rotates above the ground, regardless of the strength of the tropical storm, the main blow that it inflicts will be expressed in heavy rains.

“The most immediate concern is heavy rains that can cause life-threatening floods and landslides in southeast Mexico, Belize, and northern Guatemala for most of this week,” AccuWeather meteorologist Courtney Travis said. It is predicted that the average rainfall before June 4 will be from 250 to 500 mm (10-20 inches), and the maximum - 760 mm (30 inches).

“The most severe rains are likely to occur in some coastal areas and over higher terrain,” said Rob Miller, AccuWeather Senior Meteorologist.

A look from above, at what we're now calling Tropical Storm #Cristobal.

The system is forecast to begin moving northward across the Gulf of Mexico by this weekend. However, it is too soon to specify the location and timing of any potential impacts along the US Gulf Coast. pic.twitter.com/EEfKrION2W

Currently, air flows in Central America are weak, so a tropical storm can move very slightly until Thursday, June 4. It is predicted that the system will make a small loop over southeastern Mexico.

It is possible that the storm can completely weaken after being pushed deep into Mexico, but AccuWeather meteorologists do not consider this the most likely scenario starting on Wednesday, June 3. If this happens, any new system that develops on the shelf is likely to zero out the storm naming process again. The tropical storm Amanda, which developed over the eastern part of the Pacific Ocean and became deadly after provoking floods in Central America, was originally part of this system.

“The new system in the Atlantic basin may not go too far into Mexico,” Dan Cottlowski, senior meteorologist at AccuWeather, explained. In this case, the system will retain the name Cristobal.

“If he moves north while the high pressure zone weakens, a storm could hit the central coast of the Gulf of Mexico, perhaps near Louisiana. This will happen early in the morning or evening on Sunday, June 7, ”said Kottlowski. “If this does not happen, then it is expected that this weekend, June 6 and 7, in the central and southeastern United States, high pressure will be restored, which could force the system to move to Texas at the beginning of next week.”

Residents of the southern United States should monitor the strength and progress of this tropical system, meteorologists recommend.

Despite the fact that the system may proceed to the south of Mexico and after some time weaken, there is a significant probability that later it will move north through the Gulf of Mexico, where it can again gain strength and move towards the United States.

“It is too early to speak with confidence about the scale and nature of the impact of the tropical system on the United States,” Kottlowski said.

On the subject: Dozens of devastating storms: US residents face an unusually harsh hurricane season

Flooding in the south ranks first in the list of concerns due to the fact that the storm may slow down after moving to the US next week, although the exact strength and direction of the system is still unclear.

Two pre-season storms, Arthur and Bert, formed in warm waters off the southeast coast on May 16 and 27, respectively, and Bert's storm hit landfall in South Carolina.

By 2100, half of the world's beaches will disappear due to climate change

List of names and forecast for hurricane season 2020 unveiled