Home In the U.S. The cruise ship with the Americans is not allowed in any port because of the coronavirus, although there are no patients on board

The cruise ship with the Americans is not allowed in any port because of the coronavirus, although there are no patients on board

The Pacific cruise, which a family from Michigan decided to celebrate college graduation and victory over disease, turned out to be more stressful than expected, as the ship has been unable to find a port to receive it for several days, all due to the outbreak of the coronavirus in the world. USA Today. Moreover, there are no patients and quarantine on board. 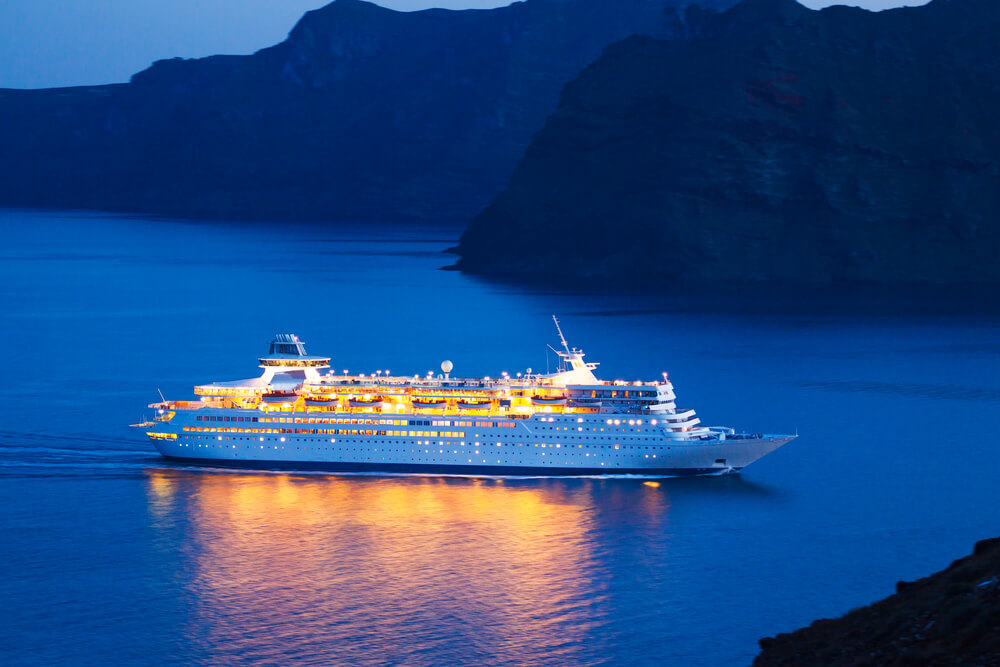 “We're just swimming in the middle of the ocean,” said Steve Muth of Onstead, Michigan, who boarded Holland America's MS Westerdam on February 1 with his wife Jane, daughter Kate and her boyfriend Eric. "We have been denied every port, every country since we left the port of Hong Kong."

There are no known cases of coronavirus on board, despite reports to the contrary, the cruise line said, and Westerdam is not in quarantine.

Precautions are triggered by the fears of the states of the world that a new strain of coronavirus, which first appeared in China in December, infected 10 people worldwide and killed 40 (according to WHO data as of February 554), and it will become a pandemic if it is not stopped.

“I think we are heading to Vietnam, maybe Malaysia, Cambodia, I'm not sure - they are not telling us yet,” Steve Muth said in an interview. "We have no known cases on board, but there is a great fear that someone might have the virus and bring it into their country."

Holland America announced that it plans to disembark people in the near future.

“We can confirm that we received preliminary permission for the port of disembarkation next week,” - confirmed the representatives of the cruise ship on February 8. The statement was made by Eric Elveyord, director of public relations, although he did not name the location of the vessel.

“However, before we receive final confirmation, we must do a full passport check of all guests and crew members to make sure no one has traveled in mainland China in the past 14 days,” the statement said. "We know that our guests, like us, are eager to receive confirmation at the port."

On the subject: The epidemic is spreading: the number of Chinese coronavirus infected on cruise ships is growing

Earlier during the cruise, the ship was forced to miss a port call in Manila after the Philippines did not allow foreigners to land. Subsequently, entry into the ports of Japan and Guam was denied.

Unlike Diamond Princess, the Princess Cruises cruise ship that stays off the coast of Japan after dozens of passengers on board tested positive for coronavirus, Westerdam is not quarantined, according to Mut and Holland America itself.

The Diamond Princess, aboard which 1045 crew members and 2666 guests, sent passengers to quarantine in their cabins until February 19, after the traveler who left the ship on January 25 gave a positive result for coronavirus.

Representatives of Holland America, however, said their passengers and crew were safe and able to move freely around the ship.

“We have no reason to believe there are any cases of coronavirus on board, despite media reports,” the cruise line said. - The ship has enough fuel and food to last until the end of the voyage. We provide free internet access and telephone for guests and crew members so that they can stay in touch with their loved ones. "

In addition, according to representatives of the cruise line, 1455 guests were given a full refund and a future loan for the cruise. On board are also 802 crew members.

Holland America has canceled the next cruise scheduled for February 15 in Yokohama, Japan.

Mut said the cruise was originally supposed to end in Shanghai, but the destination was changed to Tokyo. However, on Thursday, February 6, Japanese Prime Minister Shinzo Abe said that passengers would not be allowed to go ashore, and the cruise line was looking for an alternative plan.

On the subject: U.S. Immigration makes statement on coronavirus outbreak: what you need to know

Mut, 57, who lives about an hour's drive from Detroit, said his family went aboard the ship after an 18-hour flight to Hong Kong, and the cruise line checked passengers for the risk of coronavirus before boarding.

“Everything seemed to be all right,” he said. "That all the precautions have been taken."

Muth said his family decided to go on the cruise after serious health problems. He said he broke his leg, had cancer and had neck surgery. The trip, he said, was a celebration of life and victory over diseases. In addition, he added, his daughter recently graduated from Eastern Michigan University - the family wanted to celebrate that too.

“We have good food, good entertainment, the company was outstanding,” Muth said, adding that he had nothing to say about the cruise line. “It’s a little unnerving when we don’t know if we will have to go through quarantine on our return. We do not know".

US citizen dies of coronavirus in China