Home In the U.S. Coronavirus in the US: 2000 deaths per day, the country came in second in mortality

Coronavirus in the US: 2000 deaths per day, the country came in second in mortality

In the USA, nearly 2 thousand infected with COVID-19 died per day. This figure has been the highest since the start of the epidemic in the country. Authorities point out that the vast majority of those killed by the virus are African and Hispanics, reports RBC. 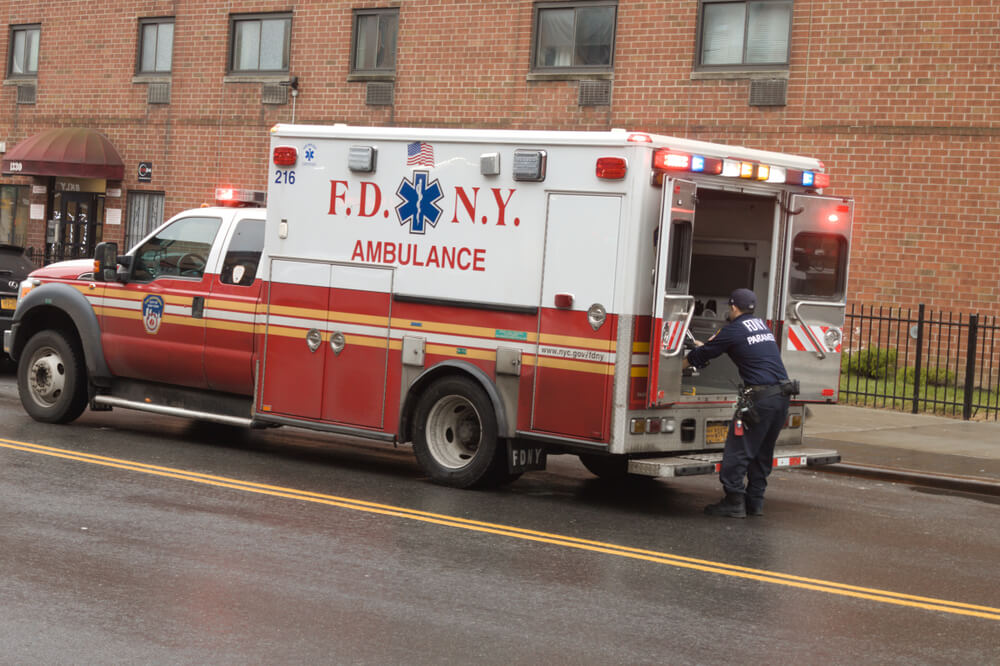 The United States recorded a new daily record for the number of deaths from COVID-19. Over the past 24 hours, 1973 people have become its victims. About it writes The Wall Street Journal (WSJ) with reference to data from Johns Hopkins University.

The largest number of deaths occur in the states of New York, New Jersey, Louisiana and Illinois, the newspaper notes. The absolute leader in this indicator is New York, where over the past 24 hours a daily death record was set - 779 victims. In total, 6268 people died from coronavirus in the state.

On the subject: Coronavirus Effect: Millions of US Homeowners Can Save Thousands of Dollars a Year, But Don't Know About It

According to the site “News“, Previously Spain was the second in mortality from coronavirus, the number of people infected in the country reached 148, 220 thousand deaths were registered, 14,7 were cured. Currently, 48 cases of COVID-121 have been recorded in the United States, 435 have died people recovered 128 19.

According to WSJ, according to recently published data by New York State authorities, here African-Hispanic and Latino Americans make up a disproportionate share of COVID-19 deaths.

According to Anthony Fauci, director of the National Institute of Allergic and Infectious Diseases of the United States, the African American community is at greater risk for diseases, including a new type of coronavirus. He encouraged both young and old African Americans to take additional precautions and continue mitigation efforts. Fauci noted that the problem of racial inequality should in no way touch upon the issue of human health.

“What we can do today is to warn people most at risk from getting into a situation leading to death,” he said.

“We have a very, very powerful year ahead, because you know what awaits us,” Trump continued. “We need to do this.” Believers need to do this. We must win. So I just want to thank each of you. I'm always here".

Trump's conversation with religious leaders took place on the eve of Easter and Passover.

The conference call was also attended by Vice President Mike Pence, who thanked the religious leaders for their efforts to promote social distance, even if this means that parishioners cannot gather in religious buildings.

“The president says that we will defeat the coronavirus and return stronger than ever. It was the faith of the American people that laid the foundation for this great return, ”Pence said.

After brief speeches by Trump and Pence, three religious leaders talked about how their organizations provide assistance in a pandemic.

Trump praised one of these leaders, evangelical leader Franklin Graham, for setting up a field hospital in Central Park in New York City with his organization Samaritan Purse.

Graham previously stated that the cause of COVID-19 is sin and that humanity has “turned its back on God.” During a conversation on Wednesday, April 8, he thanked Trump and Pence for their work in overcoming the crisis.

“Mr. President, we want to thank you and the Vice President for your leadership,” Graham said. - Our country would be in trouble if you were not the president. I shudder at the thought of the situation we might be in. ”

Meanwhile, former President Barack Obama warned that, despite the first signs of the effectiveness of social distance measures, canceling them before introducing well-established testing and monitoring can nullify the progress made.

On the subject: Coming Soon: When and How You Can Find Out the Results of the DV-2021 Green Card Draw

"Social distance flattenes the curve and eases pressure on our heroic physicians," Obama wrote on Twitter on Wednesday, April 8. “But it will be possible to move away from the current policy only after the key point is a powerful testing and monitoring system that we have yet to implement throughout the country.”