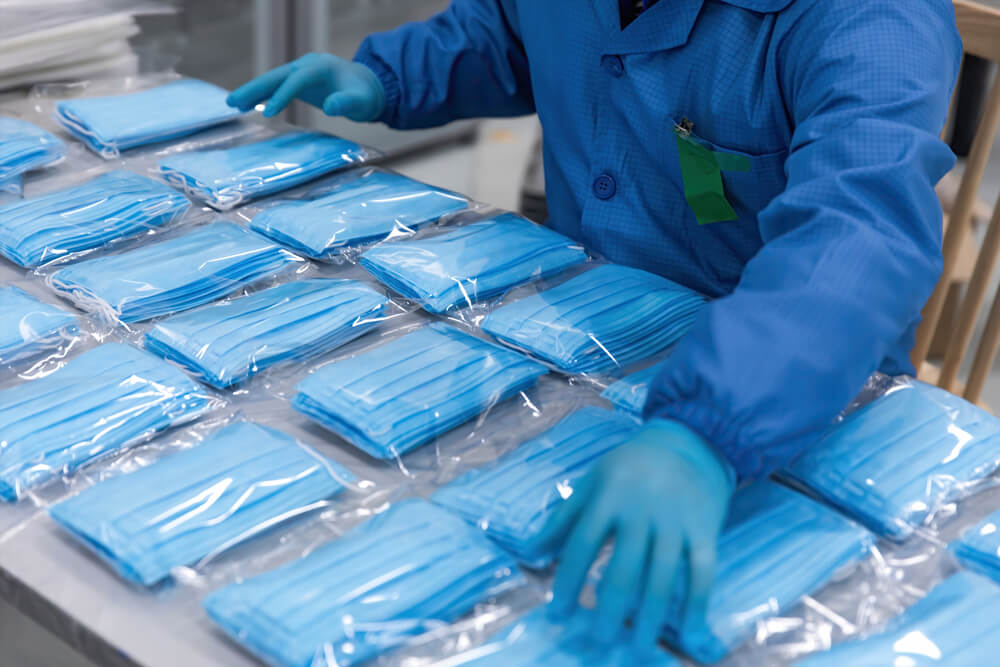 According to Andreas Gisel, head of the Berlin Department of the Interior, a batch of US-made FFP2 masks destined for the Berlin police was confiscated in Bangkok and sent back to the United States.

The American corporation that produces these masks was forbidden to export its medical products to other countries under the law of the Korean War, which was applied by US President Donald Trump.

On Friday, April 3, Trump said that under the law on the production of defense products, he requires American companies to increase the supply of medical goods to meet the country's needs.

“We urgently need these products for domestic consumption. And we must get them, ”Trump said.

According to him, the American authorities received at their disposal almost 200 thousand respirators N95, 130 thousand surgical masks and 600 thousand gloves. However, he did not specify how all this fell into the hands of the Americans.

On the subject: Light at the end of a coronavirus: 4 reasons to remain optimistic during a pandemic

Andreas Gisel said intercepting masks destined for Berlin was essentially an “act of modern piracy,” and urged the Trump administration to abide by international trade rules.

“This is not the case with transatlantic partners,” he emphasized, “even in times of global crisis, methods of the Wild West cannot be applied.”

Comments similar to Gisel are also heard among representatives of other European countries who are unhappy with aggressive US purchases.

Regional leaders in France, for example, complain that Americans are buying medical supplies from under their noses.

The head of the Ile de France Regional Council, Valerie Pecresse, compared the battle for medical masks with the treasure hunt.

“I found a batch of masks, but the Americans, - and here I’m not talking about the American government, - so, the Americans went around us, they offered three times more and were also ready to pay the money in advance,” complains the French politician.

Meanwhile, a spokeswoman for the US Department of Homeland Security told reporters on condition of anonymity that US companies and the government pay well above the market price for medical supplies purchased abroad.

The official said that the United States will not stop until “we have everything in abundance,” and such purchases abroad are likely to last until the end of August.

“We will take everything we can into our hands,” the source said.

Earlier, the World Health Organization announced that it was revising its recommendations on the rules for wearing masks in public places.

Currently, WHO believes that masks do not provide sufficient protection against infection, which would justify their mass use.

However, some countries, including the United States, take a different view.

Trump announced on April 3 that the Centers for Disease Control (CDC) would now recommend that Americans wear non-medical tissue masks to combat the spread of the virus.

As of the morning of April 6, almost 338 thousand cases of Covid-19 infection were registered in the USA, this is the highest rate in the world, and by a wide margin from other countries.

In total, more than a million people have been infected with the coronavirus worldwide, of which nearly 70 thousand have died.

The American company, whose masks never reached Berlin, said the presidential administration had ordered it to stop exporting N95 respirators manufactured in the USA to Canada and Latin American countries.

The company warned that such a demand would entail serious humanitarian consequences and force other countries to respond in the same way.

President Trump himself said he applied the Law on the Production of Defense Products to “hit hard on the company,” but did not go into details.

This law, adopted in the 1950s, allows the president to force companies to produce goods for defense purposes.

Speaking with reporters on April 3, Canadian Prime Minister Justin Trudeau noted that it would be a mistake to obstruct or reduce trade.