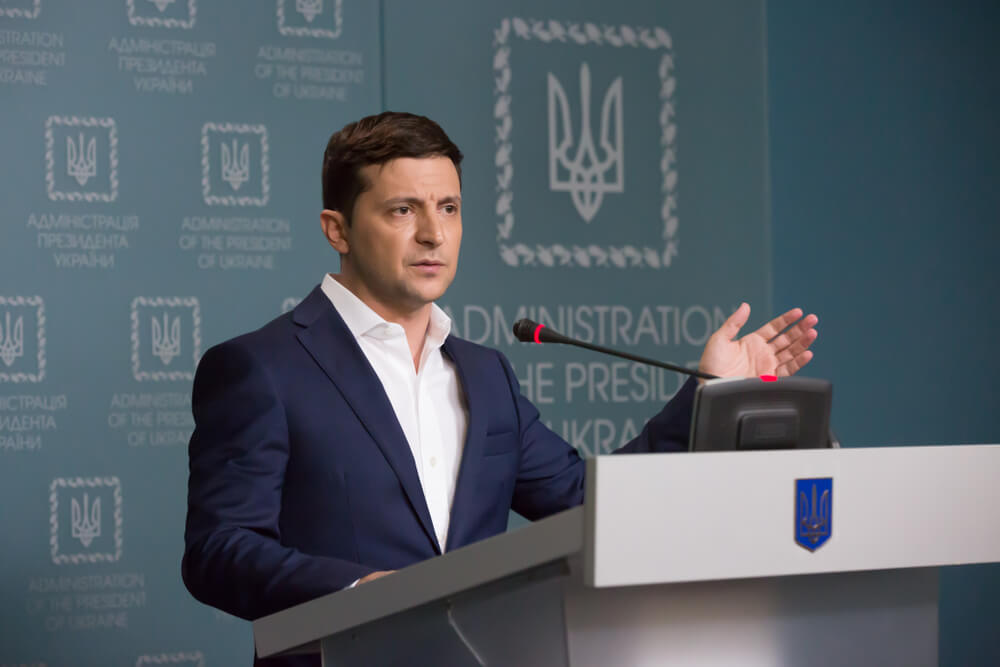 Thus, official Washington reacted to statements by President Zelensky, which can be interpreted as an attempt to influence the presidential election race. The essence of the statements is described below.

In particular, one of the interlocutors said that a telephone conversation took place between senior officials of the State Department and the Ministry of Foreign Affairs of Ukraine.

“The State Department contacted the Ukrainian Foreign Ministry and very strongly made a recommendation that Ukraine refrain from influencing and interfering in the US election campaign. There is a hope that this will be heard, ”said the source.

The Department of State expressed concern about allegations of an investigation regarding the content of negotiations between President of Ukraine Petro Poroshenko and US Vice President Joe Biden. As you know, Biden should become one of the candidates for president of the United States in the elections to be held in November 2020.

Other interlocutors said that representatives of the State Department spoke with MPs, responding to information about the possibility of creating a parliamentary VSK on this matter. In particular, according to one of the sources, the State Department believes that this scandal has "Russian roots."

The actions of the office of the Attorney General, as well as the statement by President Zelensky regarding the criminal investigation into the negotiations between Poroshenko and Biden, may cost Ukraine the loss of bipartisan support in the United States, "European truth".

The essence of the story

It all started on May 19, when Andrei Derkach, a non-factional People’s Deputy (former member of the Party of Regions) held a press conference where he released an audio recording in which a person whose voice resembles the voice of President Petro Poroshenko reports to the man with the voice of US Vice President Joe Biden about the release of Attorney General Viktor Shokin and talks about the reforms the United States has been pushing for.

Poroshenko's party "European Solidarity" denied the authenticity of the recordings, calling them "a Russian provocation that has nothing to do with reality."

Derkach insists that the records "testify to the facts of international corruption and treason at the highest state level" and "clearly show ... Ukraine was led by Biden."

We are talking about the events of 2016, when during a visit to Kiev, Joe Biden put forward a strict demand to dismiss the then attorney general Viktor Shokin, making it a condition for the provision of state guarantees of a loan of $ 1 billion by the States.

Earlier, Biden admitted that he resorted to such blackmail. In 2018, speaking at the U.S. Council on Foreign Relations, the former vice president said that he put the Ukrainian authorities in a tough choice.

“I said: I am leaving in 6 hours. If your attorney general is not fired until then, you will not receive money. And that bitch son was fired. In his place they put someone who was trusted at the time, ”Biden said.

That is why the new records were not sensational.

On the subject: $ 6000 for Harris and $ 1000 for Biden: Trump donated money to the political campaigns of his opponents

However, on the same day, the office of the Prosecutor General opened criminal proceedings under the article on high treason and abuse of power or official position, and Vladimir Zelensky confirmed at a press conference: he “knows that this can be qualified as high treason”.

These events instantly returned Ukraine to American domestic politics and media space. This information was picked up by the leading American media and political players. And their comments are enough to conclude that the new Ukrainagate is becoming a real prospect, the newspaper notes.

“This (disclosure of audio recordings) is just the tip of the iceberg,” The Washington Post quoted Trump's lawyer Rudolph Giuliani, and the son of US President Donald Trump Jr. posted a video on Tvitter commenting that this is “not the best conversation” for an American official.

What do polls talk about Trump and Biden's chances of taking the presidency in 2020, and what does Obama have to do with it

Free Tuition, Grants, and Grants: How Democrats Promise to Change US Higher Education