Home Educational program What not to do with the phone so that it does not explode: 13 rules

What not to do with the phone so that it does not explode: 13 rules

Recently, one of the residents of India phone exploded right next to her facewhile she slept. The woman died. Bright Side spoke about several important rules for the safe use of gadgets so that a tragedy does not happen to anyone else. 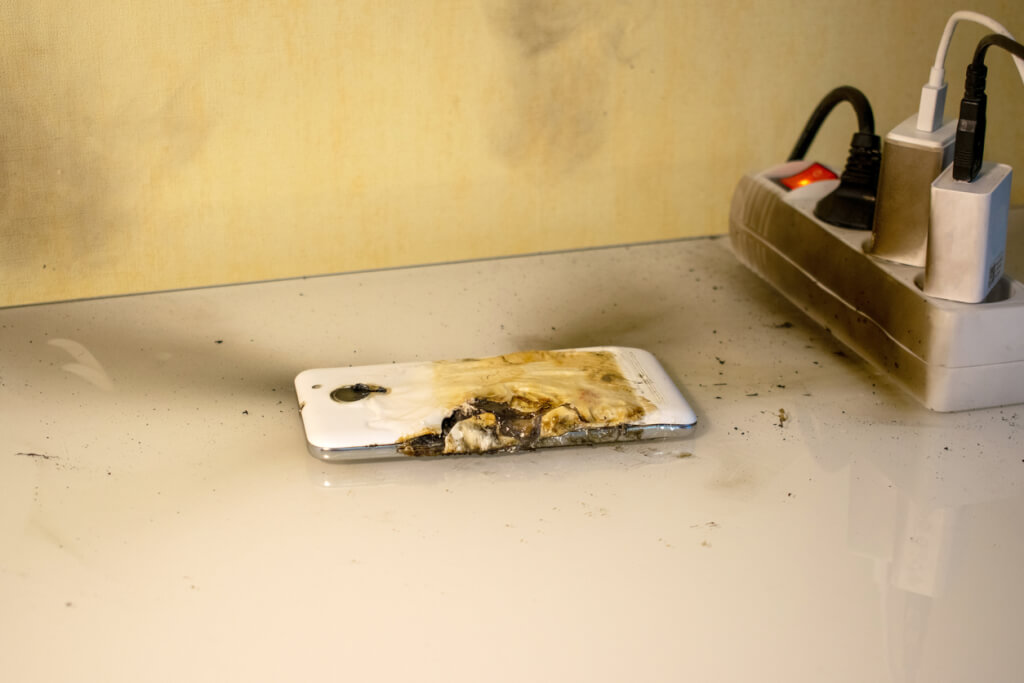 The greatest danger in smartphones are batteries. We will talk about them.

It turned out that the resident of China phone exploded because of the battery, which was counterfeit. This battery was replaced in a local workshop a few days before the accident. And the girl at the time of the explosion did not use the phone and did not charge it.

This case perfectly demonstrates that you should not use non-certified repair services and buy third-party batteries.

2. Throw the battery on hard surface

An external battery (Power Bank) is also dangerous under certain circumstances. So, last summer at the Ataturk International Airport in Istanbul, one of the passengers began to argue with a security officer: the latter forbade a man to bring the gadget inside. The man did not cope with the emotions and with a force threw the device on the floor. There was a small explosion and smoke. Fortunately, there were no casualties, but people still had a slight panic.

On the subject: We are being watched through phones: how to set up eavesdropping protection on Android and Apple

This case eloquently says that Batteries (both external and conventional) require careful handling.

At the beginning of this year in China, in a shop of machinery, a certain man bought himself an iPhone. Suddenly, he decided to check the battery for a tooth in the literal sense of the word, as a result of which it exploded. The man was not injured, as he managed to react, however, like other visitors. But the blast was pretty powerful, as the video says. He later said that he had done so to check the battery for authenticity and durability.

This incident proves that biting or nibbling batteries is dangerous to health and should not be done in any way.

4. Fall with the phone in your pocket

The council may sound silly, but nobody is immune from falls. And if, in the event of a fall, the smartphone in your pocket bends, then it is likely that the battery will deform, which is fraught with excessive heating and even fire. So, a few years ago, a guy fell down badly from a bicycle and bent his phone along with the battery. As a result, he received a second-degree burn. And one schoolboy from the United States just sat on the phone, which made him burst into flames.

In general, these cases prove that you need to be more careful with smartphones.

The quality of non-original chargers, in particular those that cost a couple of dollars, most often quite nasty. It is cheap power supplies that cause fires due to overheating or an explosion of capacitors. Of course, the chargers themselves should be used carefully, without bending the wires (as shown in the photo above, for example).

You should also be wary of buying fast chargers with high output voltages and currents (3 amps and up).

6. Talking on the phone while charging

In addition, it is undesirable to use the phone while it is on charge. So, this spring, an 18-year-old girl died in India because of a phone blast. Her brother, who was nearby, later reported that her sister had almost lost her phone during a conversation with relatives. She decided to connect it to the charge, without stopping the conversation. And then there was an explosion. The girl with injuries was taken to the hospital, where she died.

No wonder they say: "Once a year and a stick shoots." Therefore, in order to avoid trouble, it is better not to use charging during a call. In extreme cases, use a Bluetooth headset.

Also do not do the following

7. Charge the phone in the heat and in sub-zero temperatures.

8. Continue to charge your smartphone if it is very hot.

9. During sleep, put the phone next to you. Even on the bedside table.

10 Leave your phone charged overnight (in case you have a cheap charge). Try to charge it during the day.

11 Exposure of the smartphone to prolonged exposure to direct sunlight (for example, leaving it on the "torpedo" of a car or in the front seat, on the beach, etc.).

12 Use the phone connected to the charge while taking a bath.

13 Ignore situations when the battery is quickly discharged, and do not contact the service center.

How one battery in a luggage can destroy a whole plane.

Why it is undesirable to charge a mobile phone all night

How to use a mobile phone in cold weather