Home culture Russian Film Week and Exhibition on Feminism: How to Spend a Weekend in New York (January 22-24) 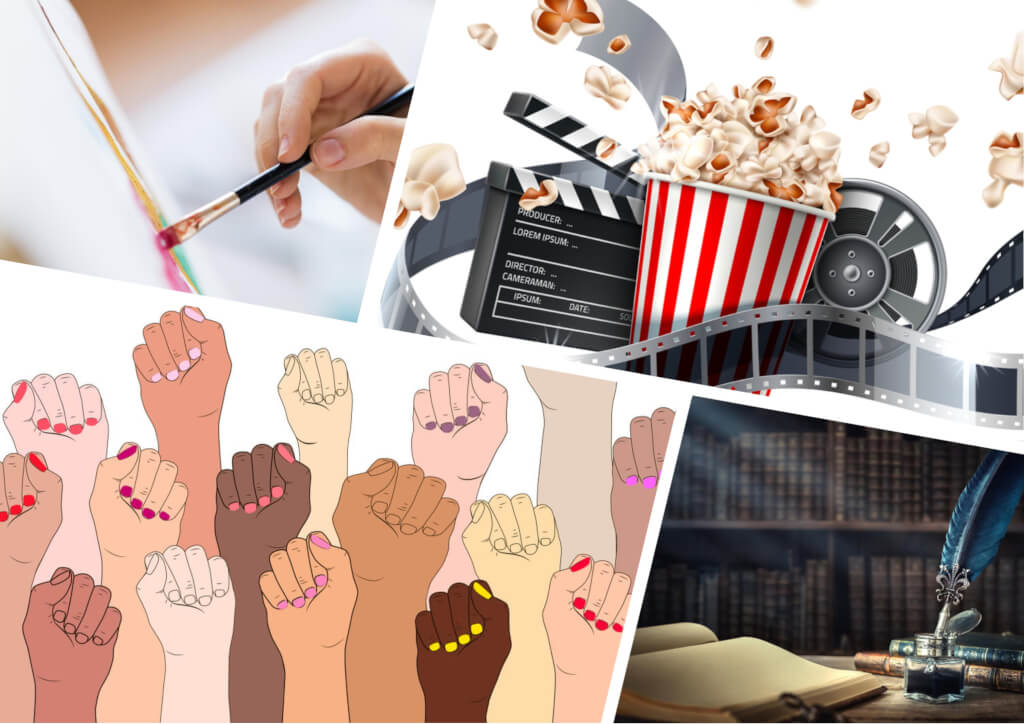 What: Exhibition about feminism

More: Today, issues related to women's rights, the protection of the elderly and the environment are critical for many North Americans, especially in the context of the #MeToo movement, the COVID-19 pandemic and the ongoing mining of fossil fuels. The artists in this exhibition deal with the special ways in which Indigenous communities are dealing with these and other challenges, referring to decolonization efforts, women's aesthetic traditions, indigenous eco-criticism, gender fluidity customs, violence against indigenous women, and indigenous futurism.

What: Exhibition of works by Aidas Bareikis

More: Spectropia is an exhibition of new works by the Lithuanian artist Aidas Bareikis. It will feature twenty works from the artist's current Spectropia series. The name comes from the work of J. Brown "Spectropy, or Amazing Illusions, showing ghosts everywhere and of any color." This book was published in 1864 in New York at the end of the American Civil War. Concerned about the growing belief in the "spirit world" and public interest in spiritualism in pre-war America, J. Brown published a book on "optical illusions" or "after-images of ghosts" - phosphenes, internal electrical charges produced by the retina, in the hope of debunking the idea of ​​the reality of ghosts. ... Bareikis draws a parallel between Brown's "ghostly moment" and the phantom state of our time, when archaisms of pre-modern imagery haunt the "moment of the closed eye" of postmodernism.

What: Literary evening in Ukrainian

More: Poetry exists, it is written and read regardless of the season, however, in cold weather, poetry resonates with us in a special way. The winter theme is not only New Year's and Christmas attributes, but also the feeling of muted time, questions, results and hopes. It is poetry that returns to us the feeling of the depth of language, the beauty of refined thought and harmonious coexistence with the world.

This event will include poetry readings in Ukrainian.

More: One of the largest farmers' markets in the city takes place every Sunday in New York. Here you will be provided with a huge selection of fresh produce from local vendors, as well as unique items created by artisans in New York.

In addition, guests are waited by entertainments, tasty treats and drinks.

From 23 to 29 January, New York will host the Russian Film Week 2021 festival. The program of the film forum includes 10 films, for most of which it will be premiere screenings in the United States.

What: Screening of the film "Choi"

More: Pavel Shelest was the right guy. He did not like sharp turns, he always tried to do the right thing. But he was unlucky: on August 15, 1990, on the hot Sloka-Talsi highway, Viktor Tsoi's Moskvich crashed into his bus. The idol of millions died on the spot. Pavel did not know anything about Tsoi, did not listen to his songs. Nor did he know that after this fatal collision his life would never be the same again.

What: Screening of the film "Streltsov"

More: Eduard Streltsov, 20, is a rising star of Soviet football. Going to fight Pele at the World Championships, he loses everything when accused of a gruesome crime. Since his future looks hopeless, Streltsov must once again earn the love of the nation.

What: Screening of the film "Side Effect"

More: In this gripping horror movie, a home invasion disrupts the happy life of Andrei and Olya. Now Andrey's only dream is to erase this terrible night from Olya's memory. A desperate search leads him to a waterfront home where the mysterious healer Mara promises to provide a special medicine ... with some disturbing side effects.

What: Screening of the film "Deeper!"

What: Screening of the film "Shtetl"

More: The film tells the secret story of small Jewish towns of the former Soviet Union. These cities, or shtetls as they were called, were once home to the largest Jewish population in the world. Only a few survived the Holocaust, and those who survived were in the territory of modern Ukraine and Moldova. In these small and remote towns of the Soviet interior, hidden from the world behind the Iron Curtain, traditional Jewish life continued for decades after disappearing everywhere. Close-knit communities sustained themselves by providing goods and services to their non-Jewish neighbors. Ancient religion, Yiddish language and folklore, ritual cooking and sophisticated craftsmanship have been practiced, preserved and passed down from generation to generation until recently.

The film tells the story of nine completely different people who are now scattered around the world, and once belonged to Jewish and non-Jewish townships. Their memories are a farewell to the vanished world of the shtetl, a mixture of cultures that many peoples once called their home.

Dear readers! Please note that due to the epidemic of coronavirus infection, some activities may be canceled or rescheduled for other dates. Therefore, before visiting, we recommend checking the information on the sites of the organizers.

But we have collected many interesting events for you online:

In addition, look for interesting events for every day of the week in our calendar... Come in, find out, share with your friends. Before visiting, check the organizers' websites for details and locations of events, as they may change.

Keep us informed about what is happening in your city. Send information about events for the Russian-speaking diaspora by mail ad@forumdaily.com.

Inexpensive items not worth buying at Costco

Prostitution in the USA: facts you have long wanted to know, but hesitated to ask