Home New York The sky over New York: how the movement of helicopters over the busy city

The sky over New York: how the movement of helicopters over the busy city

In the summer, street crime has traditionally increased in New York, and hooligans and pickpockets hunt for tourists. But now an additional few hundred policemen will be on duty in the busiest areas: the authorities decided to strengthen police calculations on the streets of the city. NYPD helicopters are also going to engage in patrols. 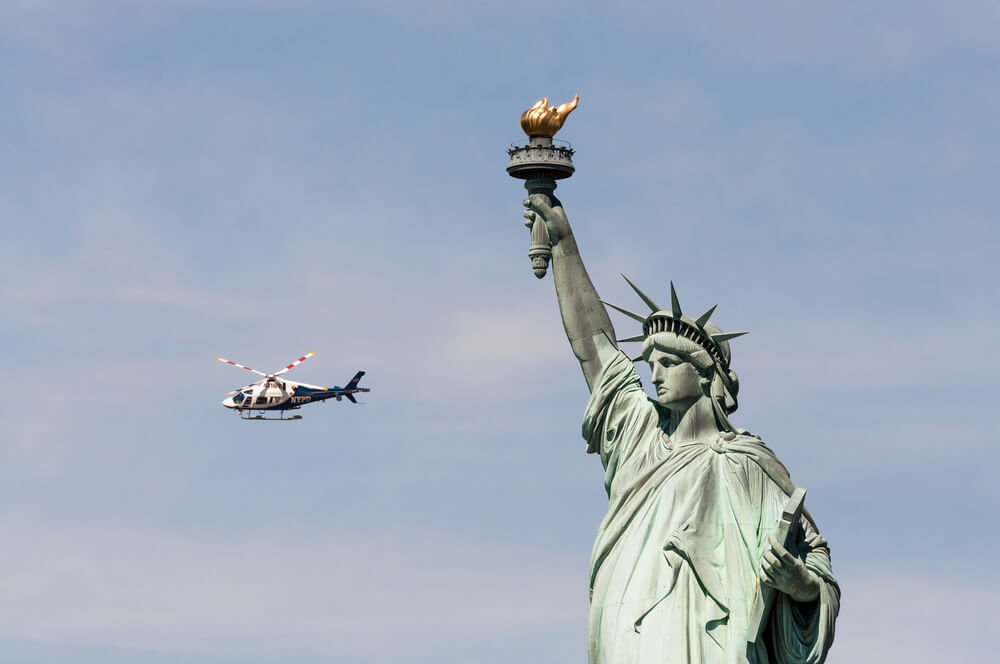 Edition Rtvi found out how the movement of helicopters in the sky over New York.

Dozens of helicopters ply the sky over New York — police, doctors, and TV crews. And all of them simultaneously circling over the city, raising the question of how it is possible to control all this helicopter fuss.

26-year-old Trevor Cadigan, a journalist from Dallas, came to New York for an internship. Flying at sunset over the metropolis, and even in a helicopter without doors, with an incredible view is a dream. Trevor managed put this video in my Instagram just a few minutes before the crash.

After some time, the engine suddenly failed at the helicopter. A few seconds of an emergency drop, and he began to sink into the water. Only the pilot managed to escape - he unbuckled his seat belt and got out of the cab.

In an emergency, passengers were unable to unfasten their seat belts and get out of the helicopter. The rescuers, who arrived at the wrong place a few minutes later, cut the belts with knives, but it was too late - all five passengers died.

The investigation of the disaster is still ongoing. But the authorities of New York, without waiting for the final conclusions of the experts, banned the helicopters without doors to land and take off in New York. True, this changed little. The crashed car belonged to the company Fly NY ON. Her helicopters with the doors removed are still flying over the city. Because they are taking off not in New York, but in neighboring New Jersey - at a private airfield in the town of Kearney.

Tourists go through a short briefing there, all their things are secured with carbines so that they do not fall out during the flight.

“This is your life jacket. It will have to be used if we make an emergency water landing. I'll tell you about it in headphones. You take out your vest and put it on. There is a cord here, you pull it and it inflates. Inflate only after you leave the helicopter! ”, The pilot explains to the passengers, handing the vests. 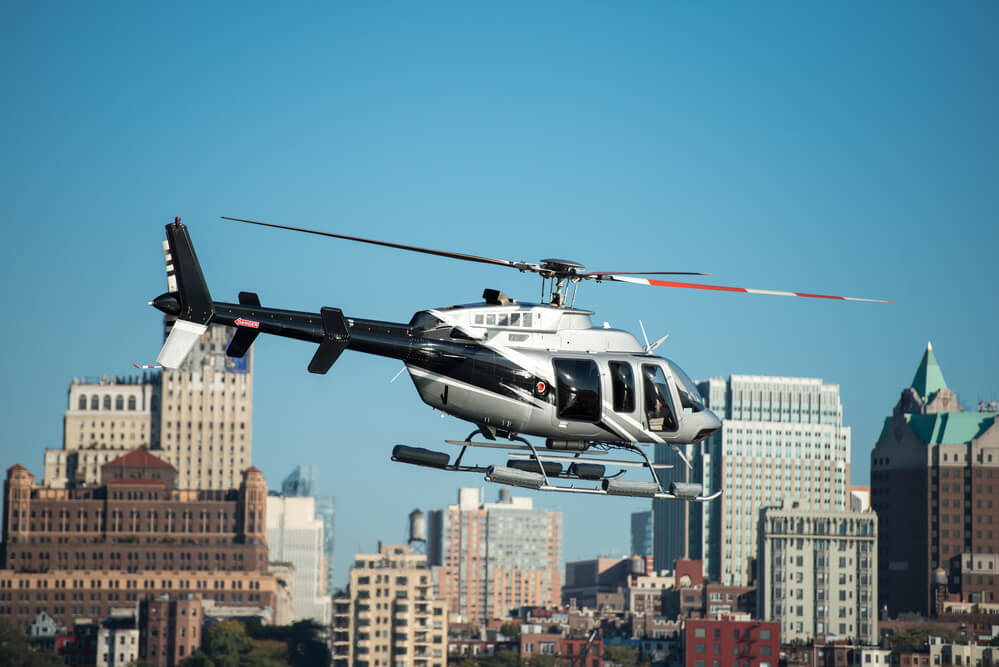 After the crash on the East River, a carrier from New Jersey replaced the seat belts to make it easier for passengers to free themselves in the event of an emergency landing. And the tourists are clearly reassured. Every day, dozens of people pay $ 249 per 19 flight minutes or $ 500 per half hour.

“I believe that flights without doors do not affect safety at all, that is, they can only affect the safety of people on the ground, if, for example, something falls out, say, a camera,” said Dmitry Avdeev, instructor pilot.

According to him, Lower Manhattan is a unique place in the US airspace. This intense movement of helicopters is nowhere else in the United States.

Avdeev says that there are points where the movement is most dense, for example, over the Statue of Liberty, which everyone wants to see. That is, the dispatcher in turn passes each of them along the desired route, as a rule, it simply makes it possible to circle at different heights. Thus, at the same time there can be several helicopters at once at different altitudes. Moreover, the majority of helicopters and small aircraft over the Hudson fly at all without the help of controllers - according to the rules of visual flight.

“Visual flight is almost like driving a car. You see obstacles and must avoid them, ”explained pilot Frank Dalia.

Of course, pilots are helped by instruments. And the special rules that apply to New York. For example, all flights to the south - over the right bank of the Hudson, and to the north - over the left.

“There is a special zone over New York - this is the area over the Hudson River. Additional rules apply here. You need to inform the dispatcher that you are entering this area, you need to report to the dispatcher about the passage of certain points. There are a few more features that make driving easier. At the same time, you must obtain a special license from the federal authorities in order to fly over this zone, ”said Dalia. 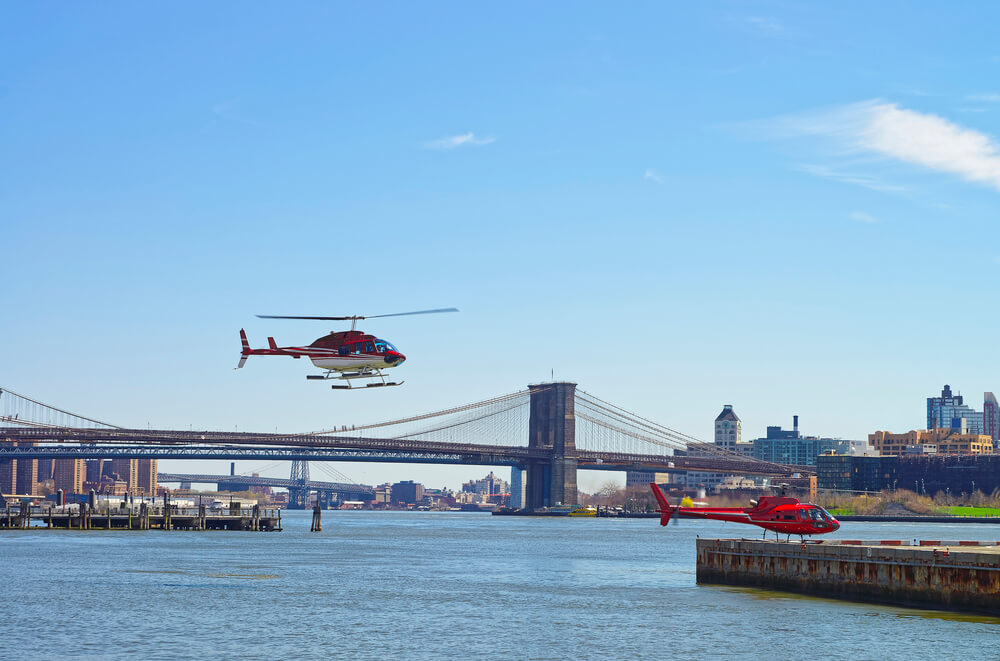 These additional rules are due to special security measures. Helicopters over New York are becoming more and more. And services are becoming more diverse. Fly not only tourists. The cars - at police, doctors, at the largest city TV channels.

In addition, aboutcarefree New Yorkers are accustomed to using helicopters as a routine means of transportation, helicopters even being called “Uber for the rich”. Take-off area in the very center of the city, registration takes just a few seconds, you can drink a glass of wine - and go to the landing.

From the center of New York to the main resort of the local elite, the Hamptons, fly half an hour. A single ticket costs $ 795. But the most popular service is the express delivery of wealthy passengers from the center of Manhattan to the airport. The flight will cost $ 195, that is, about three times more expensive than a taxi ride.

“This road by car would take two hours. The helicopter is flying in five minutes. We cooperate with Deltaif you fly with this airline, you land at the airport, and you don't even need to go to the terminal - you will be immediately taken to the plane. That is, you save about an hour more, which you usually spend at the airport for check-in and screening, ”said the head of the helicopter company Blade Rob Wiesenthal

But the city authorities are concerned about the prevalence of helicopters.

“We must ensure that helicopters fly at different echelons, higher than now. On other routes, in a limited amount of time, "said Paul Walon, Member of the City Council of New York.

According to him, The main problem is that helicopters are noisy and produce a lot of emissions.

New York authorities cannot intervene in aviation security issues. After the completion of the investigation into the East River disaster, the government promises to tighten the rules for carriers. But they emphasize that it is safe to fly by helicopter in the USA. Since 2000, the number of incidents has decreased by half. There have been only three crashes in New York over the past 11 years.

Rules of life: how much money you need to live in New York