Home Our people 'Do not lose faith in a miracle': how an immigrant from Ukraine supports the homeless in Colorado

'Do not lose faith in a miracle': how an immigrant from Ukraine supports the homeless in Colorado

An immigrant from Ukraine turned his passion for collecting medicinal herbs in the Colorado mountains into a project to support the homeless. A difficult test of fate pushed him to charity, says "Voice of America". 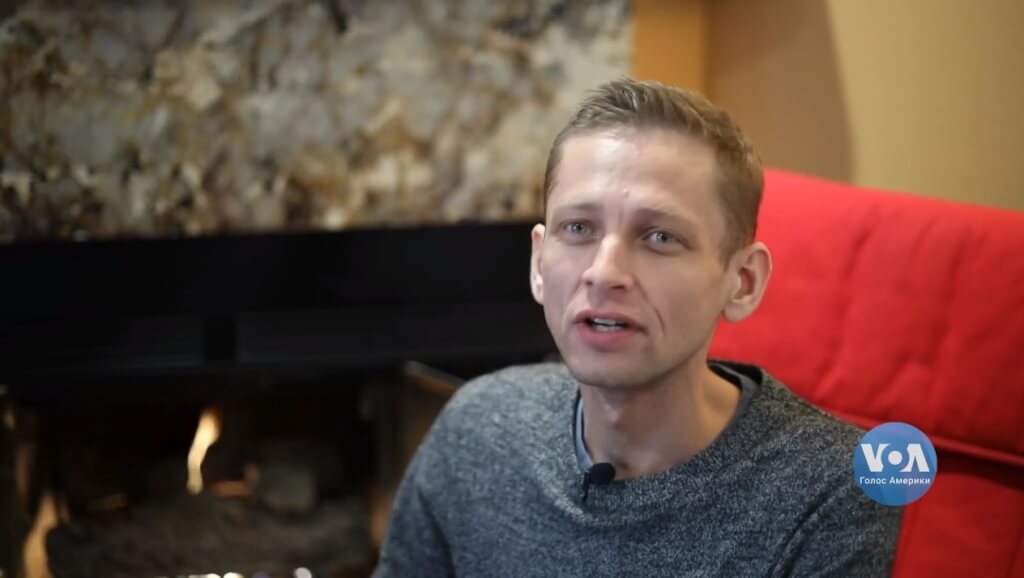 The holiday is a time of generosity and charity. However, there are people who faithfully help throughout the year. A resident of Denver in Colorado, an immigrant from Ukraine Leonid Starodubtsev at one time went through a difficult period. Then he felt the support of friends and society. After a difficult operation and rehabilitation, he had a desire to express his gratitude. The man started an unusual business project and started helping local homeless people.

On a Sunday morning, an entrepreneur warms homeless people with tea in downtown Denver. A year ago, an immigrant from Kharkov opened a business project for the collection and sorting of herbal teas. For Leonid, this is not just a means of earning money, but also a way to do charity work.

“This tea project was created with the goal of making premium quality organic herbal tea for people, which helped me during my treatment,” says Leonid. - Also, the idea of ​​the project is to help people who are in difficult life situations. Our help includes food, fuel, money, and advice on how to fill out paperwork. ” 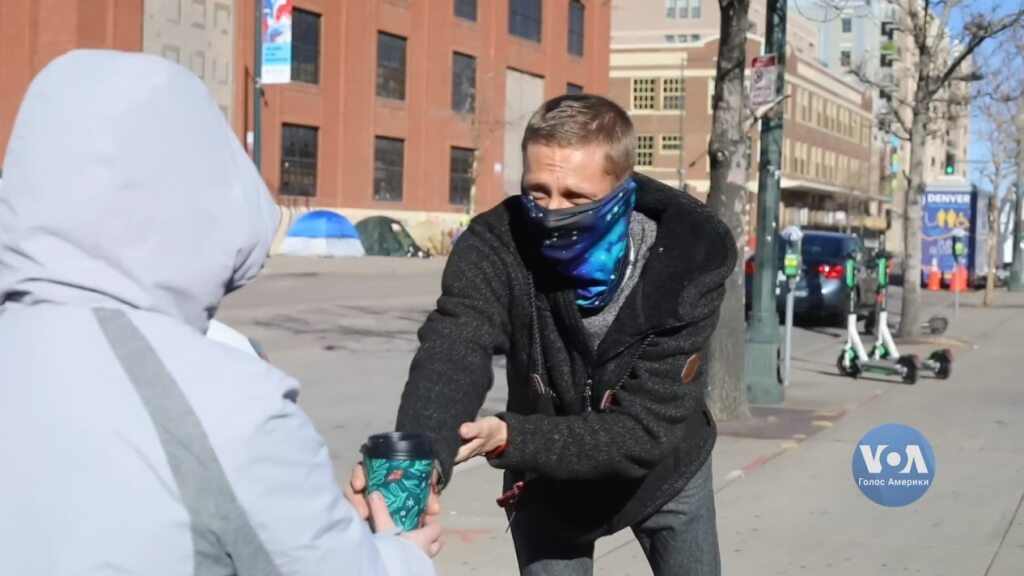 Several years ago, the man underwent a major kidney transplant operation. Before and after the operation, Leonid felt the support of the community and charities. Therefore, when he got to his feet, he had a desire to express gratitude.

“During my illness, many people helped me, first of all this community, as well as local publications,” says Leonid. - They published my story, and I have never experienced such support as then. I am very grateful for this and therefore also want to help those who are going through hard times. " 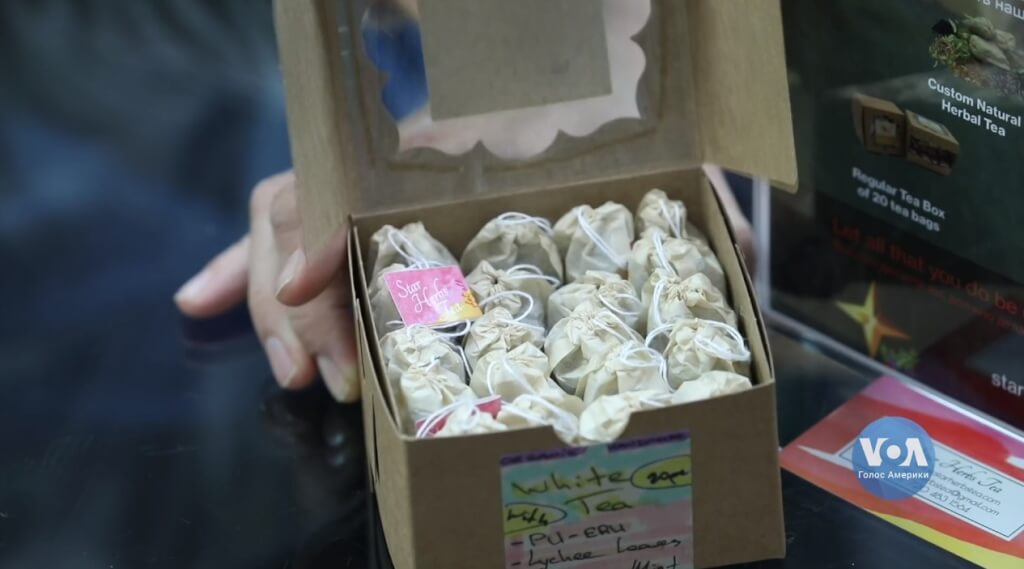 In Ukraine, Leonid graduated from the Kharkov State University of Nutrition and Trade. Starting his own business and offering a high-quality and useful product is his old dream.

“During the rehabilitation period, I walked a lot in the mountains,” says Starodubtsev. "I studied the beneficial properties of herbs, began to collect them and brew teas at home."

On the subject: 'Shchedryk' in American style: the US Air Force Orchestra touchingly congratulated Ukrainians on the holidays

Leonid's teas are popular with the local community, immigrants from the post-Soviet countries. He offers his customers more than 50 types of herbal preparations. One of the top suppliers, he says, is a Florida-based company that supplies lychee leaves. According to Leonid, this is a useful product for the restoration of renal activity. Other states supply red rose, mint, thyme, rooibos, chamomile. 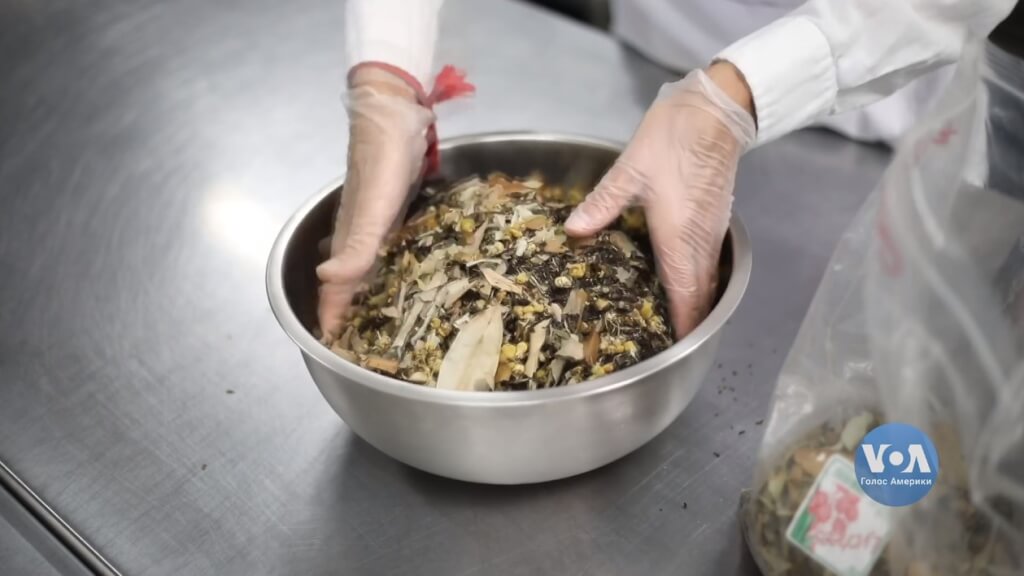 Business has opened up opportunities to help others. Starodubtsev hands out his business cards to the homeless and offers them help and work. So Edmond got to work for him. This man has psychological problems, he ran away from home and lived on the street for some time. Leonidas tries to help Edmond establish contact with his mother.

“I often go to the city center and talk to the homeless,” says Leonid. “I learn the stories of how they ended up on the street and try to help as much as I can.”

After the coronavirus pandemic, Leonid plans to establish cooperation with local cafes and restaurants, which will allow him not only to expand his business, but also to increase help to others.

“I wish everyone never to lose faith in a miracle and to know that there are people nearby who are ready to help,” says Leonid.

'I would like us to have a Disneyland': Zelensky spoke about the plans and problems of Ukraine

Hollywood star of Ukrainian origin: the USA honors the memory of the host Alex Trebek