Home World The omicron is not as scary as it is painted: why you shouldn't panic because of a new strain of coronavirus

The omicron is not as scary as it is painted: why you shouldn't panic because of a new strain of coronavirus

It is not surprising that a new variant of the coronavirus, which the world learned about just a week ago, was found in several countries at once. And this despite the fact that many countries immediately reacted and closed their borders. Why this strain is not as dangerous as we think, the publication told with the BBC. 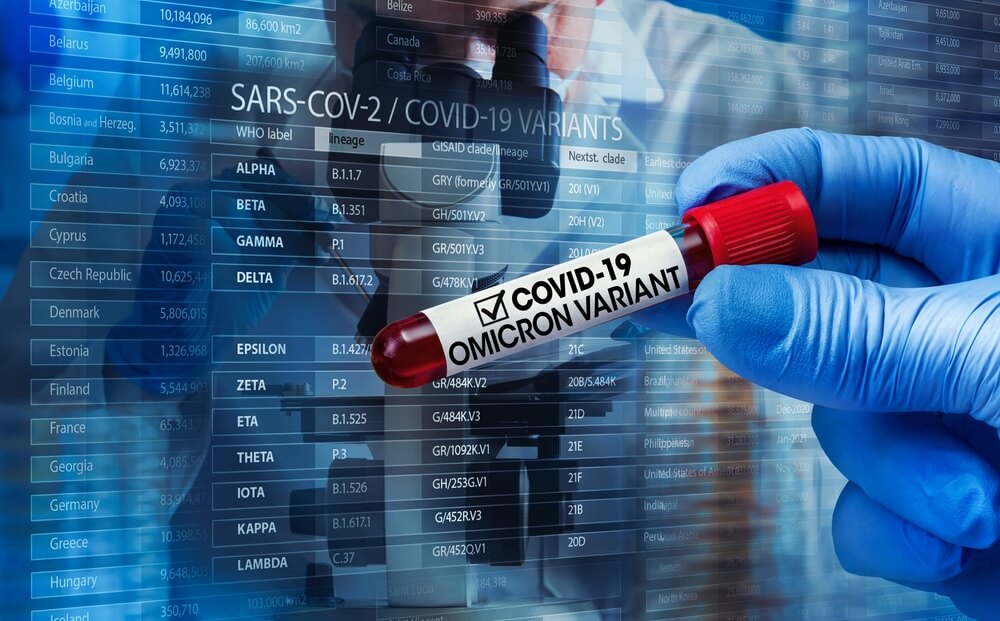 The scientific approach is based on the analysis of previous observations, and therefore always does not keep up with the rapidly changing reality. Especially when it comes to an infection that manifests itself at best after a few days, and in many patients it goes away without any symptoms at all.

In February last year, when experts from the World Health Organization (WHO) were still hoping to keep the outbreak of a new disease within, if not China, then at least the Asian region, the virus, as we learned later, had long penetrated America and Europe.

Approximately the same is happening now.

On the subject: Because of him, borders are closed and an emergency is introduced: what is known about a new strain of coronavirus that has worried WHO

Therefore, we must understand that the closure of borders and the strengthening of other restrictive measures around the world is not intended to stop the spread of the virus (this is hardly possible in principle), but to slow it down. To gain time to better study the properties of the new variant and understand how much more dangerous it is than its predecessors - and whether it is even more dangerous at all.

As experts unanimously say, it is too early to panic. Today we cannot even argue that the new variant is more infectious - not to mention the severe course, mortality rate and other data.

However, with regard to infectiousness, the evidence is not yet in favor of the new strain. Omicron was discovered after scientists drew attention to a wave of infections in South Africa. Over the past three weeks, the number of new cases there has increased almost 13 times - from 275 to 3 daily.

It is logical to assume that three dozen mutations in the composition of the protein that make up the spines of the viral corona became the cause of such an outburst at once - it is he who helps the virus to enter our cells. However, this version does not yet have laboratory confirmation, and the new wave of infections has other possible explanations.

After all, in South Africa, only about 24% of the adult population received a full course of vaccinations, so, as noted by the WHO, it is possible that it all started with some single case of mass infection.

The same applies to other concerns: neither the increased lethality from Omicron, nor the ability of the new strain to bypass the immune defense, have not yet been scientifically confirmed. And it will take at least several weeks to prove this or refute.

Now, the only thing that can be argued more or less confidently, experts say, is that Omicron seems a little easier to re-infect those who have already suffered from COVID-19.

There are also several reasons for optimism at once.

First, South Africa has an excellent system for detecting new pathogens and well-equipped laboratories (not least because of the HIV epidemic), so Omicron was found quickly enough. This means that timely restrictive measures will almost certainly work better than they did in the case of Alpha and Delta.

Secondly, even if the available vaccines prove to be less effective against infection with the new variant, the immune protection against severe infection and death remains high. And representatives of Pfizer even promised to provide the first batch of the new version of the vaccine, adapted to the new version, in 100 days.

And thirdly, judging by the preliminary data, Omicron is much easier to transfer than Delta.

Patient complaints are mainly associated with increased fatigue, headache and muscle pain. But the loss of taste or smell in none of the infected with the new strain has not yet been recorded.

But the main thing is that none of the new patients was found to have a sharp drop in the level of oxygen in the blood. This means that there is no need for hospitalization: at least while patients are treated mainly at home.

In addition, most cases of infection in South Africa are now recorded in patients under 40, who generally tolerate COVID-19 more easily than the elderly.

At the same time, doctors note that most of the infected either were not vaccinated at all, or managed to receive only one dose of the vaccine.

When will the COVID-19 pandemic end and what should be feared in vaccinations: the opinion of a Russian-speaking immunologist from the CDC

Pfizer has developed pills for COVID-19: their effectiveness is almost 90%