Home Our people The real Pushkin: how the descendant of a famous Russian poet lives in the USA

The city of Santa Fe in the state of New Mexico is one of the Pushkin centers in the United States. There is a Pushkin Foundation, there is a Pushkin Art Gallery. There is also an explanation for this. Here, in one of the oldest and most exotic cities in the United States, founded by the Spaniards back in 1610, his American Pushkin lives - Kenneth Alan Pushkin. Writes about it "Voice of America". 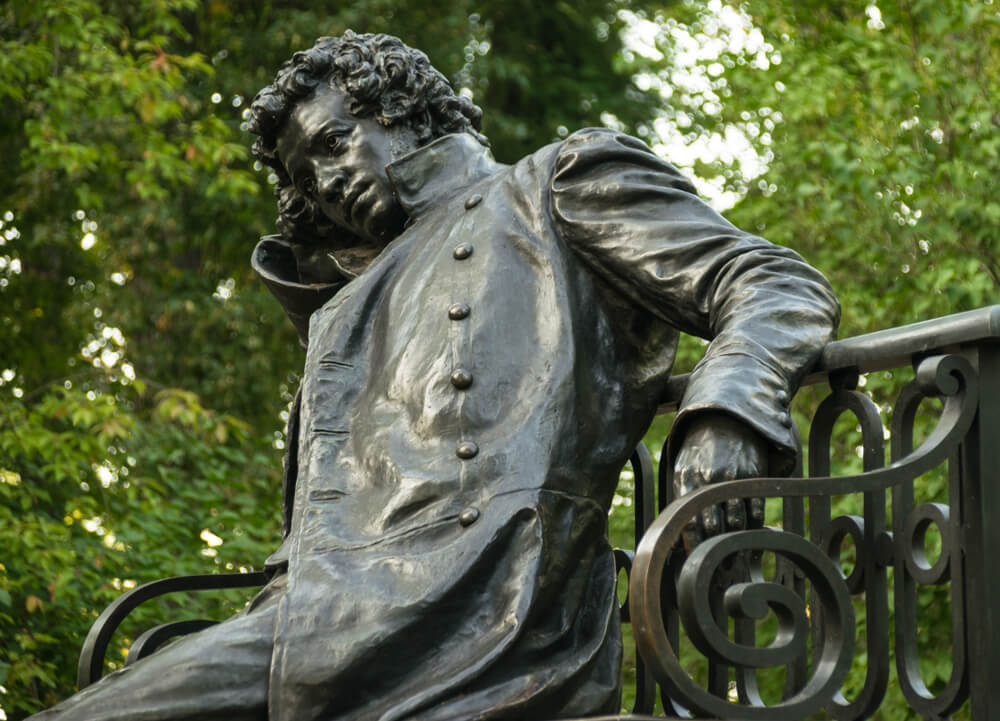 Kenneth says that he has a very distant relationship with the Russian writer Alexander Pushkin, but he still has it.

“In short, I am not a direct descendant of Alexander Sergeevich, but we have common ancestors on the paternal side since the 18th century. They were brothers. And also my family is directly related to the noble family of the Rzhevskys, who were just in direct kinship with the Pushkins, ”said Kenneth.

He even knows that in Russia Lieutenant Rzhevsky is a folk character, jokes are still circulating about him.

“Yes, I've heard about it. But this fictional character of literature, cinema, theater, folklore had a real historical prototype, says Kenneth. - My own grandfather, Isaac Pushkin, who left Russia after the revolution. He fought in the White Army, then came to the USA through China. I was born in Baltimore. In the 20th century, my family lost touch with Russia and lost the Russian language. True, in childhood I was told that the Russian poet Pushkin is our distant relative. But I must confess that I was little interested in this. In the States, you won't surprise anyone with the surname Pushkin, few people know it, and then during the Cold War, the United States was wary of ties with Russia. "

The first Rzhevsky, who bore the rank of lieutenant, was Yuri Alexandrovich, who studied maritime affairs in Italy by decree of Peter the Great. Rzhevsky was one of Pushkin’s great-great-grandfathers.

“I am an ethnographer by profession. For many years I lived in Alaska, studied the culture of the Eskimos and other peoples of the Arctic. A couple of times I even had to accidentally cross the Soviet border. Once it happened during our sea hunting for whales, another time on a plane - in terrible bad weather, when we went astray. These were unintentional border violations. But now I understand that this could end very tragically - because the Cold War was going on.

He discovered Russia and Pushkin through the Bering Strait and Chukotka.

“In 1992, when the Cold War ended, I already officially visited Chukotka, Provideniya Bay. There I met Russian scientists. They were amazed to learn the story of my family. They began to tell that in Russia everyone knows Pushkin. One of the scientists, an excellent expert on Eskimo culture, Mikhail Bronstein, invited me to visit him in Moscow. And already there I met Alexander Sergeevich Pushkin, with whom we became friends, ”says Kenneth.

On the subject: 7 books by American writers that have become more popular in Russia than in the USA

“I'm talking about the modern Russian rear admiral, unfortunately, the already deceased commander-submariner, Alexander Sergeevich Pushkin, the founder of the international Pushkin Society,” recalls Pushkin. - He was a wonderful person: smart, educated, sincere. He sang, drew, wrote poetry, spoke excellent English and French. When I got into his Moscow apartment, at first glance he recognized his own in me: “Here is the real Pushkin!”

“The admiral became for me a kind of“ godfather ”in Russia, completely unfamiliar and incomprehensible to me. Thanks to him, I visited many Pushkin's places: Moscow, St. Petersburg, Mikhailovsky, Boldino. The admiral also inspired me to become a collector of contemporary Russian painting. And now I have a Pushkin Gallery in Santa Fe - a magnificent collection of paintings by Russian artists of the 20th century, ”says Kenneth.

In the Pushkin family, you can meet talented people in various fields of art. Kenneth's hobby is painting and more.

“I compose music in the style of jazz, blues, pop, write songs. Burning my CDs. But this, as they say, is for the soul, not for sale and not for fame, ”says Kenneth.

“True, I only read it in English. But on the other hand, in a variety of translations. For example, in the translations of Walter Arndt and Vladimir Nabokov, says Kenneth, adding that he does not know Russian. - I don't read and hardly speak, but sometimes I sing and still remember some of Pushkin's lines. These are, for example: "I remember a wonderful moment ...".

“I read The Captain's Daughter. And also my Pushkin Foundation produced the production of a musical based on this story to the music of a very popular Russian composer Andrei Petrov. Famous Broadway actors participated in the musical. We staged our musical in Boston, and then at the Hermitage Theater in St. Petersburg. At that time, the US Ambassador to Russia Alexander Vershbow specially came to our premiere in St. Petersburg from Moscow, ”recalls Pushkin.

According to Kenneth, the activities of his foundation in Russia had to be curtailed.

“After restrictive measures were taken in Russia against Western non-profit organizations, the so-called foreign agents, I realized that I would hardly be able to work normally, I would have to deal with reporting alone. You know, bureaucracy in any country is a problem. But in Russia this can turn into a big problem. All the more so if politics is added to this, ”says Kenneth. - But in the USA my foundation continues to operate. I have a lot of archival work. From time to time I organize exhibitions in my Pushkin Gallery, and we also hold events together in the Russian-speaking community of New Mexico and with a local university. "

“My most recent and important initiative on the topic“ Pushkin Legacy ”is participation in the UN Human Rights Project, which promotes international goodwill through art. Every December in Geneva, within the framework of this project, a concert takes place in the Great Hall of the UN Palace. Unfortunately, due to the pandemic, many cultural projects are being postponed, but we are still optimistic, ”added Kenneth.

Also, Kenneth does not forget to celebrate the birthday of Alexander Sergeevich Pushkin - June 6. In 2020, it was already the 221st birthday of the writer.

“There are still restrictions related to the outbreak of coronavirus. On this Saturday day I worked in my garden, looking after my Pushkin archive. There are still a lot of materials that need to be digitized. - says Kenneth. - Yes, even on this day I usually try to call my friends-Pushkinists in other countries, in Russia first of all. Relations between our two countries are not the best now. But I would like to do something else important, useful for the preservation of Pushkin's heritage. I think the great Russian poet Alexander Sergeevich Pushkin deserves this in the 21st century as well. "

Our in exile: how a Russian-speaking designer succeeded in IKEA

Overlap the streets and alter the buttons: how the Chernobyl series was filmed in Ukraine