Home In the U.S. Our musicians conquer the USA: 5 success stories 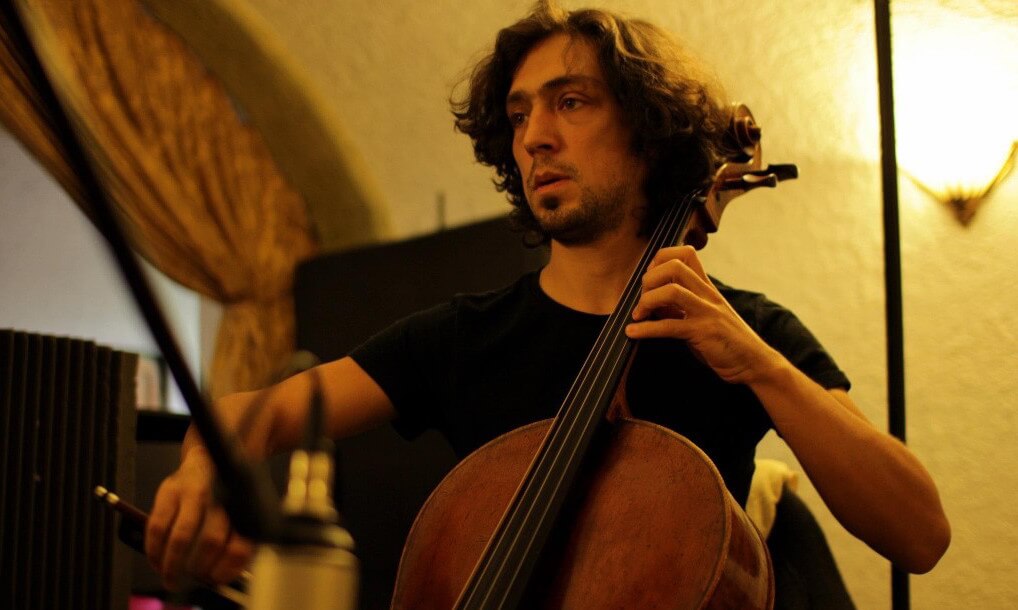 Russians conquer the American musical Olympus. For a long time, it seemed to many that the American music industry and full houses around the world were too tough for immigrants from the USSR. It turned out that the music and songs of Russian performers can break through the top lines of the most prestigious ratings. And some musicians may be seriously interested in the most demanding record studios, getting to which is already a sign that the artist has taken place. Today we have collected 5 stories of musicians and performers who came to the United States from the countries of the former USSR and achieved world recognition.

Performers of classical music are perhaps the most successful and sought after in the United States. Opera diva Anna Netrebko has long earned the status of the most demanded and respected Russian singer. Her voice delights millions of viewers, and her excellent stage parts make us reconsider the idea of ​​truly high-quality music. The artist's personal collection has a huge variety of various awards. Her performances were applauded by the best halls in the world. Most recently, Manon Lescaut was a success in New York. Netrebko performed the main part.

Jan Maxine was born in Peteburgh, moved to the USA in 17 years. It was then, the musician confesses, that he understood the significance of music and cello in his life. The key point was working in the New World Symphony orchestra conducted by Michael Tilson Thomas in Miami.

The road to success has not been easy. Maxine quit his job in the orchestra and began literally all over again as a soloist. And after a successful European tour with a debut concert in Paris and recording a new solo album with his own compositions. The musician admits that he saw that not tens, not hundreds, but tens of thousands of people in different parts of the world enjoy his music.

Fans claim Maxine amazes them with her own style - eclecticism in a completely new format. From Bach's music to Russian folk songs, and from Balkan rhythms to Arabic flamenco.

“I have been playing the cello since I was 6 years old, the guitar since an even earlier age, but I have never been considered a child prodigy. They said that the boy was extremely talented, but lazy. The fact is that then I did not yet have such a passion for classical music, a focus on it. I was simultaneously interested in many things, I loved blues, jazz. Let's put it this way: at the age of 10-13, I spent much more time playing blues guitar than cello. This was at a time when all my classmates were "sawing" for 4-5 hours a day and preparing for competitions. At the conservatory they beat it out of me, mocked me, laughed. And I continued to do my job, listened to Eric Clapton's recordings, filmed guitar solos - doing what I liked and what my heart was in. Nobody knew at that time that 30 years later it would serve me very well, ”Ian Maksin said on RTVi's TV program“ In New York with Viktor Topaller ”.

November 27 Jan Maxine will perform in New York (196 Allen St. New York, NY, 10002), tickets are already available for sale. They can be purchased online. Read more about the speech of Jan Maxine in New York, see the section The calendar ForumDaily.

Regina Spektor is another Russian woman who collects full houses in the United States. Spector was born in Moscow, and in 1989 moved to the United States with her family. Her career as a pianist began in 2000 when she recorded her first album, just for friends. But an acquaintance brought the producer of The Strokes Gordon Rafael to the concert, and he drew attention to the young musician.

And in 2004, the company Sire, a subsidiary of the Warner Empire, was contracted with Regina Spector, with Madonna, Depeche Mode and other albums in its history. In 2006, Regina Spector ranked the top of Billboard magazine - her album Begin to Hope topped the Top Heatseekers chart, the hit parade of the most outstanding young performers, for the first time for artists of Soviet descent.

Gogol Bordello also made their way to the top of the American music industry. The band was founded in 1999 in New York by a Ukrainian émigré Yevgeny Gudzem from Ukrainian and Russian musicians. Punk rockers from the former USSR were appreciated on both sides of the Atlantic. At 2007, Gogol Bordello won the BBC World Music Awards.

The music magazine Rolling Stone included the band's 50 titles for the best 2007 albums of the year, and 100's best 2007 songs of the year. Gogol Bordello collaborated with Madonna.

Eugene Gutz and Sergey Ryabtsev performed the hit of La Isla Bonita with her in the concert London Live Earth 7 July 2007, at Wembley Stadium.

Another representative of the younger generation - DJ Arty - Artem Stolyarov. One of the most popular and demanded Russian DJs in the USA and Europe. During his career, Artem managed to record collaborations with Armin van Buuren, Above & Beyond, BT, Paul van Dyk and many other artists.

Arty has released dozens of releases on major labels - Armada Music Spinnin 'Records and Interscope Records. Stolyarov now lives in Los Angeles and performs at dance festivals and clubs around the world.

Michelle Obama's stunning wardrobe and who pays for it