Home In the U.S. In Utah, student evicted from apartment for suicidal thoughts

An 18-year-old student was evicted from student housing in Orem, Utah, after a homeowner said she violated her contract because last month she "voiced suicidal tendencies" to her neighbors. The Salt Lake Tribune. 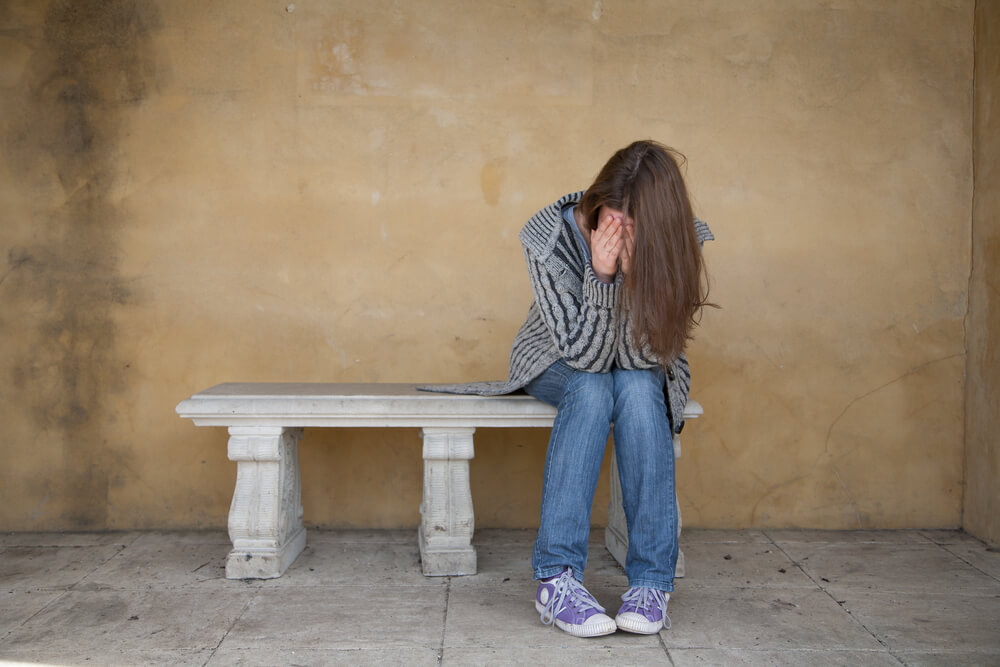 The notice was taped to her door, she found it in the morning. Still wearing her pajamas, she immediately panicked and tried to start packing, she said.

“But I was shaking so badly that I couldn’t move anything,” she recalls.

The publication does not reveal the name of the girl, upon her request for confidentiality regarding her mental health. Her identity was confirmed and The Tribune spoke to a family friend who also saw a letter from the apartment complex. The letter is signed by the landlord and includes the logo of the landlord company, address, telephone number and email address.

Two days after the notification, the girl said she got worse, and her symptoms of depression worsened in the past few days. She has now moved in with a friend and is currently receiving support.

“The owner said I was not allowed to live here because I had suicidal thoughts,” she said. “But that's not something I can handle easily. And it's just insulting. "

She said that she has been suffering from depression for the past two years, after the death of her mom in September 2018. School stress and isolation from COVID-19, she said, made things worse. It was then that she decided to confide in three of her neighbors, two of whom she knew before moving in August this year.

She wanted to explain to them why she rarely left her room and why she did not show up for work (one of them was her colleague). She also recently decided to drop out at the University of Utah Valley. She felt depressed and suicidal and hoped they could help her move on.

According to a family friend, the girl told him that the neighbors brushed her off and said that she was acting out "a drama." After that, she spoke little to them and became even more withdrawn into herself.

Then, three weeks later, she found an eviction note on her door.

On the subject: Do not chew with open mouth, do not lick your fingers: strange rules of a student dormitory in the USA

Her neighbors reported to the housing department. The notification from the landlord begins with the assumption that the girl has violated the lease, indicating specifically two parameters: violation of "quiet use of the premises" and the creation of "danger to human life."

"We have learned that you are expressing suicidal tendencies, which cause ... stress and anxiety in your neighbors," said the notice. - We decided to terminate your contract. We ask you to take out your belongings and find other accommodation in the next few days. "

The letter stated that the final date for the eviction is October 19 - six days after notification.

“I was completely shocked,” the girl said. "I just didn't know what to do."

Nate Cripps, an attorney at the Disability Law Center in Utah, believes a victim can sue the homeowner if she wants to. He said the eviction would violate the federal fair housing law, which protects against discrimination.

Cripps noted that in her place there could be a person with a mental illness.

“This seems particularly egregious,” he added. - There is a person who literally and clearly experiences something to such an extent that he expresses thoughts of suicide. And you turn around and say, "I'm going to evict you." This is a real problem. "

Cripps said that depression is surrounded by stigma, and people often view a person struggling with depression as a "danger."

“It's frustrating and sad,” he said. “It doesn't have to be that way. And I would like to see more compassion. "

The residential complex is exclusively populated by University of Utah Valley students, but is not owned or operated by the university. University spokesman Scott Trotter said that the university sympathizes with this girl, but "we can not do anything if we want to."

On the subject: During the quarantine, Americans began to think about suicide more often: a survey

The woman called a friend who helped her and temporarily moved things to his house. She started looking for a new apartment.

She said she didn’t want to sue the landlord, but she was afraid that something like this could happen to someone else.

“This is what upsets me the most,” she said.

She tried to speak to someone from the homeowner's office but received no response from anyone.